Hundreds of demonstrators marched from Tyler Park to Jefferson Square Park, the site of many protests calling for justice in Taylor's death. 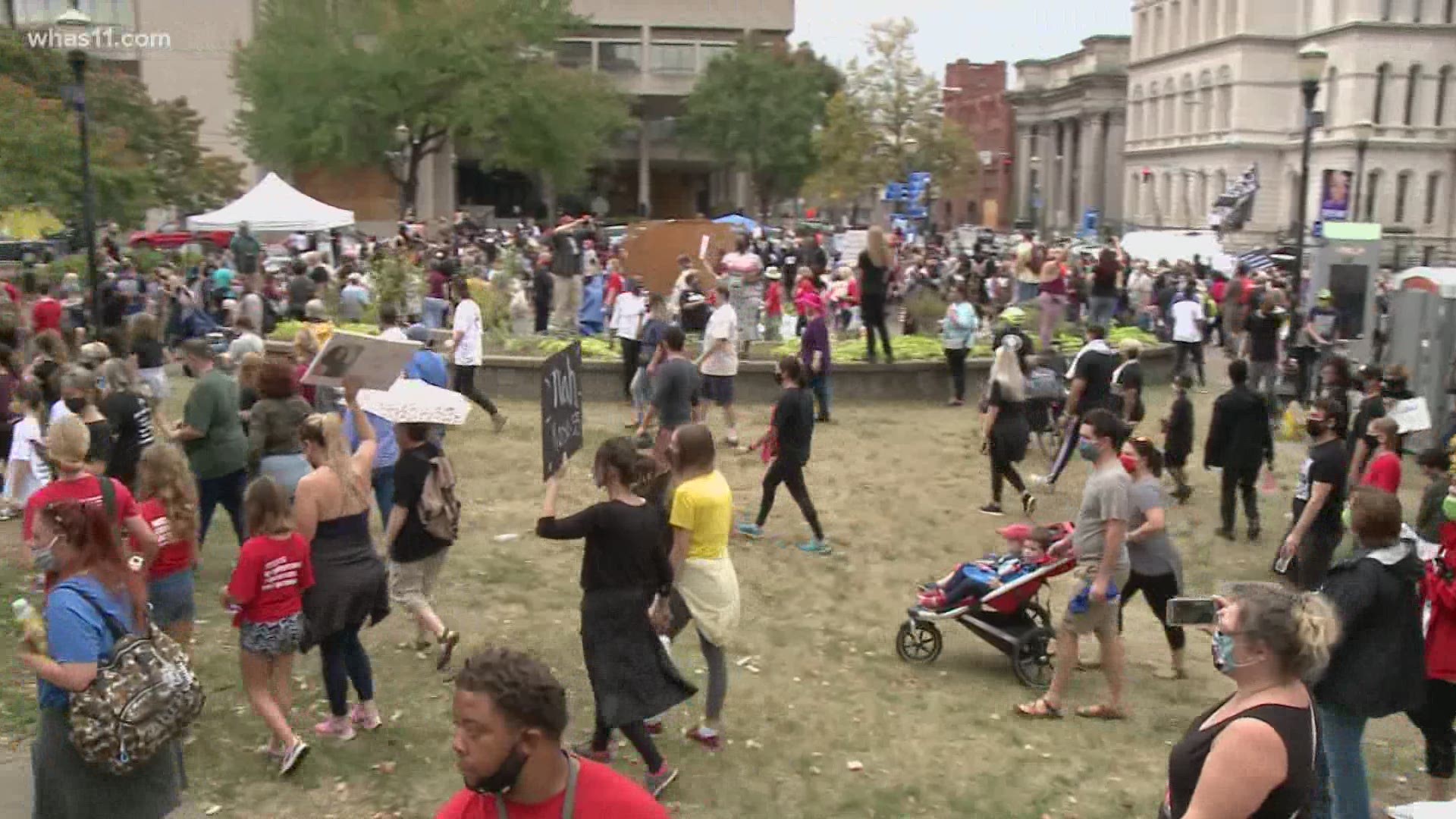 The fallout continues over his handling of the Breonna Taylor Case.

Demonstrators marched from Tyler Park through the Highlands, ending in Jefferson Square Park on Saturday.

Louisville Urban League CEO Sadiqa Reynolds said the investigation was not done to their satisfaction and they are going to keep fighting for justice.

Reynolds said they are going to continue to fight for change and won’t be going back to the way things used to be.

Taylor was killed in early March after a botched police raid on her apartment in Louisville that led to months of protests in Louisville and nationwide.

Grand jury recordings were made public after a judge ordered Cameron to release them.

He currently filed a second motion to keep an anonymous juror from speaking.

His motion argues proceedings and testimony are required to remain secret, saying the unnamed grand juror could jeopardize witnesses and other grand jurors and "set a dangerous legal precedent for future grand juries."