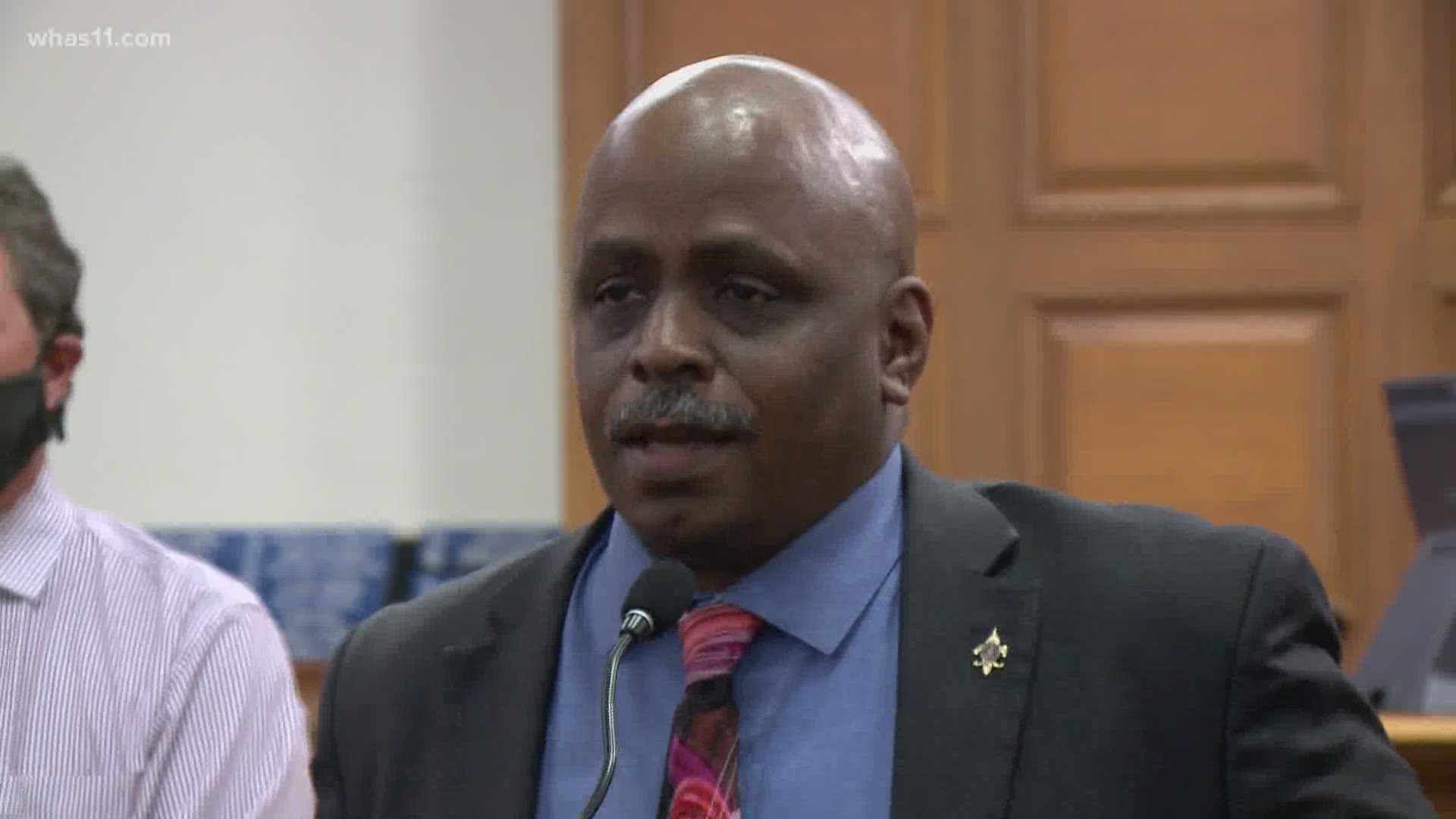 Walker spoke to LMPD just hours after the shooting.

"All you can hear is a knock at the door and even somebody was saying something on the other side you probably couldn't hear them but as loud as we were screaming to say who it is I know whoever would be on the other side of the door could hear us," Walker said.

Walker said he and Taylor were watching a movie in bed when the knocks started. Two weeks later in this interview Sgt. Mattingly was also asked about the approach to the apartment.

"Knocked on the door, banged on it. We didn't announce the first couple because our intent was not to hit the door. Our intent was to give her plenty of time to come to the door because they said she was probably there alone," Mattingly said.

Mattingly said they didn't announce themselves at first, but did after six or seven knocks.

During the interviews Mattingly admits they thought Taylor would be alone because they "knew where their target was." It seems they were referring to suspect Jamarcus Glover who wasn't there.

"We hope that the entire situation is not true," said Metro Council President David James.

They were referring to Vision Russell, a plan to redevelop the Russell neighborhood for more affordable housing, and better living. It's a multi-million dollar revitalization project.

Now, eight metro council members have sent a letter to Mayor Greg Fischer asking for any and all documents regarding a special police unit called "place-based investigations."

A home 2424 Elliott Avenue in the Russell neighborhood was raided along with Taylor's home during the same drug investigation. Glover was arrested.

The mayor did acknowledge that the police unit works in the neighborhood but continued to stress there are no other agendas.

"Elliott Avenue is part of a place-based investigation in terms of any specific property on that there was no specific conversation with my office on that," Fischer said. "I was dumbfounded to see the linkage of this initiative here of trying to rebuild this block with safe and affordable housing, was somehow tied into nefarious objective with Breonna Taylor's tragedy."

Fischer said based on the FBI investigation and other ongoing investigations into the death of Breonna Taylor, they cannot release anything that would impede on the investigations. He said if there is anything else to release, he would do so.