The investigation continues as officials look into whether Breonna Taylor's or Kenneth Walker's constitutional rights were violated by any of the LMPD officers. 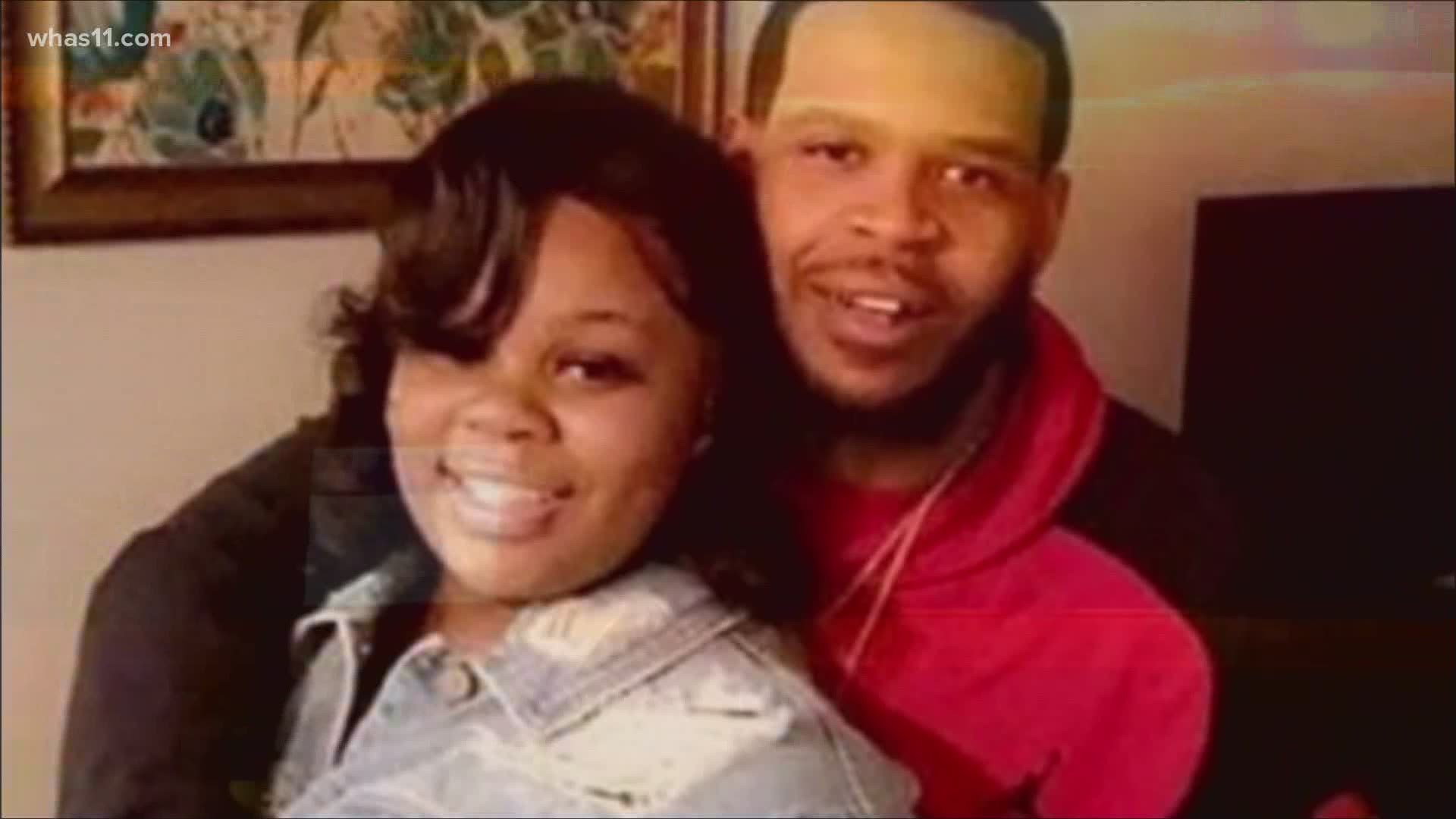 LOUISVILLE, Ky. — FBI agents are still looking “at all aspects” of the Breonna Taylor case, nearly a year after she was shot and killed by Louisville Metro Police inside her home.

They’re not providing a timeline for when the investigation into civil rights violations will be complete, but retired FBI agent, and current lawyer David Beyer explained what these agents are looking for.

“The FBI would be looking at whether a person operating under a color of law, which means a sworn police officer, willfully violated someone's constitutional rights,” said Beyer.

The investigation is looking into whether Breonna Taylor’s, or her boyfriend’s, Kenneth Walker’s constitutional rights were violated by any of the LMPD officers involved with the raid of her apartment on March 13th.

Actions taken by police officers “have to be reasonable,” according to Beyer, so in this case, agents will question whether “officers were reasonable under the Fourth Amendment,” which deals with searches and seizures.

“You have to be able to prove the elements of a crime,” said Beyer, whose dealt with his fair share of civil rights investigations after spending more than two decades with the FBI.

The government must prove that the person “willfully violated someone’s constitutional rights. The term ‘willfully’ is a very high, strict standard that has to be met,” said Beyer, which means investigators will have to prove intent, and an “intent with a bad motive.”

Former detective Joshua Jaynes, for example, is the one who secured the search warrant for Taylor's apartment. He was fired in January, after he was accused of being "untruthful" in the affidavit because he did not verify with a U.S. postal inspector about packages linked to Jamarcus Glover, Taylor's ex-boyfriend, according to his termination letter. His attorney claims Jaynes told the truth in the affidavit as he understood it.

Beyer broke down what agents will need to prove:

“If there was information put into that warrant that was willfully put in, that violated someone's constitutional rights, that could be potential for a charge. We're not talking about negligence or accidentally, [the statute] is specific it has to be willfully done.”

FBI Agents will also look at the use of force by Sgt. Jon Mattingly, and former Detectives Myles Cosgrove and Brett Hankison. Hankison was the only officer indicted by the grand jury on September 23, 2020 after the state's criminal investigation came to a close. He was charged with three counts of wanton endangerment for allegedly firing into neighbors’ homes, but he was not charged with anything related to Breonna's death.

“It's all fact driven. If one of the officers was in the back of the apartment firing and did not hit Breonna, then it would be a difficult charge to bring against him, I think,” Beyer said.

He believes the lack of body camera video from the night Breonna Taylor was killed will likely make the case even more difficult for investigators, but he's worked on cases before with the FBI that have led to charges and convictions for law enforcement officers.

If the FBI investigation does lead to charges, murder is not on the table. This case is solely about constitutional rights. If any of the officers are indicted, and later convicted, they could possibly be sentenced to ten years, or even life in prison, based on force that was used and injuries caused.