Judge Ann Bailey Smith said she doesn't think moving the trial will deter media attention but is open to changing the venue if they cannot find an unbiased jury. 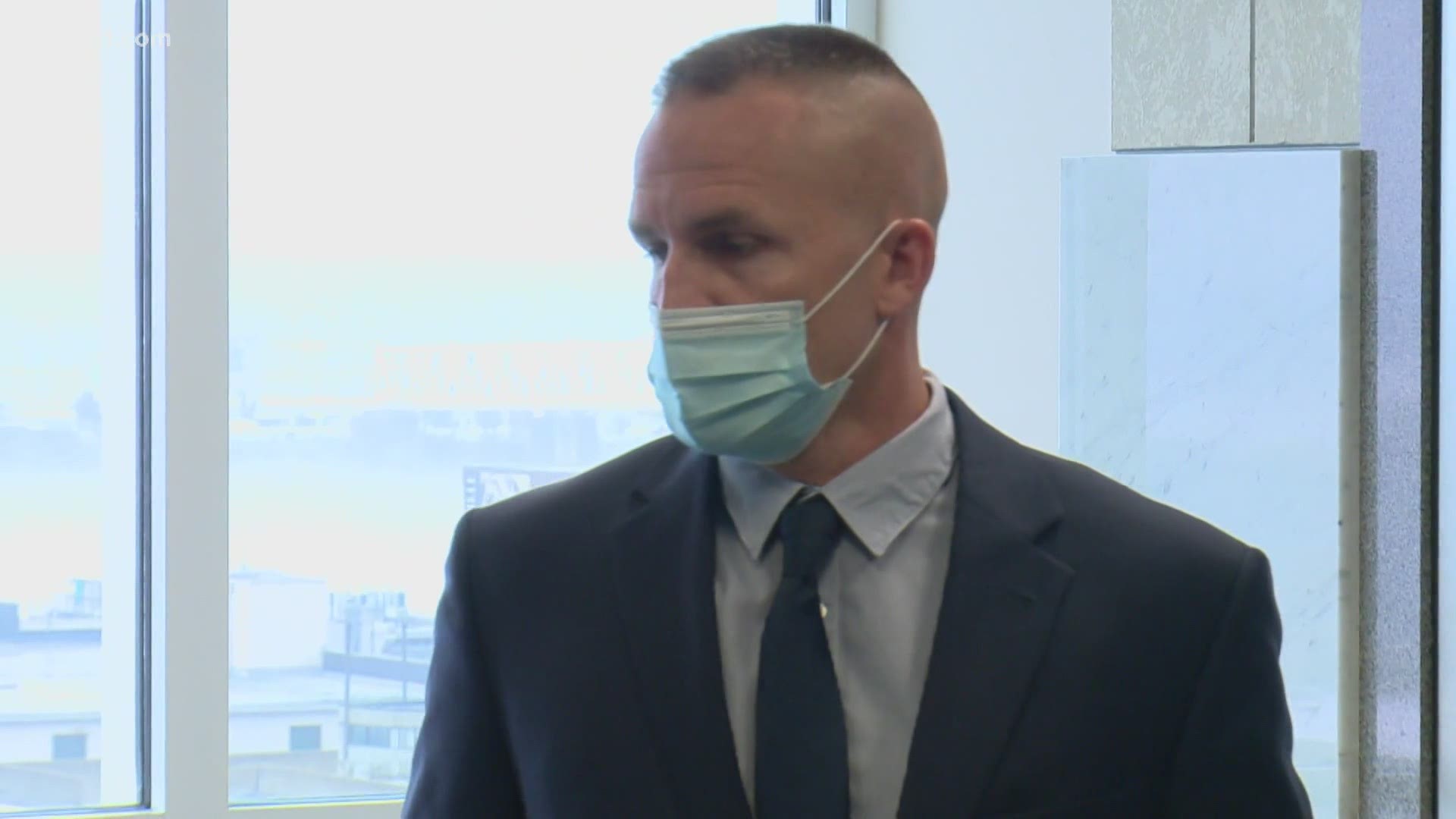 Attorney Stew Matthews filed a motion in February to change the venue of Hankison's criminal trial due to an "avalanche of publicity" surrounding the Breonna Taylor case. Matthews said an "overwhelming" amount of publicity in Louisville portrays Hankison "in a false and negative light."

"The most pervasive...and prejudicial publicity has been directed at the LMPD," Hankison's attorney, Stew Matthews said. "And as a result of that, only one officer is in this courtroom facing criminal charges and there's a large segment of the population that wants revenge for the death of Breonna Taylor."

Brett Hankison is entering the courtroom for his hearing. His attorney asked a judge to move the trial to a different location. Hankison is charged with 3 counts of wanton endangerment for bullets that landed in a neighbor’s apartment the night #BreonnaTaylor was killed. @WHAS11 pic.twitter.com/FgIjvODiJ6

In his motion, Matthews said the prospective pool in Jefferson County will be "irreparably prejudiced and biased" to the extent that it "will be difficult or impossible" to get a fair or impartial trial.

Judge Ann Bailey Smith said she believes it is best to keep the trial in Louisville, but is open to changing the venue if they cannot find an unbiased jury.

Prosecutors are confident they'll find enough jurors in the county largely because they think it's diverse.

"We have 765,000 or more people in Jefferson County," Jim Lesousky said who is a prosecutor from the Kentucky Attorney General's Office. "[The population] is made up of many different races, religions, work and many different statuses of people in this community."

Smith said she will consider a questionnaire in the jury selection and will make sure to excuse jurors if they form an opinion.

Hankison's lawyer also asked the judge for permission to have jurors visit the 3003 Springfield Ave. location during trial to get a better understanding of the layout of Breonna Taylor's apartment. The judge requested more time to think about it before making a decision.

Hankison did not answer questions from reporters after the hearing. His next hearing is scheduled on April 23 and his trial is set for Aug. 31.

RELATED: Next steps in the termination process for LMPD detectives in Breonna Taylor case