"This Attorney General needs to do more than worry about masks from the governor." 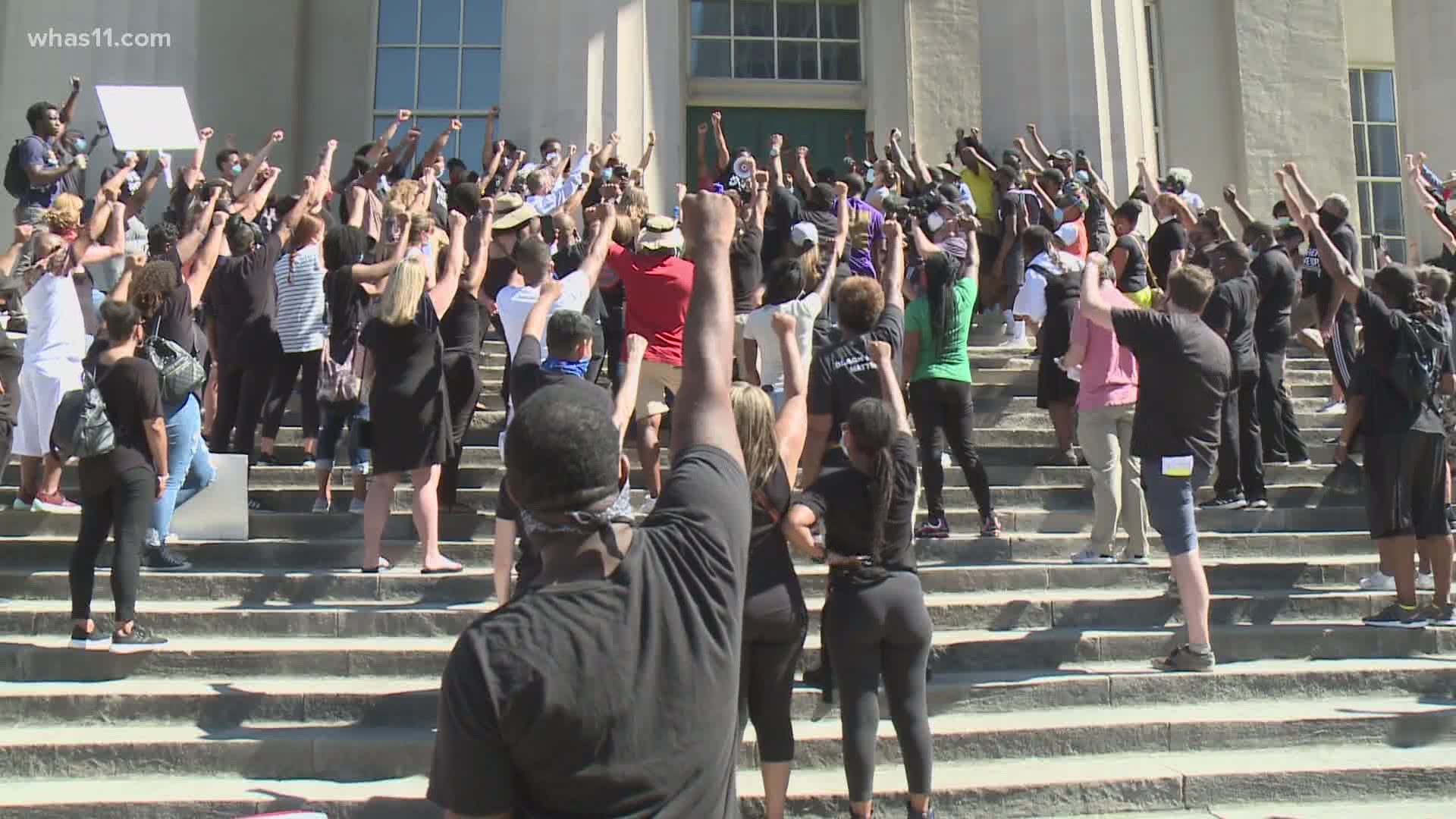 LOUISVILLE, Ky. — Monday marked four months since the police shooting of Breonna Taylor and those demanding change say each day that passes without justice is an insult to our democracy.

"This Attorney General needs to do more than worry about masks from the governor," one protester said at an 'Until Justice' rally Monday organized by Louisville Urban League.

"I think that they figured that the longer they wait that this will blow over just like everything else," F. Bruce Williams from Bates Baptist Church said.

Attorney General Daniel Cameron will not provide a timeline on the Taylor investigation.

"We ask people to continue to be patient with this office we are doing everything we possibly can," Cameron said at a press conference Monday.

As each day passes protesters grow tired of waiting.

"They say we need time to investigate where was the time for Kenny Walker?" Attorney Lonita Baker said at the rally who is one of the lawyers representing Taylor's family.

“There can be no healing, there will be no peace until we have justice," CEO and president of Louisville Urban League, Sadiqa Reynolds said.

In his police audio interview Sergeant John Mattingly who was shot in the leg the night of the shooting admits Taylor's apartment was a 'soft target'.

"We didn't announce the first couple [of knocks] because our intent was not to hit the door, our intent was to give her plenty of time to come to the door because they said she was probably there alone," he told investigators.

Taylor's boyfriend Kenneth Walker says in his audio interview that he was trying to protect their home.

"The door like comes off the hinges so I just let off one shot like I still can't see who it is or anything," he told police.

"He didn't know who came into his house and if that's not your classic self-defense case I don't know what is," Baker said she is disappointed by the way LMPD's PIU interrogated Mattingly because most of his questions were being answered for him.

"Those were not open-ended questions and that is not the way that you do investigations," she said. "I’ve been a prosecutor, I’ve worked with police officers that is not how you find out what happened you let them answer the question.”

Reynolds said she is hopeful the FBI and Cameron will take action in coming weeks, but said it is up to the Mayor to fire the officers.

“I’ve heard from some folks that ‘well [Breonna] was this, she wasn’t this’ – well she doesn’t have to be a perfect angel in order to be supported by this community," Reynolds said. "In order for us to march for justice for her we don’t need perfect people that’s not what this is about – this is about not acting as judge or executioner when you serve a warrant.”

The organization 'Until Freedom' from New York will be back in Louisville Tuesday to lead a direct action.