While the officers directly involved were not wearing body cameras on the night of March 13, the officers who arrived minutes after were. 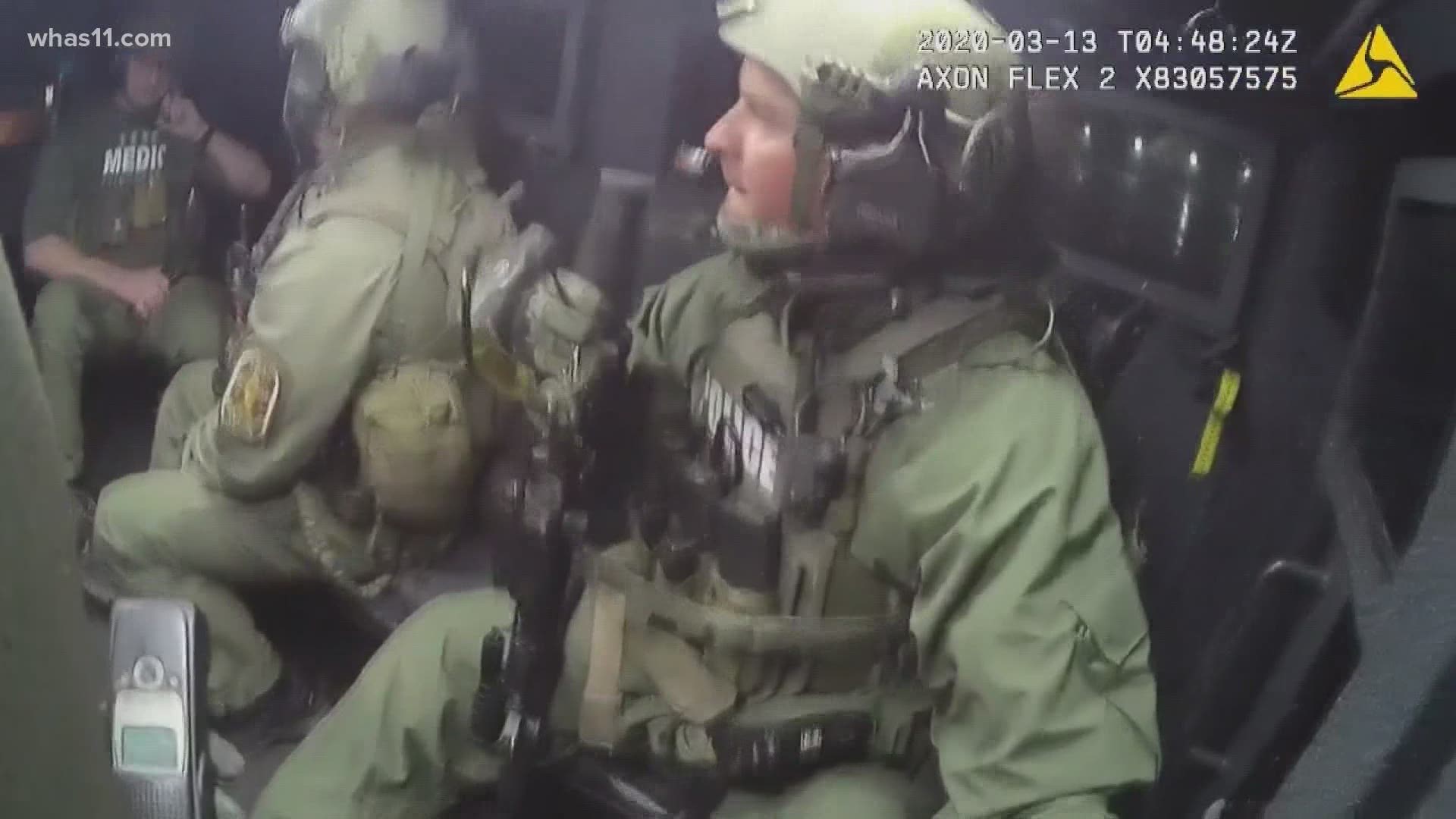 LOUISVILLE, Ky. — There are still a lot of unknowns about the night that Breonna Taylor was shot and killed by Louisville Metro Police (LMPD) officers.

While the officers directly involved were not wearing body cameras on the night of March 13, the officers who arrived minutes after were - and that footage can help provide some context.

The officers who were not involved in the shooting described the scene as chaotic when they arrived. One of them was Sergeant Brandon Hogan, a member of the LMPD SWAT team. On the night of March 13, his team was serving a warrant across town on Elliot Avenue, one of the other locations listed as part of a narcotics raid.

Hogan's body camera captured the moment he and his team switched gears when they learned that an officer had been injured.

"There's an officer shot on Springfield. They're requesting armored down there. You guys come after you're done," a voice says in the video.

When Sgt. Hogan and his team arrived at Springfield Ave., the video shows officers pointing their weapons across the path outside the apartment complex.

The video follows the SWAT team as they make their way to Breonna Taylor's front door. They were the first of any first responders to go inside.

The team was in the apartment for about seven minutes before calling it a crime scene. Hogan dismissed some of his team, hoping to preserve evidence.

"Sorry," Hankison says in the video. Hogan suggests that Hankison leave the scene.

One week later, Sgt. Hogan described the moment to the LMPD Public Integrity Unit. He said, in his experience, an officer-involved in a shooting wouldn't wander a crime scene afterwards.

"I don't know if it was because the scene was still so chaotic and everybody was trying to figure out what to do ... but that was the only thing that really stuck out to me," Hogan said in the interview.

According to the body camera video, Hankison leaves the scene and the SWAT team follows, turning over the scene to forensic experts who would go on to process evidence for the next 12 hours.