"Charged with intimidating a person involved in a public investigation is an outrageous outrageous charge," UofL Professor of Law says. 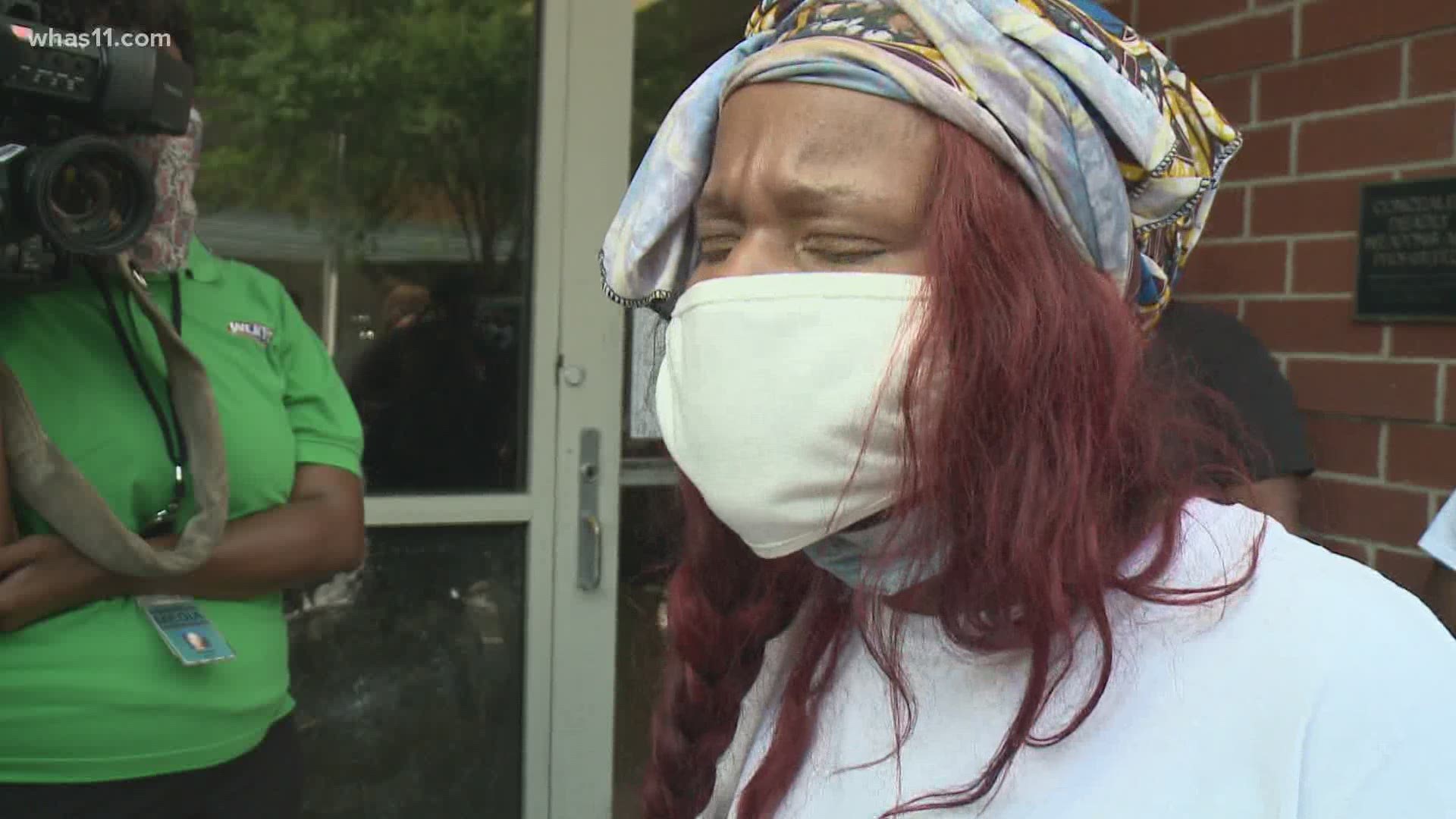 LOUISVILLE, Ky. — Crowds cheered outside of Louisville Metro Department of Corrections Wednesday morning as protesters arrested at the Kentucky Attorney General's home were released from jail.

All of the 87 protesters were released by 3 p.m. according to community leaders. For some of them it took almost 24 hours to walk free. Each protester is facing a felony charge following the peaceful demonstration outside of Attorney General Daniel Cameron's home.

"Shame on you for putting these outrageous charges on us and charging us with felonies which you couldn't do that to the f****** cops," president of Black Lives Matter chapter in New York City, Nupol Kiazolu said who was one of the protesters arrested in Louisville Tuesday.

Some of the protesters criticized the conditions of the jail.

"So we were all chained beside each other, there was no social distancing" one protester said. "One girl never got her medications, and we had to ask for water and food."

Over 100 protesters locked arms and faced police Tuesday – one of them was JCPS principal at T. T. Knight Middle School, Dr. Jeronda Majors.

In a statement, Attorney General Daniel Cameron said trespassing on property does not achieve justice.

"He's covering for the injustices that Black people in this state face every single day and across this country," Kiazolu said. "He should be leading the fight on justice but instead he's holding back."

Charges for the protesters include criminal trespass, disorderly conduct and the most shocking protesters said is the felony – intimidating a participant in the legal process.

Under Kentucky law the Class D felony means facing between 1 to 5 years in prison.

"Charged with intimidating a person involved in a public investigation which is an outrageous outrageous charge," UofL Professor of Law, Sam Marcosson said.

"It's a violation of the constitutional rights of free speech and petitioning the government completely contrary to the language of the statute," Marcosson said. "It's going to cost every taxpayer in Jefferson County money to pay the settlements for the violation of their civil rights."

Following their release from jail the lead organizers from New York's Until Freedom said they will not be intimidated.

"Louisville is getting to know us a little better," co-founder of Until Freedom, Linda Sarsour said. "We are here because we need the cops who killed Breonna Taylor to be arrested and charged and we will come back over and over again and get as many charges as we need to get until the officers who killed Breonna are held accountable.”

According to LMPD it filed the charges based on what police heard and witnessed at the scene. In a statement, spokesperson Jessie Halladay said "The felony charge is based on protesters trespassing onto the Attorney General’s property, refusing to leave and chanting that if they didn’t get what they want they would burn it down. That was deemed an attempt to intimidate, persuade or influence the Attorney General’s decision."

Protesters and the social justice organization Until Freedom say they never said that statement and did not hear anyone make threats. Sarsour said demonstrators were chanting, "If we don't get what we want shut it down" referring to the judicial system.

WHAS11 contacted the County Attorney's Office. The spokesperson said they were not involved in the charges but will review each case and the evidence individually.

According to a statement released from Special Adviser Jessie Halladay:

KRS 524.040 Intimidating a participant in a legal process is the charge that was issued. Below in bold is the portion of the law that relates to this incident.

Influences, or attempts to influence, the testimony, vote, decision, or opinion of that person.

Force by definition can be actual or implied and is the power, violence or pressure directed against a person. Entry into the ground of another without consent is an example of implied force.

These actions were taken to mean a threat of violence toward Attorney General Cameron, leading to the decision to charge under KRS 524.040.