Shively Police Sgt. Timothy Salyer told LMPD's PIU it looked like Det. Joshua Jaynes was 'trying to cover [his] a**.' 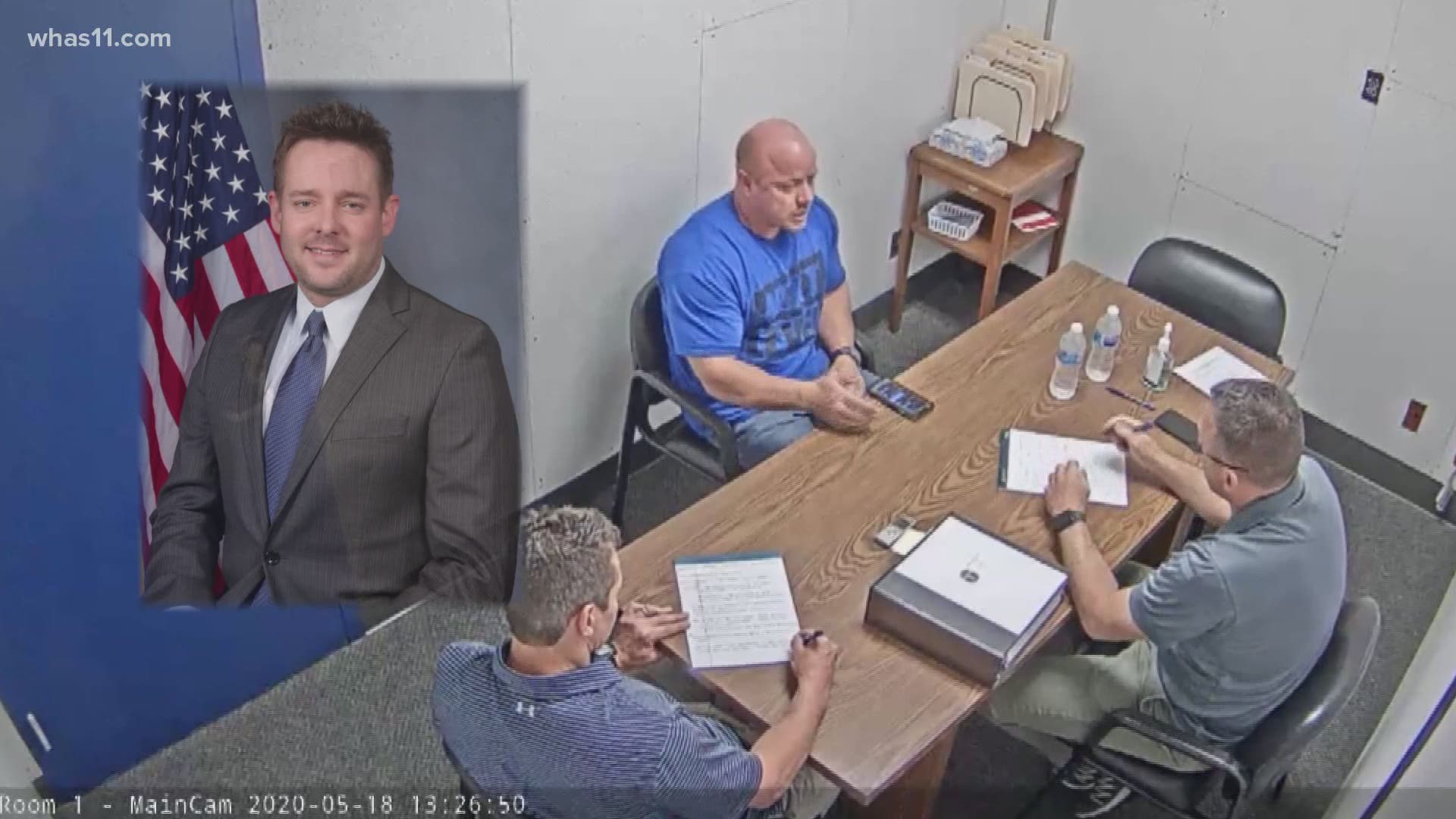 LOUISVILLE, Ky. — "There was no boxes coming to that apartment."

During his recorded interview, Salyer said Sgt. Jonathan Mattingly had reached out to him and his colleague Det. Mike Kuzma about deliveries to Taylor’s apartment on Springfield Drive.

LMPD detectives had suspected drugs were being shipped there through the postal service and Mattingly reached out to Salyer to confirm that Jamarcus Glover was receiving packages at Taylor’s address.

Salyer and Kuzma had a good rapport with the postal inspector.

“It wasn’t Jamarcus Glover who we hit on a postal box, and he told him it was a Jason Glover," Salyer said.

Louisville police had been surveilling Jamarcus Glover because they believed he was taking boxes to a known drug house on Elliott Avenue.

Photos in the PIU file show Glover using two cars which were registered to Taylor. The file also has photos of several pieces of mail with Glover’s name on them, but Taylor’s address.

The night of March 13, police executed a simultaneous warrant at her apartment and at the location on Elliott Avenue when gunfire erupted leaving Taylor dead.

The FBI later determined the fatal bullet came from Det. Myles Cosgrove’s gun. Sgt. Mattingly was shot in the leg.

Det. Joshua Jaynes was in charge of getting the warrants for that night. Salyer told investigators Jaynes reached out to him in a text message well after the tragedy.

"This is a month after the shooting and you’re just now asking me if there has been a box in his name delivered there?” Salyer told PIU investigators. “You wrote the search warrant on it, saying it was delivered there, but now you’re asking a month later? Yeah, it seemed strange. I don’t know how you say it without you saying it, it looks like you’re trying to cover your a**.”

In the PIU summary, investigators wrote that Jaynes' wording on the warrant was "misleading," saying it "should be reviewed for criminal actions."

Jaynes is currently on paid leave.