Tamika Palmer urged the crowd at Saturday's rally to go out and vote to honor her daughter's memory. 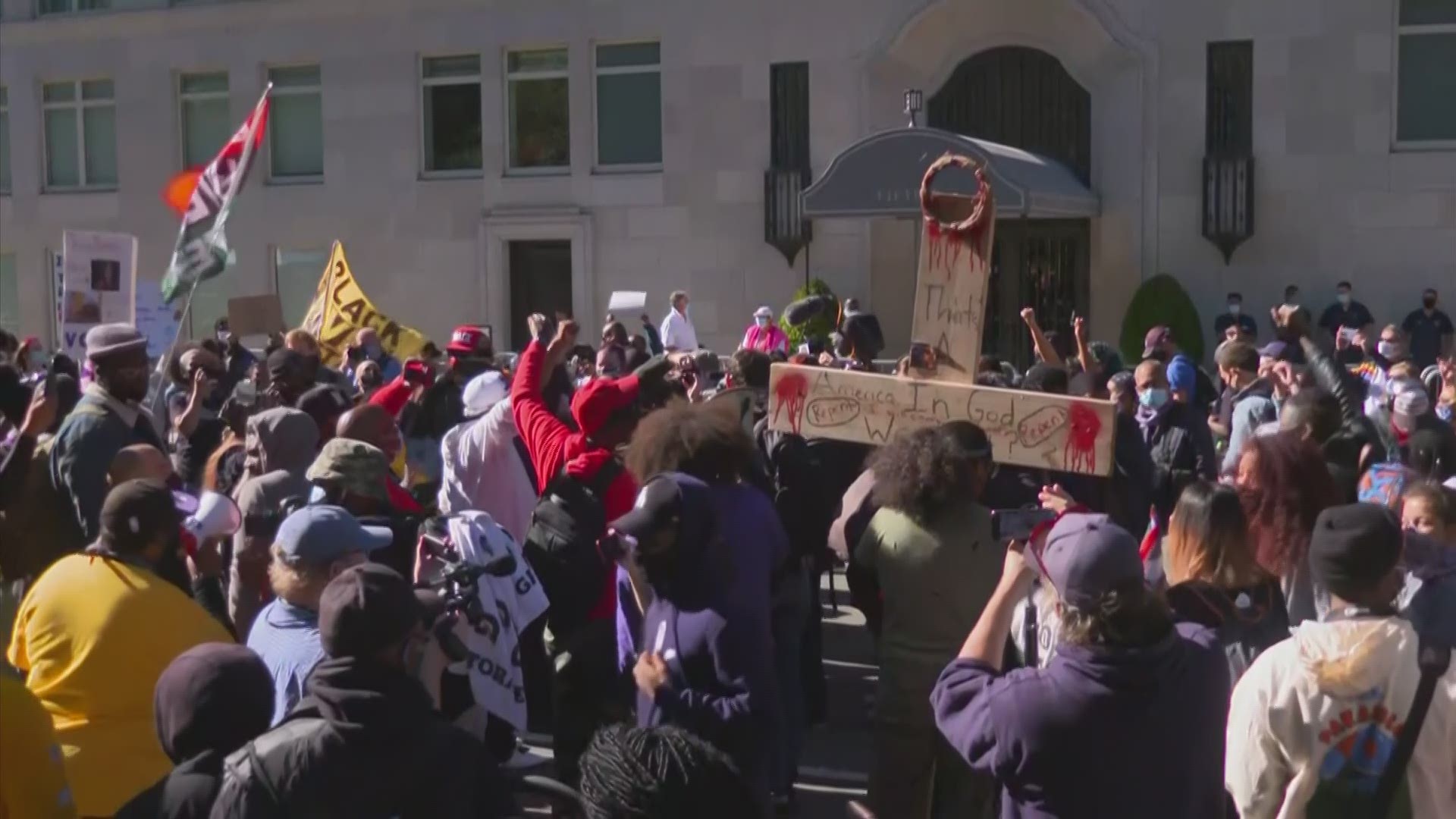 NEW YORK — Demonstrators including other grieving families chanted slogans and held placards with messages which urged action on police reforms and an end to violence against Black people.

Breonna's Taylor's death sparked months of protests in Louisville and calls nationwide for the officers to be criminally charged.

Her mother, Tamika Palmer told the Associated Press it had been a difficult time since her daughter's death.

She urged the crowd at Saturday's rally to go out and vote to honor her daughter's memory.

In Louisville, the marches continued as well with a few dozen marching down Frankfort Street on Saturday. The organizer said it's important to keep calling for justice in Breonna Taylor's death.