Senator Harris said she did not believe justice was served by the Jefferson County grand jury. 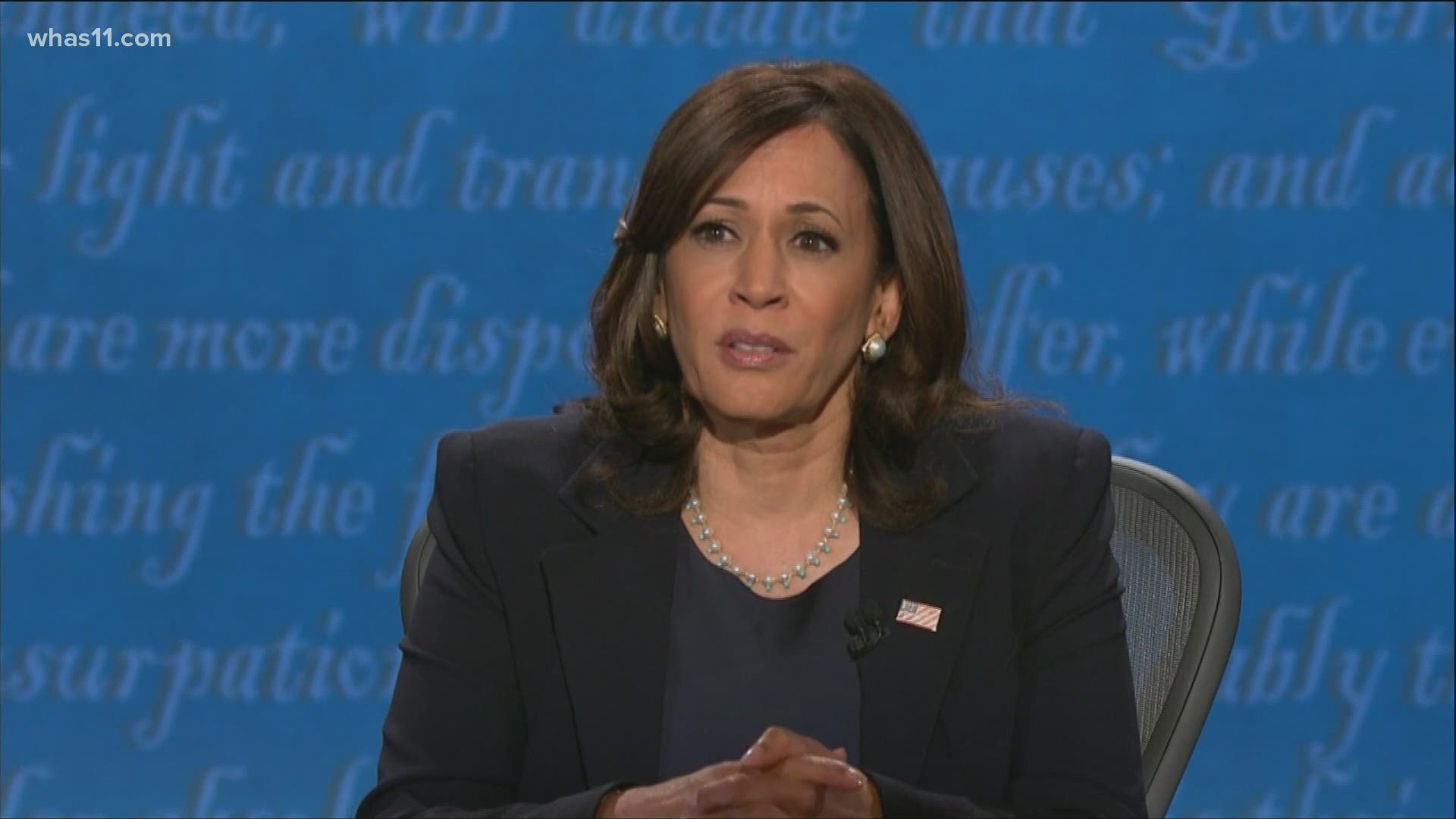 SALT LAKE CITY — Breonna Taylor's case was once again a topic of discussion during 2020 debates. Both Vice President Mike Pence and Sen. Kamala Harris were asked if justice was served in Taylor's case.

Harris, who has spoken about Taylor's death on multiple occasions, said she did not believe justice was served in the Jefferson County grand jury's decision. The grand jury indicted only one officer involved in the shooting, though the charges are not connected to Taylor's death.

"I have talked with Breonna's mother Tamika Palmer and her family, and her family deserves justice," Harris said. "She had as her life goal to become a nurse, she wanted to first become an EMT to first learn what's going on out on the street so she could then become a nurse and save lives, and her life was taken unjustifiably and tragically and violently."

Pence, however, said that he trusted in the justice system that resulted in former LMPD detective Brett Hankison's indictment.

"Well our heart breaks for the loss of innocent, any innocent American life, and the family of Breonna Taylor has our sympathies, but I trust our justice system — a grand jury that reviews the evidence," Pence said.

Vice President Mike Pence asked whether he believes justice was served in #BreonnaTaylor case. “The family of Breonna Taylor has our sympathies, but I trust our justice system.” #VPDebate #Debates2020 @WHAS11 pic.twitter.com/NsHugvHuXN

The Vice President then said it was "remarkable" that Harris, a former prosecutor, would believe the grand jury got it wrong.

Harris spoke about police reform, saying George Floyd would be alive if there was policy that banned chokeholds. She also spoke about eliminating private prisons.

Pence said that saying there is systemic racism or implicit bias in the criminal justice system is a "great insult to the men and women who serve in law enforcement." He then said there was "no excuse for the rioting a looting" that followed the death of George Floyd and other Black Americans.