The large memorial will find a new home at Roots 101 – a local museum on Main Street dedicated to African-American history. 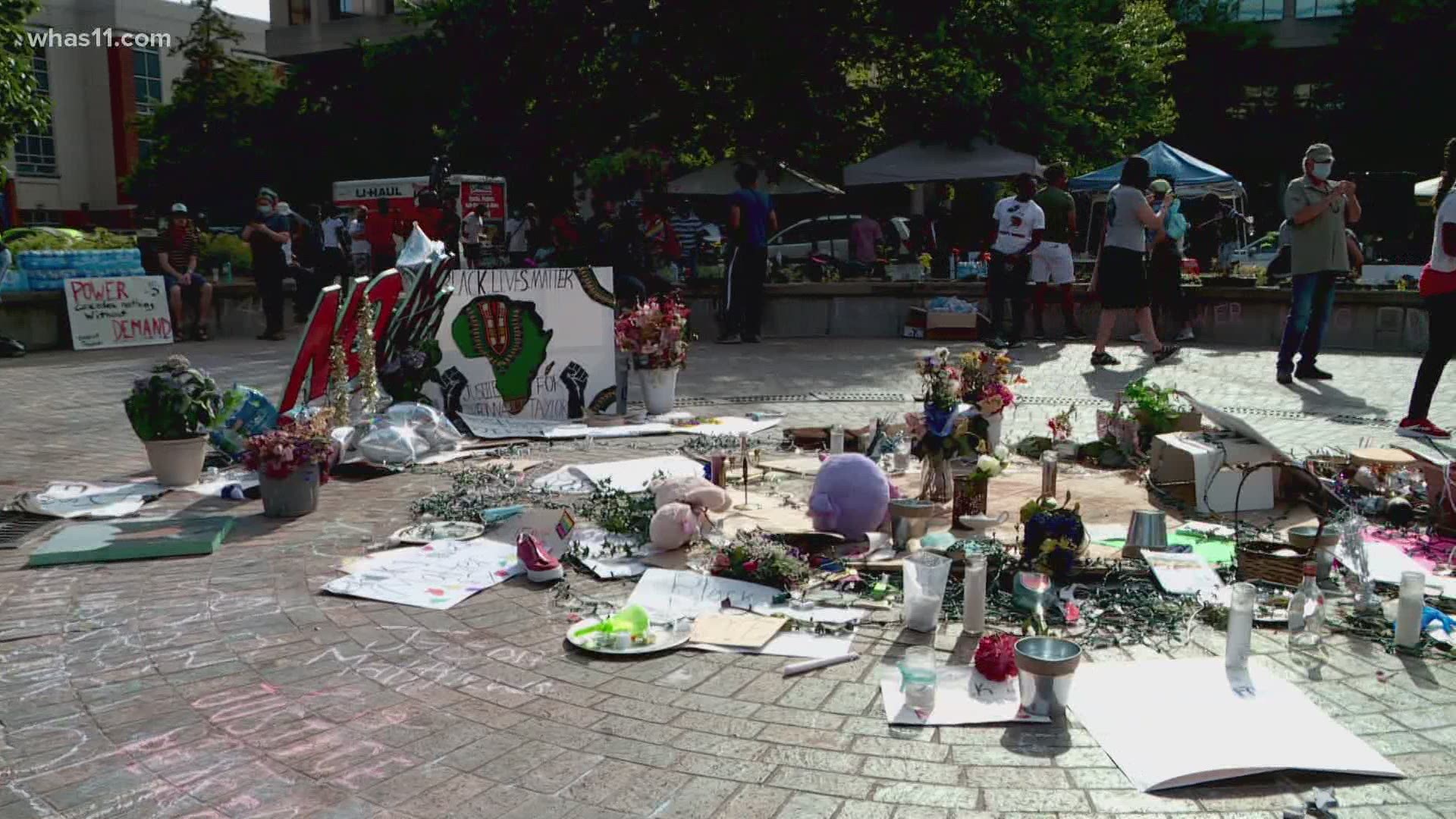 LOUISVILLE, Ky. — Rain or shine, protesters have built, added to and protected the Breonna Taylor memorial sitting in the center of Jefferson Square Park.

Now, as the weather cools down, the large memorial will find a new home at Roots 101 – a local museum on Main Street dedicated to African American history.

“What part of the memorial as a whole, what it will look like concept-wise – we’re not sure. It’s something we’re working through, but we know we're definitely the home it belongs to,” Roots 101 Founder and CEO Lamont Collins said.

The memorial will transition piece by piece half a mile from the square to the museum.

"We're all going to take pieces that stand out or are important to us and even if someone is there who has art they created, we welcome them to grab that piece of art and then march with us," Shameka Parrish-Wright, Co-Chair of the Kentucky Alliance Against Racist and Political Repression, said.

Collins said the plan is for the memorial to live on the fourth floor of the museum, overlooking the Ohio river, which he said carries symbolic meaning.

"Our ancestors, we normally buried them by the river, that was a tradition we had, even coming from Africa. So this is a way on the fourth floor of the museum, to put Breonna to rest," Collins said.

Collins also said he hopes visitors to the city will stop in to the museum and learn more about Breonna’s story and and the impact on Louisville.

"Continue to learn about Breonna personally but also learn about what Breonna brought to this community because nobody can doubt her life has changed Louisville from what's it’s been to what it’s going to be," he said. "It's probably the most damaging wounding process Louisville's ever been to and to bring it to a healing space to deal with and a healing place you can talk about it."

"This give us a chance to do history right, to do her story right and do it in a way that's purposeful, and intentional," Parrish-Wright said.

Parrish- Wright said the memorial is not something to "tear down" as she described the peace its brought protesters, visitors, and Breonna Taylor's family, over time. Even though it's moving, Parrish-Wright said there is still a call for Jefferson Square Park to house some kind of permanent memorial for Taylor, like a fountain.

Parrish-Wright also said protesters' efforts will continue through the coming months, even though the memorial is re-locating.

"It's our journey," she said. "It is definitely our duty to take this forward and take this to the next level."

Parrish-Wright said the memorial will move to its permanent home on Nov. 7 at 4 p.m. and will mark the moment with a march and caravan to carry it and make the transition.