Tamika Palmer said she was grateful for those continuing to show up and stand up for her daughter. 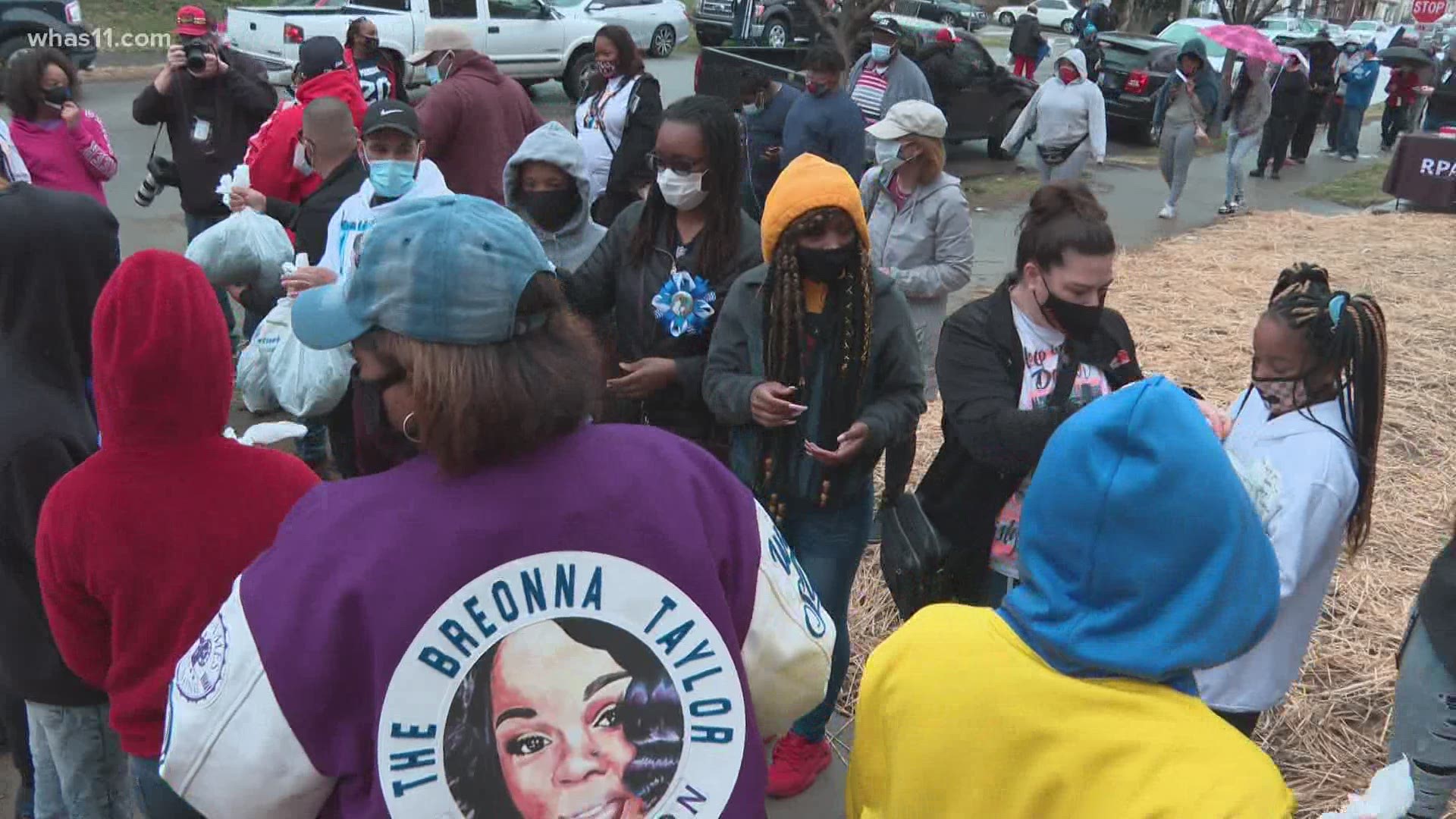 LOUISVILLE, Ky. — It was a weekend centered around positivity and giving back to honor the life of Breonna Taylor.

Taylor’s mother Tamika Palmer joined supporters at rallies and events throughout the community including a food giveaway Sunday afternoon. She said she was grateful for those continuing to show up and stand up for her daughter.

“When you see people stand out in the rain, they’ve been here since 10 o’clock this morning, standing in line to get food, you understand it’s a desperate situation in some of these households,” James Linton, president of Community Connections said.

The Breonna Taylor Foundation, Game Changers and other organizations passed out fresh fruits and vegetables to those in need of food to bring awareness to the impact of families who have lost a loved one to violence.

“I feel like I’m just stuck all alone and I don’t have anybody. So to have other families that deal with it as well and they know how you feel – it’s refreshing,” Brittany Brewer said.

Brewer lost her daughter to gun violence in 2020 and was one of 11 families who joined Palmer to pass out the food.

There was also a pop-up mall Saturday held in Taylor’s memory, aimed to draw attention to the barriers Black entrepreneurs face.

As the weekend marking the first anniversary of her death comes to a close, those who continue to march and rally for justice want everyone to continue to say her name.