Chief Erika Shields said Kimberly Burbrink has been demoted from major to lieutenant following the findings of an internal investigation. 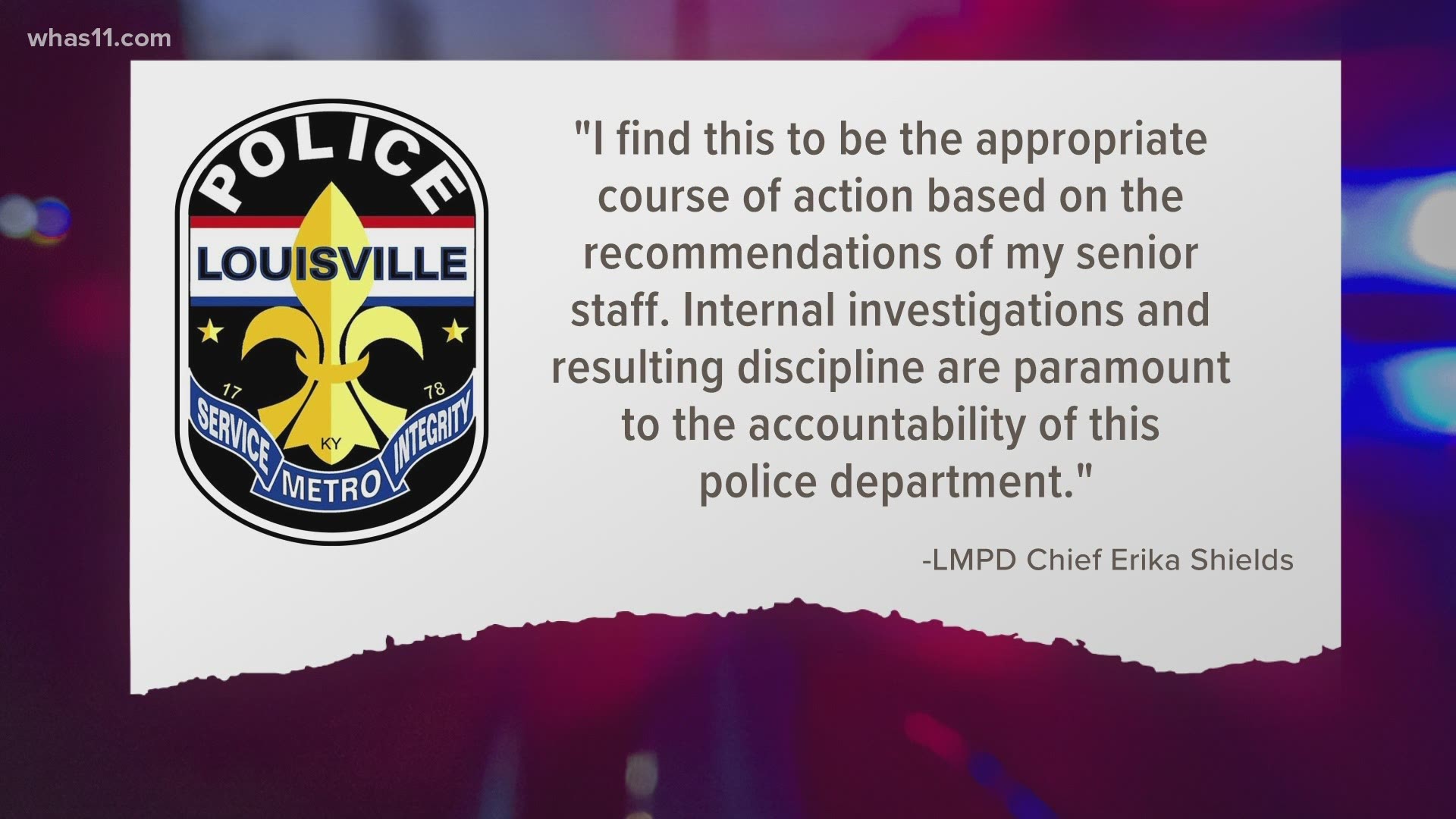 LOUISVILLE, Ky. — On her first day as Louisville Metro's police chief, Erika Shields demoted the major who oversaw the unit that conducted the raid at Breonna Taylor's apartment in March.

In a statement, Shields said her decision to demote Kimberly Burbrink from major to lieutenant came at the recommendation of her executive command staff. Burbrink had been reassigned amid a professional standards investigation initiated by former interim Chief Yvette Gentry.

"Although these events unfolded prior to my arrival here, I find this to be the appropriate course of action based on the recommendations of my senior staff," Shields said. "Internal investigations and resulting discipline are paramount to the accountability of this police department and those across the nation."

A report from the Professional Integrity Unit investigating Taylor's death raised concerns about Burbrink when she reportedly pressured investigators for information.

Deputy Chief Lavita Chavous told investigators she was with crews executing a search warrant at Elliott Ave. the night of the shooting, and said she was shocked Burbrink, who was in charge of the PBI unit, was not overseeing the scene at Taylor's home.

"My assumption is that the supervisor over those units would be there too – she was not I don’t know why even until this day," Chavous said. "I did not ask her. I was a little upset about it, a little pissed...had planned on talking about it...but that should've been something that should've been."

Shields said she is confident that Burbrink can continue to serve the community as lieutenant.

RELATED: 'We're going to support her until she shows us otherwise': Community looks for transparency in new LMPD chief