'We still need to lift up the name of Breonna Taylor because she still has not gotten the justice that she deserves.' 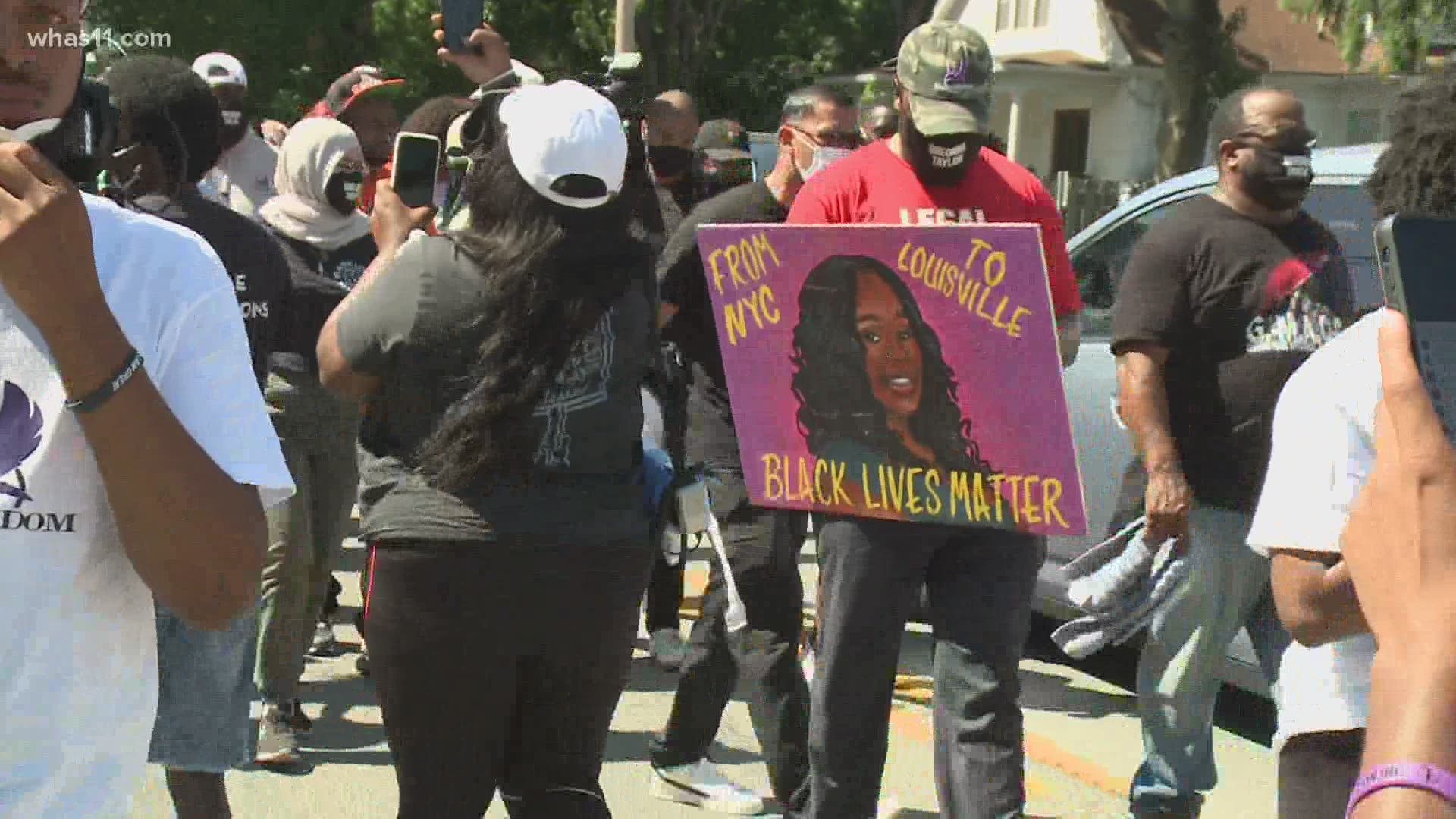 LOUISVILLE, Ky. — Crowds and peaceful protests are expected in Jefferson Square Park this weekend to mark the one year since the deadly police raid into Breonna Taylor's apartment.

"[We're] raising awareness," said community activist Shameka Parrish-Wright, operations manager of The Louisville Bail Project. "[Taylor's family] wants it to be done in remembrance and they don't want a celebration because we have not gotten justice."

Parrish-Wright said she will follow the lead of Taylor's family this weekend. She said they're hoping there won't be any arrests but The Bail Project is prepared to provide jail support.

"There's no planned arrests, there's no action that anyone should be arrested at but we know that when we typically gather in these numbers that LMPD tends to be more aggressive," Parrish-Wright said. "I want to see what they do, we're one year later and I want to see how LMPD is going to represent this community policing that everyone loves to talk about."

Until Freedom, a national social justice group based in New York, will be back in town to lead a rally with Taylor's family. They have planned a news conference outside Commonwealth Attorney Tom Wine's office Thursday to reveal their planned events.

In the summer of 2020, the group members led several demonstrations, including one outside of Attorney General Daniel Cameron's home.

Another national group, SisterSong, is also in town and will travel through the city with a mobile billboard of Breonna Taylor. The group, along with the Louisville Black Lives Matter chapter, unveiled the billboard outside of Louisville Metro Police Department headquarters Wednesday.

The digital billboard amplifies an old tweet from Breonna Taylor where she shares her dream of having a daughter one day.

"This is a reproductive injustice," Louisville's BLM chapter President Chanelle Helm said. "This woman looked forward to creating a family and we can't even provide justice for her? So this [billboard] is paying homage to her."

Mayor Greg Fischer shared safety plans, road closures, and changes the city will make for the future of Jefferson Square Park. In a statement released Wednesday, Fischer said after this weekend the city will do daily cleaning at the square and will require permits events. The mayor will work with families to remove and store memorial items in the park next week.