The mothers of both Breonna Taylor and Ahmaud Arbery were at training for a 'direct action' plan Tuesday. 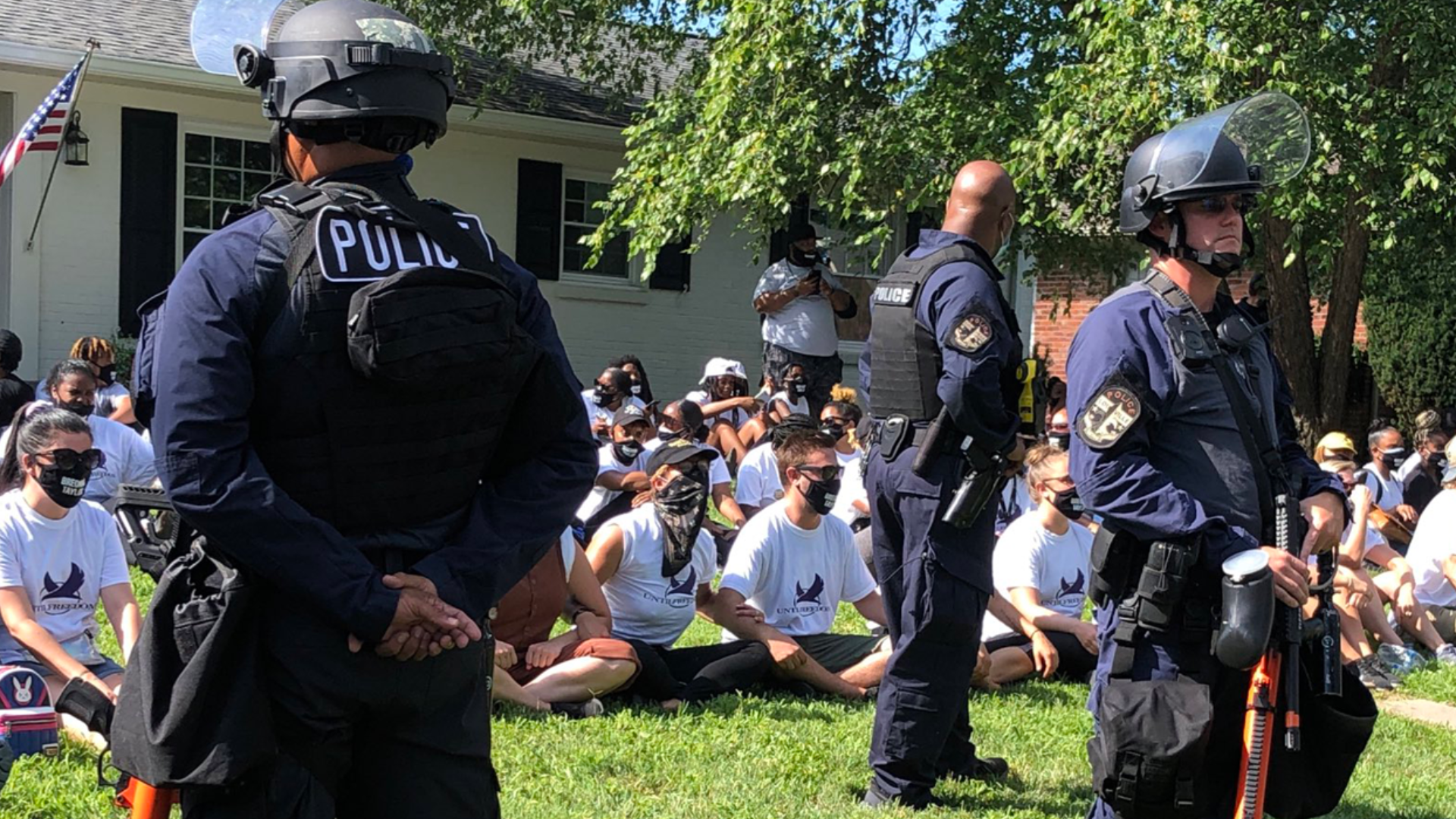 Until Freedom, a New York-based social justice organization, led the demonstration from Ballard High School to what organizers identified as the attorney general's home.

Louisville and St. Matthews police have blocked off the neighborhood, arresting some protesters. Two people leading the march were taken away in handcuffs.

The Attorney General's office responded to the demonstration, saying they would continue to investigate the case.

"From the beginning, our office has set out to do its job, to fully investigate the events surrounding the death of Ms. Breonna Taylor," the office said in a statement. "We continue with a thorough and fair investigation, and today’s events will not alter our pursuit of the truth."

The AG's office also said the purpose of the demonstration only creates more tension.

"The stated goal of today’s protest at my home was to 'escalate.' That is not acceptable and only serves to further division and tension within our community," the office said. "Justice is not achieved by trespassing on private property, and it’s not achieved through escalation. It’s achieved by examining the facts in an impartial and unbiased manner. That is exactly what we are doing and will continue to do in this investigation."

The family of Breonna Taylor and mother of Ahmaud Arbery were present as organizers began training for a "direct action" demonstration in Louisville early Tuesday.

Co-founders of the Women's March, the 2017 protest the day after President Trump's inauguration, helped train protesters, discussing how to organize large, non-violent demonstration.

“We are here to disrupt, we are to make sure that those in power know we are here to escalate," one co-founder said.

During the training, organizers advised participates to write a number on their arm in case they get lost or separated. Legal observers identified with red t-shirts will also be at the demonstration.

Organizers said they will target more than one location in Louisville, telling participants to prepare for and not resist arrest.

WHAS11's Senait Gebregiorgis and Chris Williams will be covering the demonstration throughout the day.