Until Freedom to move back home after the election, but their work in Louisville is far from over

Some of their current projects include calls for a new special prosecutor, and renovating a local community center for activists. 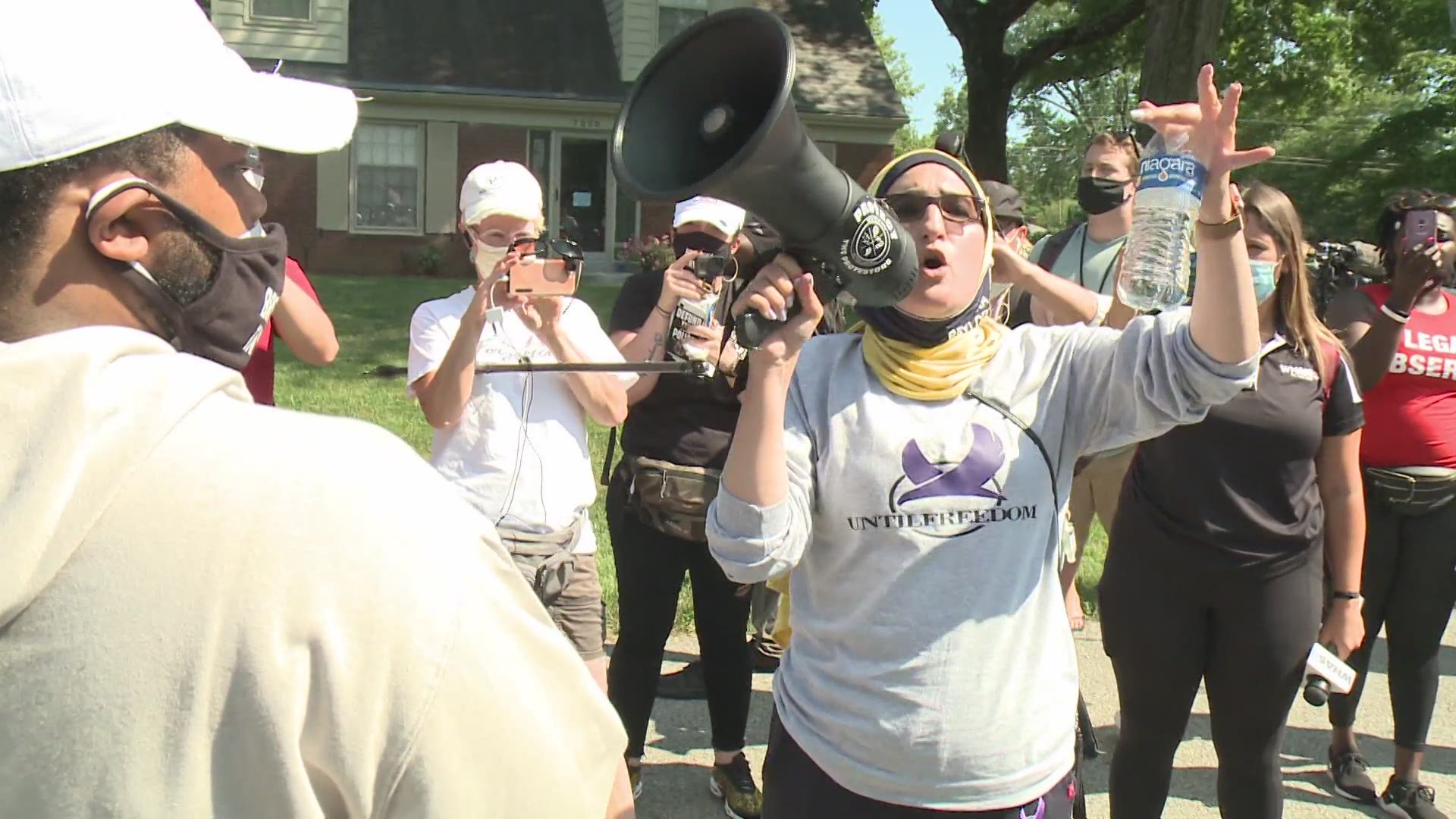 LOUISVILLE, Ky. — For months we have seen them marching to places like Attorney General Daniel Cameron's lawn and to Churchill Downs – some of the most high-profile protests led by the national social justice group based in New York, Until Freedom, that moved here to Louisville to call for justice in the Breonna Taylor case.

But now what comes next?

"We did not come here to not get justice," co-founder Linda Sarsour said. "We understand that there's a lot of work for us to do and particularly this happens to be during one of the most consequential elections of our lifetime, of our generation."

Breonna Taylor's family and Until Freedom saw a large turnout in New York City this weekend where they led a march for Black women victims of police brutality.

Until Freedom moved to Louisville back in August to amplify calls for justice in the Breonna Taylor case.

The group is currently visiting key states for its 'State of Emergency' tour in order to encourage voters to cast their ballots.

The members' residency is still in Louisville but they have plans to move back home after the November election. Sarsour said that does not mean their job is done.

"The grand jury is not the last word in this matter," she said. "We also know that the FBI still has a pending investigation – there are many opportunities for this case, we still have Mayor Fischer who has the authority and power to fire all police officers involved in the murder of Breonna Taylor so there are still many remedies for us to go through."

Some of their ongoing projects in Louisville include calls for an independent special prosecutor to investigate Taylor's case. They are also helping renovate the Carl Braden Memorial Center for local activists to continue to organize for social justice.

"We're coming back to kind of wrap up some of the projects that we have but continuing to figure out what the strategy is moving forward," Sarsour said. "Daniel Cameron has not heard the last of us, Mayor Fischer has not heard the last of us we will continue to organize and we believe again that Louisville is the epicenter of our movements around ending police brutality and on bringing police accountability across the country."