Attorney General Daniel Cameron's office is leading the charge into the investigation of the officer's actions leading to the death of Breonna Taylor. 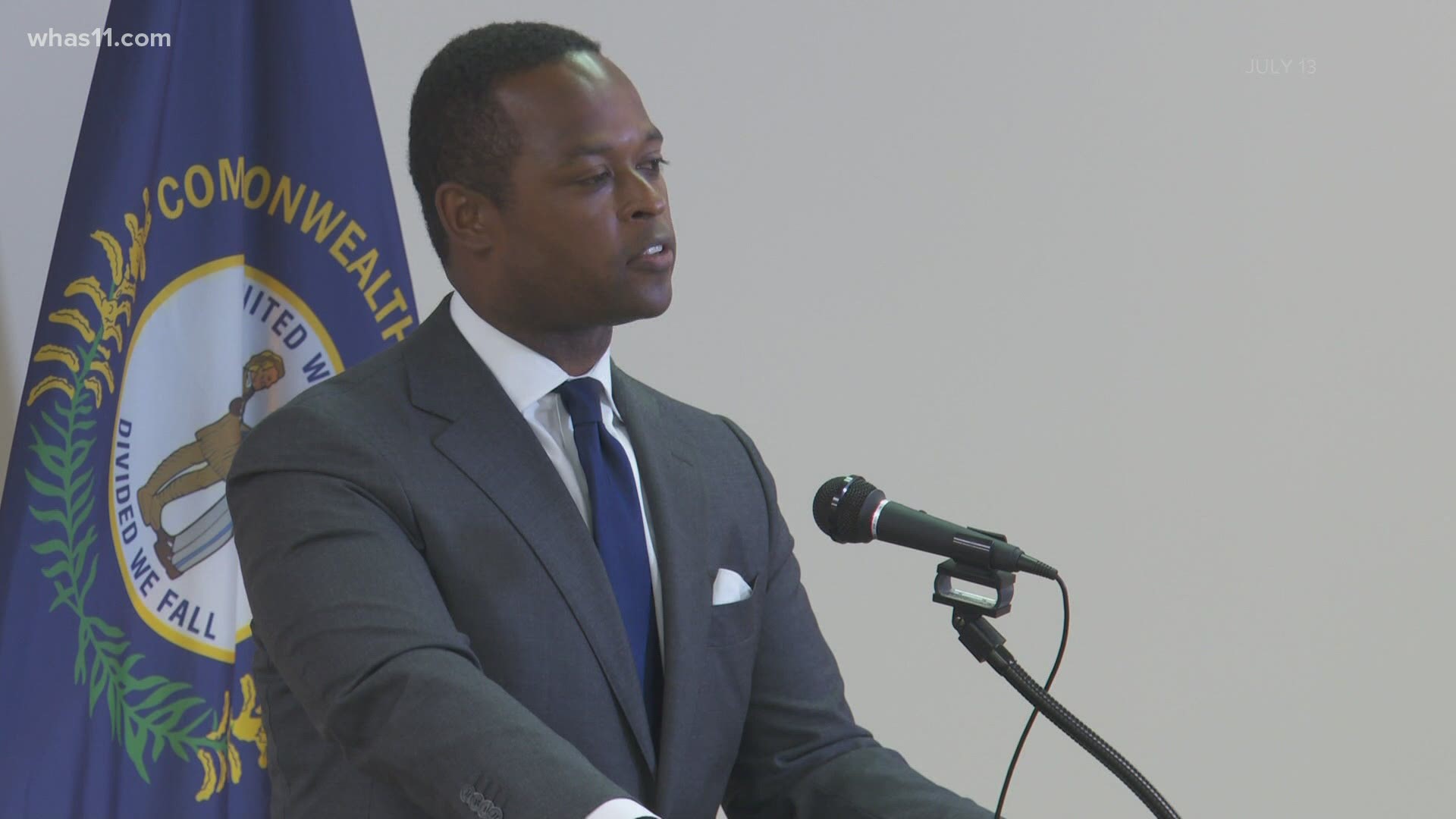 LOUISVILLE, Ky. — While experts call the attorney general's refusal to give any kind of timeline for when a decision will be made in his office's investigation into Breonna Taylor's death understandable, one said he was critical of his decision to keep the public in the dark.

University of Louisville Law Professor Sam Marcosson said the ability to inform the public of the status of an investigation, without compromising the investigation, is the difference between a good and a bad prosecutor.

"That's part of their job," Marcosson said. "That comes with the territory of being an attorney general, a commonwealth's attorney — whatever job you're talking about. And if you're not able to do that, frankly, you're not up to the job."

Attorney General Daniel Cameron's office officially took over the investigation in mid-June. Cameron has declined to comment on the investigation, with the exception of telling the public this week that he had received everything he needed.

"I know its not as quick as anyone would have liked, but know and trust that we are doing our best to complete this investigation in a timely manner," Cameron said.

The attorney general's office is investigating the events at Breonna Taylor's south Louisville apartment March 13. His office will ultimately make the decision to charge or clear the officers involved her death.

Marcosson said he does not predict criminal charges for all of the officers, but does think Brett Hankison, who has since been fired from LMPD, could be indicted.

"I think by far he's the most likely to be charged," Marcosson said. "I think the very fact that the LMPD fired him for what it called misconduct and endangering people and not acting in conformity with LMPD policy — pretty much everything in that determination, could be used to make a strong case for wanton endangerment at the very least."

Marcosson said, based off of information already released to the public, he thinks Cameron has enough information to file charges against Hankison and said Cameron should have already done so.

"There is enough there that he could have been doing two things. One, reached some conclusion and brought some charges, for example against Officer Hankison," Marcosson said. "And second, he could have and should have been keeping the public more informed. There is a value in transparency in government."

The long-time law professor said he understands why Cameron will not commit to a timeline, but said he takes issue with Cameron's refusal to give updates on the investigation.

"In a time where the community is on edge, where there is so little faith in law enforcement among big parts of our community, part of the job of the attorney general is recognizing that reality, dealing with it, and adjusting his approach to meet the need," Marcosson said. "And I think the complete wall of silence...to make any kind of comments about how the investigation is proceedings, about how its being handled, I think, is a major failure on the attorney general's part."

Cameron's office has continually declined to comment on the status of the investigation or answer any questions about what is happening behind the scenes, claiming it could interfere with the investigation.

But Marcosson said there is a way to be transparent in a situation like this.

"I would certainly put that on the list of what separates good prosecutors from ineffective or bad ones — that they have that ability to be concerned or take care that they don't compromise investigations but still keep the public informed in high profile cases," Marcosson said.