Attorney Kevin Glogower said they are only seeking transparency and the truth, saying Cameron's messaging is very different from his office's court filings. 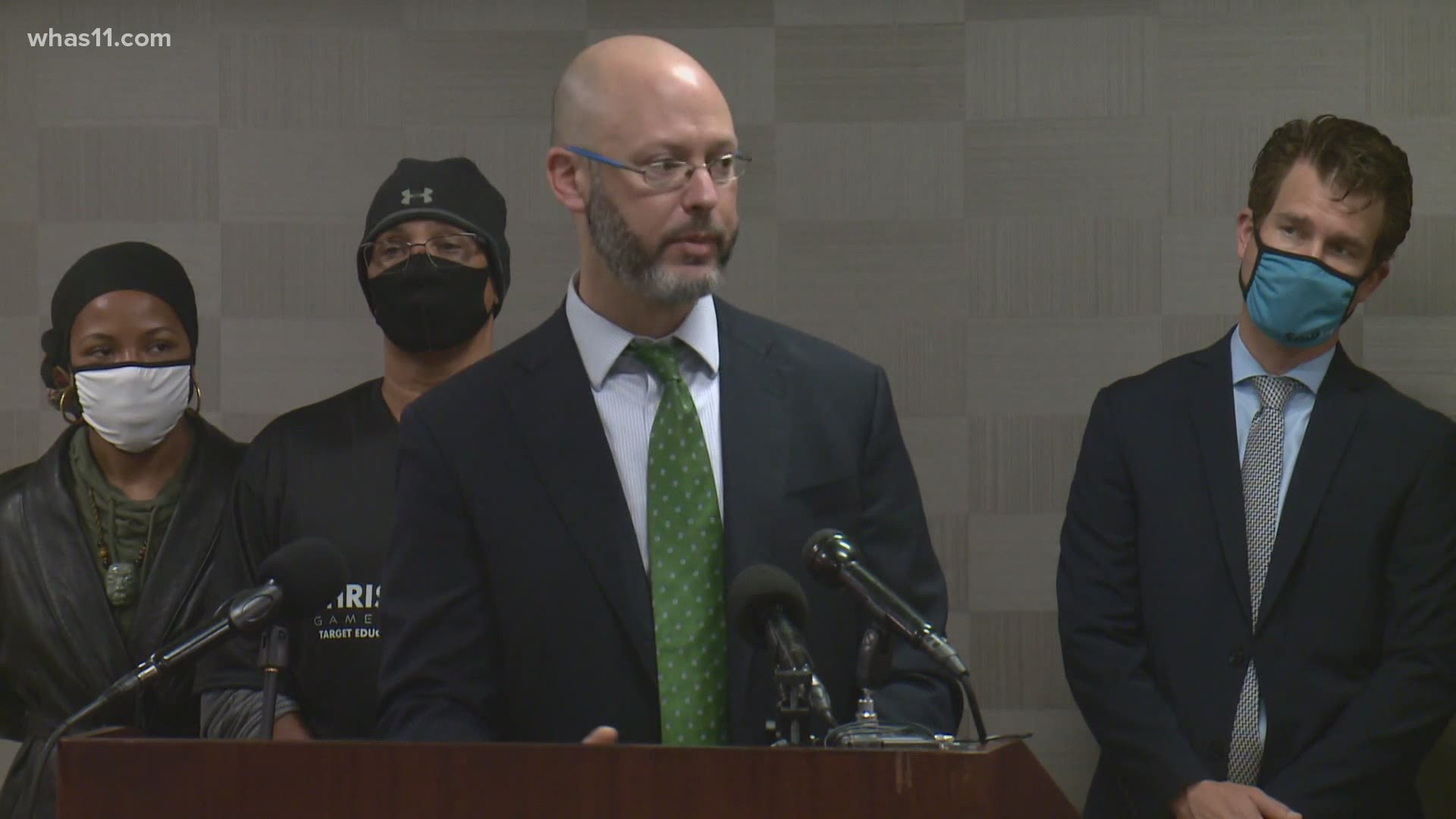 On Tuesday, Glogower mentioned a second grand juror who was monitoring the situation and could join as an interested party. He said the juror does not desire any additional legal action as they await a judge's decision in the process.

Glogower, who represents the first grand juror, also spoke about the "bold move" by Attorney General Daniel Cameron's office to appeal any possible decision that would allow his client to speak about the process.

"It's unprecedented because no one has ever seen a prosecutor step outside of that rule of secrecy and discuss so definitively what happened at that grand jury, but at the same time take every effort and opportunity to silence anybody that could counter that message," Glogower said.

Glogower said both jurors are only seeking transparency and the truth, saying Cameron's messaging is very different from his office's court filings.

"[Cameron] made mention six or so times that the grand jury was given absolutely everything on this matter, which is clearly not the case," Glogower said.

Attorney Kevin Glogower who is representing anonymous grand juror 1 says Cameron’s filing was a “bold move” because the court hasn’t even ordered anything yet. Glogower says everyone here is “seeking transparency.” @WHAS11 #breonnataylor pic.twitter.com/GfpVcMycbs

The attorney said recently released PIU files show interviews and videos were not provided to grand jurors, also pointing out Cameron's office did not investigate the application for the warrant. The FBI is currently investigating the warrant.

"It seems a little difficult to understand how the application for the warrant that brings these individuals to Ms. Taylor's door is not relevant to the deliberations of the grand jurors," Glogower said. "Many PIU interviews were not provided to the grand jurors for them to consider."

Glogower said the jurors were asking questions outside of the charges and relevant to the PIU files, but said "none of those questions were fully answered."

Judge Annie O'Connell has heard oral arguments from both Cameron and Glogower's offices, and said she will make a ruling as soon as possible.