The former Minneapolis officer was found guilty of murder and manslaughter in the May 25, 2020 death of George Floyd. 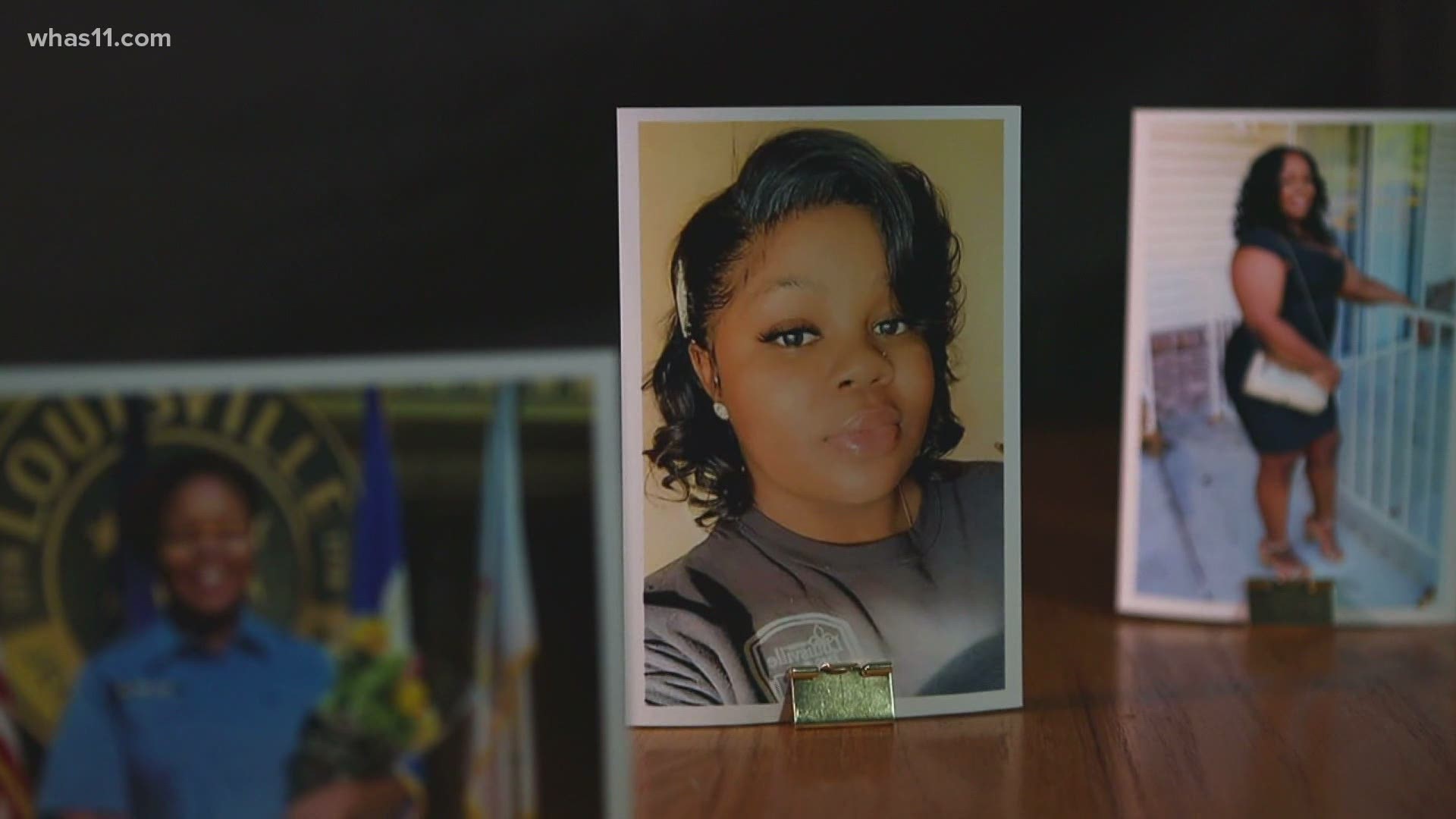 Chauvin was found guilty of murder and manslaughter in the May 25, 2020 death of George Floyd. Jurors deliberated for less than 12 hours before reaching their verdict.

In September 2020, a Jefferson County grand jury indicted one Louisville officer for firing shots that went into a nearby apartment the night police shot Breonna Taylor. No other officers involved were indicted.

Palmer tweeted that while justice has been served in Floyd's case, "we are not fighting for justice for all of the victims and families" who "haven't received theirs," using hashtags to honor Taylor, Ahmaud Arbery, Adam Toledo and more.

"This isn't over," Palmer tweeted.

She continued, "We up next! Justice for Breonna."

We up next! Justice for Breonna 🤞🏽

Kenneth Walker, Taylor's boyfriend who was with her when LMPD raided her apartment, shared Palmer's comments on Facebook, saying "LMPD take notes."

Crump tweeted Tuesday that "painfully earned justice" has arrived for the Floyd family, calling the verdict "a turning point in history."

Mayor Fischer released a statement saying he hoped the verdict will bring accountability and "a sense of peace and hope to our country."

"It’s well past time for America to make good on years of unfulfilled promises for truly reimagining public safety and addressing racial inequities in all the systems meant to serve and protect all people, especially communities of color," Fischer said.

Aguiar responded on Facebook, saying there has still been no justice for Taylor nor peace or accountability.

"Will everyone please remind our mayor that there still has been no justice for Breonna Taylor, no measure of accountability for it and no sense of peace surrounding it?" Aguiar wrote. "Why would you write this statement in this manner..."

"She wants nothing more than to be able to feel that same feeling they got today," Baker said.

She says for the Taylor family, the verdict is bittersweet.

Looking at the big picture, Baker said she's hopeful what came out of the Minneapolis courtroom will bring systemic change.

"We need prosecutors who are brave enough to seek charges against police officers if we're really going to see change across the country," Baker said.

In louisville, she said it's too soon to call the verdict a victory for everyone.

"I think only time will tell if the city is serious about change. I don't think our leaders can be comfortable that since we have the conviction in Minnesota, the protesters here are going to be happy with that. In order to be happy, we need to see changes in our city," Baker said.

The Louisville Branch NAACP hopes the conviction of a former police officer in the murder of George Floyd in Minneapolis is a pivotal moment in American justice for African Americans. It is long overdue, and much remains to be done. But today, we have hope as we call for justice for Breonna Taylor right here in Louisville and Ahmaud Arbery in Georgia, among others.

RELATED: 'I was defenseless.' | Louisville police officer under investigation after video appears to show him repeatedly punching man during arrest