He tells investigators he was surprised seeing former Officer Brett Hankison walk into the ER because that is not typical protocol for officer involved shootings. 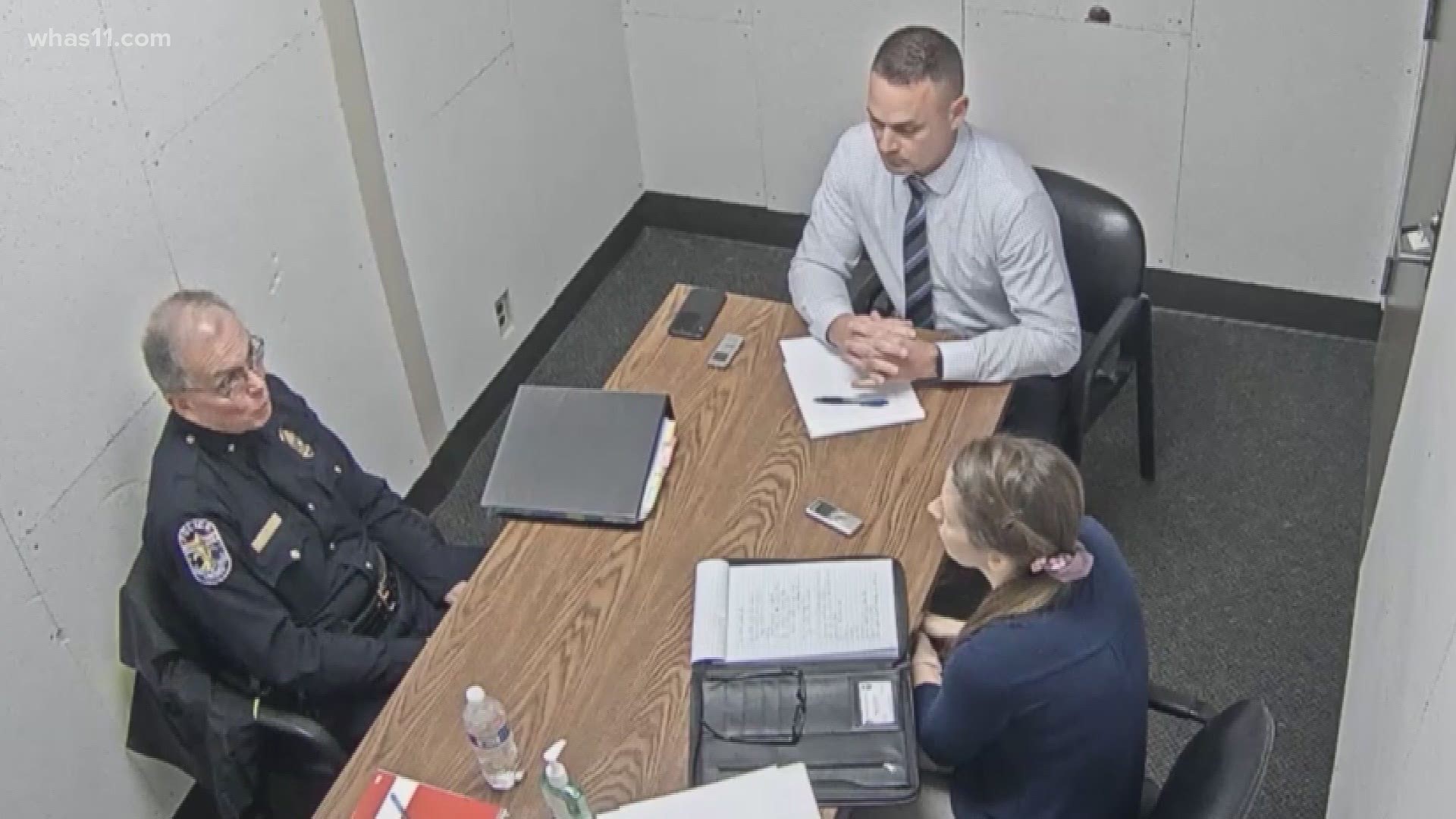 LOUISVILLE, Ky. — In the minutes, hours and days following the night Breonna Taylor was killed, members of LMPD were interviewed. That includes former Chief Steve Conrad who was not at the apartment during the raid on Springfield Drive.

"I received a call and a number of texts from different members of the department, making me aware of the shooting," Conrad said.

It was around 1:00 a.m. when he found out Sgt. John Mattingly was shot so he went to the hospital.  That's where he started to hear details about the shooting from Major Josh Judah and Lt. Les Skaggs.

"Saw her lying on the floor in a prone position holding a rifle and she was the one directing the fire at them," Conrad said.

But as Conrad explained in his interview, things started to seem strange when he watched former Officer Brett Hankison walk into the ER.

"I was surprised by that because the typical response is that someone from public integrity is usually tasked with keeping up with the officers involved," Conrad explains. "My experience is that they are brought here to public integrity by members of this unit."

Conrad says instead, Hankison was at the hospital, visibly shaken.

"That kind of nervous sort of energy you have after something traumatic happens," Conrad said.

Conrad says he didn't ask Hankison any questions, but regardless, Hankinson told Conrad about a man inside the apartment with a rifle.

As Conrad acknowledged to investigators, Hankison was involved in the shooting. Judah and Skaggs were not.

"Burbrink shared that Brett was afraid, that he was going to lose his job," Conrad said.

The former chief provided context to this comment from Officer Kim Burbrink, saying as a member of the police merit board, Hankison frequently voted against the department.

"I think he was consistently worried that he would get in trouble and somehow I would retaliate."