The former Louisville guard was part of a video calling on the sports world to do their part 'to make this country better.' 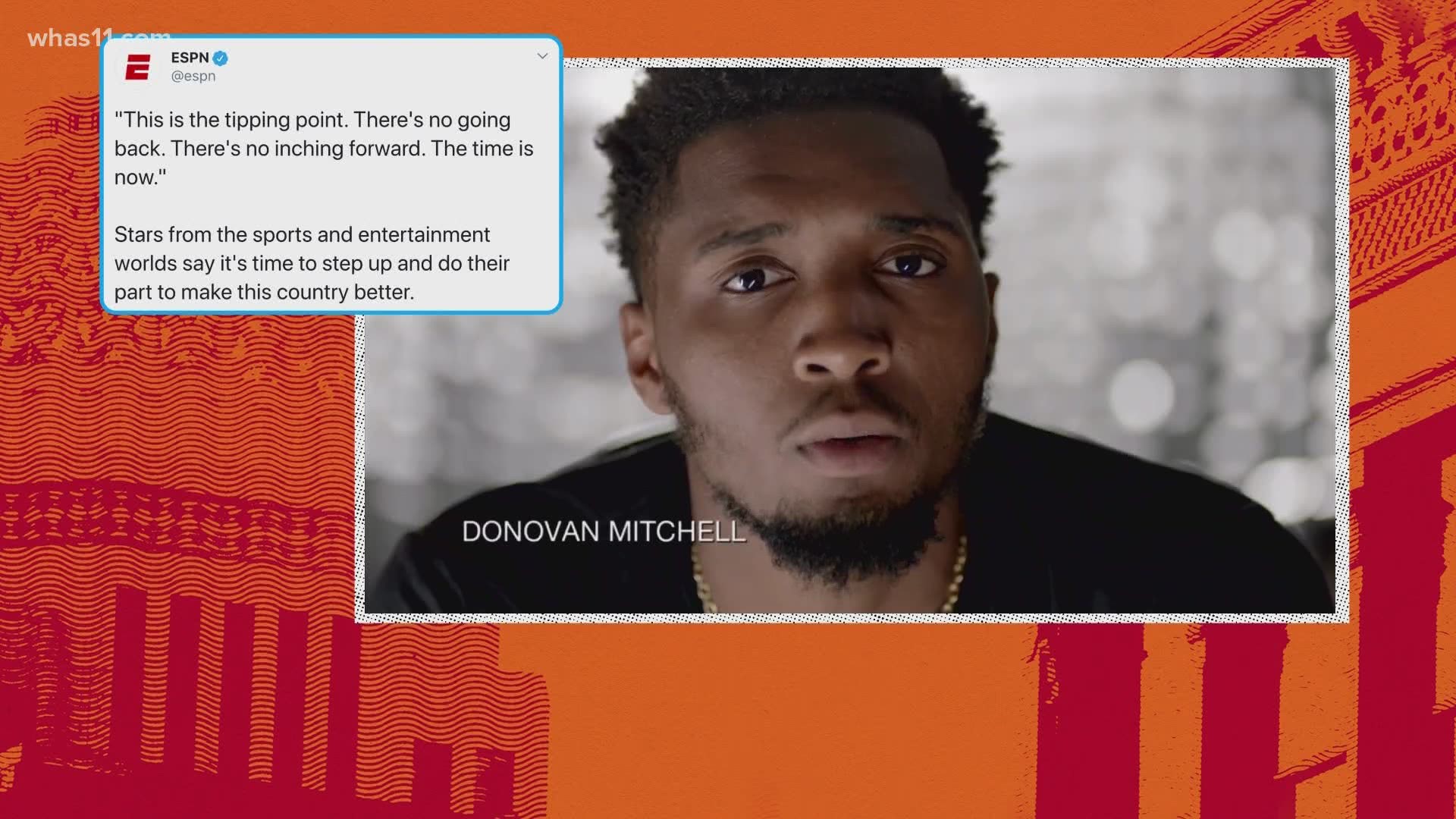 The video, put together by NFL safety Malcolm Jenkins, urges the sports world "to do our part to make this country better" following the deaths of Black Americans.

"This is the tipping point," Jenkins said. "There's no going back. There's no inching forward. The time is now."

While Taylor, who was killed by police during the execution of a no-knock search warrant March 13, has been the focus of local protests, national attention has often been directed at protests and news surrounding the death of George Floyd.

"While the murder of George Floyd was at the center of everyone’s attention, too often we forget about Black women like Breonna Taylor," Mitchell said in the video.

This is not the first time Mitchell, who played at Louisville from 2015-17, has spoken about Taylor's death. On June 7, he tweeted, "ARREST THE COPS WHO KILLED #BREONNATAYLOR."

Mitchell has also tweeted about the death of David McAtee, a Louisville man who died after being shot by the Kentucky National Guard outside his business. The guard was helping Louisville police disperse a crowd after curfew June 1.

"Now, we call on our white counterparts to use their voices, and talk about real change and how they'll make it happen," Mitchell said.

A note at the end of the video read, "As of June 21, 2020 none of the officers who murdered Breonna Taylor have been arrested."

The video can be viewed in its entirety below.

RELATED: The ESPYS focus on honors, pandemic and racial justice