Daniel Cameron: Officers Mattingly, Cosgrove 'justified' in their use of force the night Breonna Taylor died

Former Louisville officer Brett Hankison was indicted on wanton endangerment charges after his shots entered a nearby apartment. 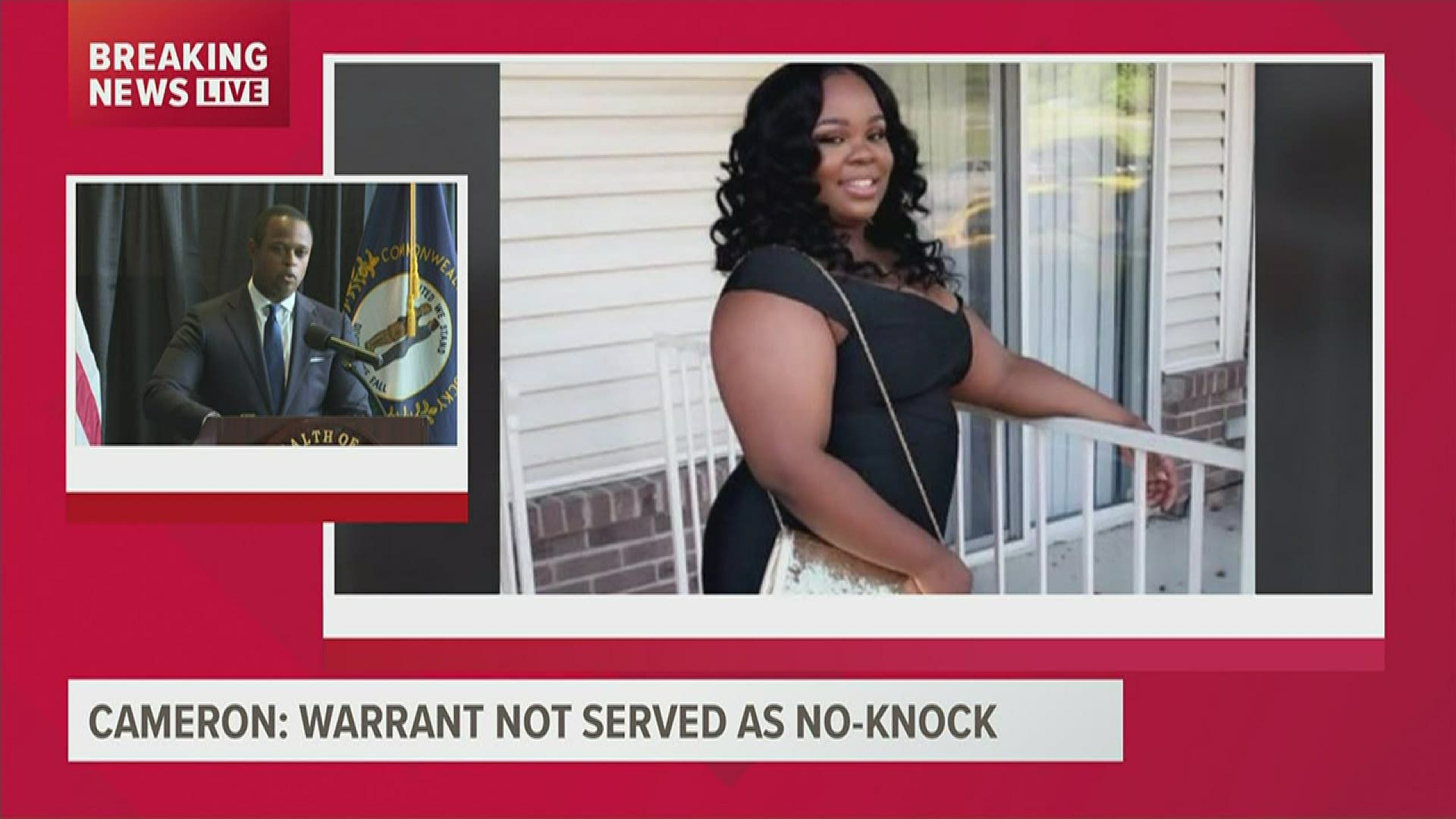 The two officers were identified in the AG's investigation into Taylor's death, however neither were indicted by the Jefferson County grand jury. Former LMPD officer Brett Hankison was indicted on three counts of first degree wanton endangerment for firing shots that went into a nearby apartment.

Cameron said Mattingly was the only officer to enter Taylor's apartment. He was struck by one bullet from Taylor's boyfriend, Kenneth Walker. Walker's attorneys said he did not know who was entering the apartment, firing one warning shot.

Mattingly responded with six shots and Cosgrove fired 16 times. In total, Taylor was struck six times. Cameron said a report from the FBI lab found one bullet fatally hit Taylor. That shot was fired by Cosgrove.

The attorney general said Kentucky law finds that Mattingly and Cosgrove were justified in their use of force in response to Walker's shot. Cameron also said murder charges "are not applicable to the facts before us."

Kent Wicker, an attorney for Mattingly, said Taylor's death was a "tragedy," but said the officers "did not act in a reckless or unprofessional manner."

"They did their duty, performed their roles as law enforcement officers and, above all, did not break the law," Wicker said in a statement.

Hankison, who was indicted, also fired into the apartment. Cameron said there is no evidence his bullets hit Taylor, but bullets did go into a nearby apartment, endangering three people. The wanton endangerment charges are felonies, and Cameron said each charge is punishable by up to five years in prison.

Cameron's office said it did not investigate Kenneth Walker or Breonna Taylor, claims of civil negligence by the officers or the narcotics case against Jamarcus Glover or the search warrant obtained for Taylor's apartment.

Before the announcement, legal experts said they believed Hankison would face wanton endangerment charges, saying it would be difficult for the prosecutor to try to get a unanimous verdict to convict officers of murder.

The FBI will continue its independent investigation into any violations of federal law.

RELATED: Grand jury indicts Brett Hankison in Breonna Taylor case, but no charges in her death