"We’ve received notice from the attorney general and the FBI that they want to prohibit the public dissemination of information." 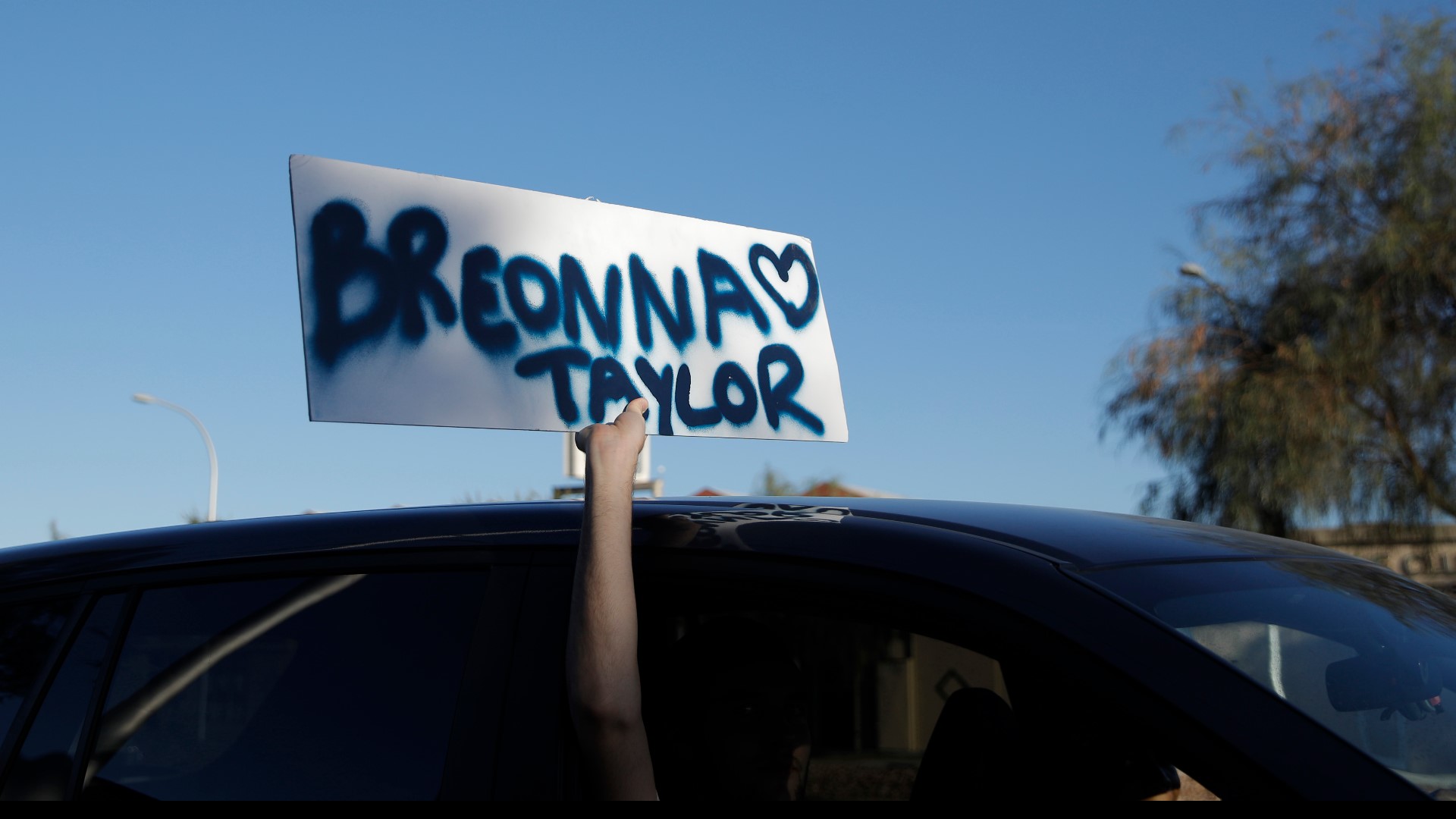 LOUISVILLE, Ky. — A protective order will prevent evidence in Breonna Taylor’s wrongful death civil lawsuit from being released to the public.

Taylor's family attorneys, Sam Aguiar and Lonita Baker along with the city and police have agreed to the protective order. The attorneys were on a telephonic court hearing Wednesday with Jefferson County Attorney’s Office, Judge Judith McDonald-Burkman and the legal team representing the police officers involved in the shooting

The two parties agreed the protective order will help speed up the process especially after Taylor’s family attorneys have been battling a delay in getting records and documents.

Aguiar said a delayed response to his subpoenas can damage evidence.

“We have an officer-involved shooting where we don’t have any information right now," Aguiar said. "I’ve got experts concerned that information is going to be lost whether inadvertently or as a result of just data retention.”

During the hearing Aguiar said his team wants to know who reported to the scene the day Taylor was shot and killed, who has camera footage and what cell phone information has been preserved.

“So certainly our concern right now is that every day that goes by we don’t get this early information, we may never get it," Aguiar said.

Aguiar had initially talked about filing a motion for contempt because he claimed city officials were ignoring a number of his subpoenas. Assistant Jefferson County Attorney Peter Ervin argued during the hearing that some of the subpoenas were questionable.

“Two subpoenas to LMPD right now seek IT type of information in relationship to 57 [officers] and we think that’s considerably overbroad," Ervin said.

The two parties agree this is a complicated case especially given the national uproar it has caused.

“We’ve received notice from the attorney general and the FBI that they want to prohibit the public dissemination of information," Ervin said.

Aguiar said some of the subpoenas are overdue. He requested Taylor's autopsy report and the entire personnel files from LMPD merit board back in May.

“We have those documents together, we are prepared now to produce them once we get an effective protective order in place," Ervin said. “The idea of the execution of a protective order goes a long way first in alleviating the issues related to these two categories of documents.”

Aguiar said down the line if they disagree with a piece of evidence being classified as confidential, they can ask a judge to make it public. The next pre-trial conference hearing scheduled for July 10.

RELATED: Petition started to rename a downtown street in Michigan in honor of Breonna Taylor