'Praise in the Park' event honors Breonna Taylor on her birthday

The Breonna Taylor Foundation brought a large crowd to the Big Four Lawn on Saturday for an event called “Praise in the Park." 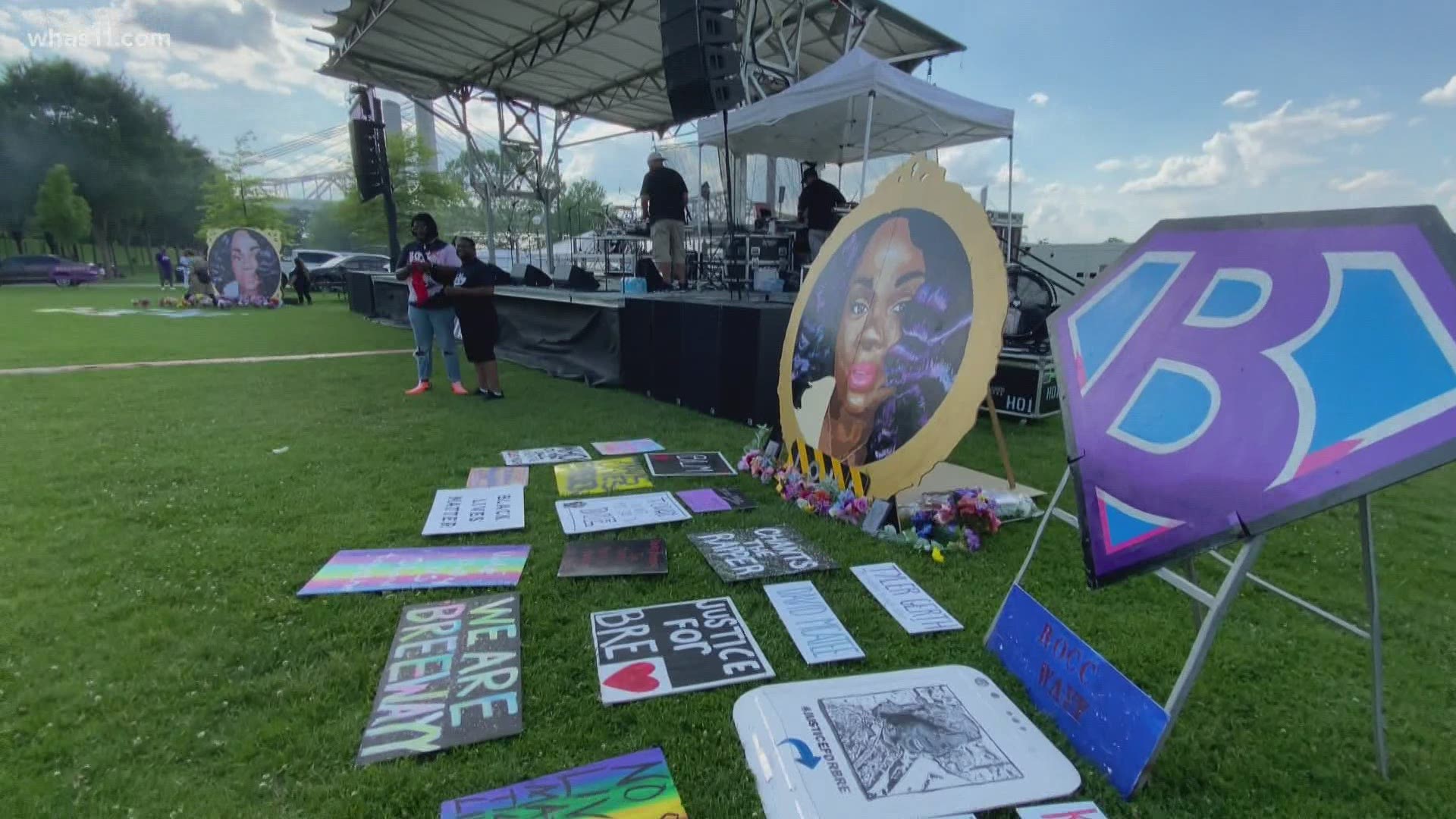 LOUISVILLE, Ky. — On what would have been Breonna Taylor’s 28th birthday, many gathered at Waterfront Park to celebrate and honor her after she was killed by Louisville Metro Police officers more than a year ago.

The Breonna Taylor Foundation brought a large crowd to the Big Four Lawn on Saturday for an event called “Praise in the Park” which featured pastors and gospel singers.

At the event, signs called for justice in the death of Taylor and others who were killed in the past year.

Lonita Baker, an attorney for Taylor's family and an event organizer, said this event functions as an encouragement for the community, to keep uplifting and demanding justice in Louisville.

"While we are still fighting for justice for Breonna, for the officers to be held criminally responsible, we also wanted to bring words of encouragement to our community,” Baker said.