Claims have been made that LMPD Det. Joshua Jaynes lied on the affidavit to get a judge to sign off on the search warrant. 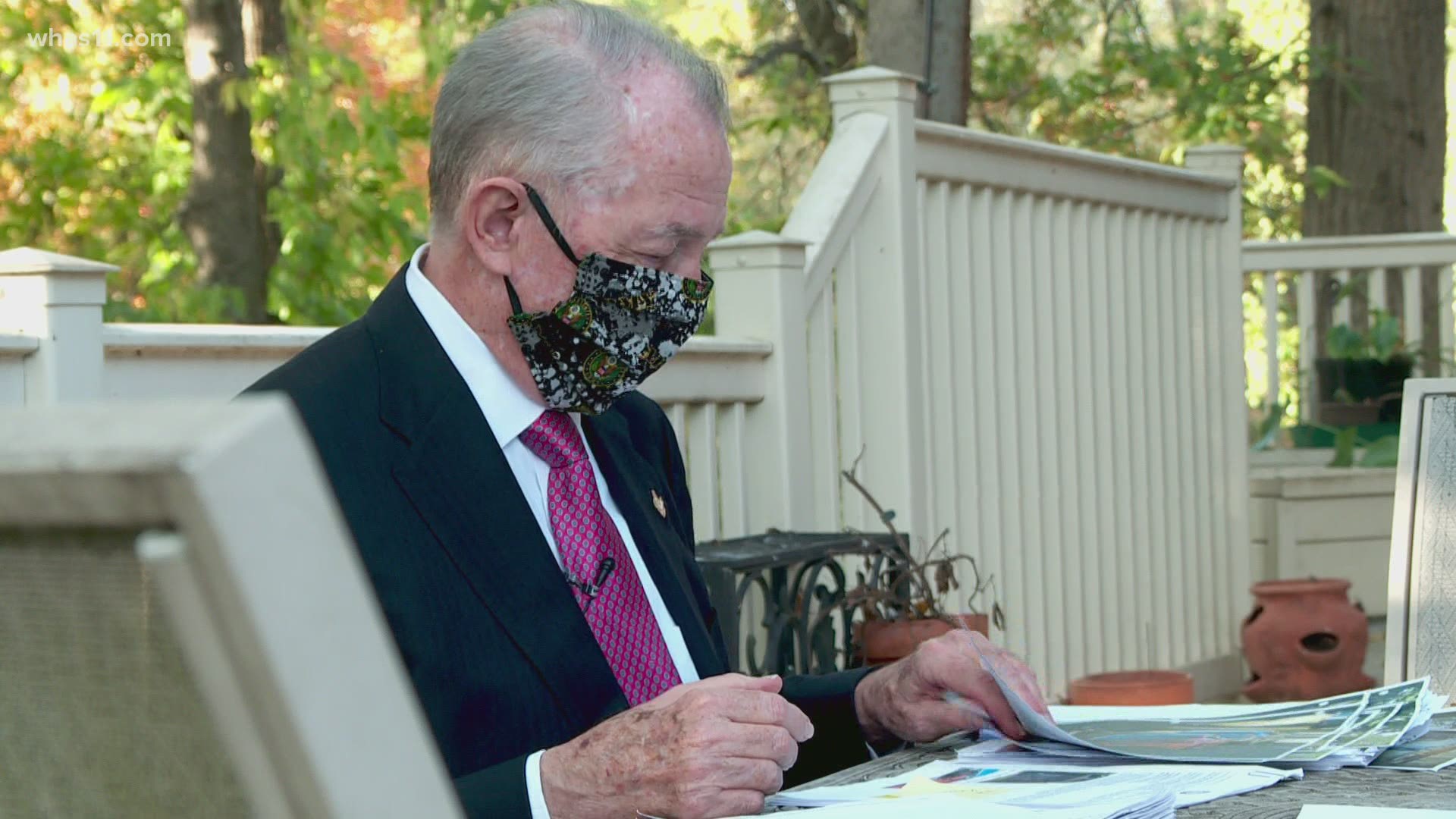 LOUISVILLE, Ky. — The detective behind the search warrant for Breonna Taylor's apartment, is at the center of a federal investigation now into what happened surrounding her fatal shooting by police.

Claims have been made that LMPD Det. Joshua Jaynes lied on the affidavit to get a judge to sign off on the search warrant. Jaynes's newly-hired attorney, Thomas Clay, said the detective didn't lie.

"There's little, if any, doubt in my mind there was more than adequate evidence to establish the existence of probably cause for the issuance of that warrant," Clay said.

In question is a line in the search warrant, signed by Judge Mary Shaw one day prior to the execution of the warrants on March 13. Det. Jaynes wrote that he "verified through a US Postal Inspector that Glover has been receiving packages" at Taylor's home. Jamarcus Glover is Taylor's ex-boyfriend, who was at the center of the drug investigation, and the target of the search warrants.

In a PIU investigation, released this month, Det. Jaynes is seen telling investigators he didn't intend to mislead the judge.

"I could have worded a little bit differently in there," Jaynes said.

PIU investigators wrote in their summary the wording in the affidavit was "misleading."

"I think it was a good faith mistake. He didn't need to lie about that. He had so much other evidence to establish probable cause," Clay said.

LMPD was repeatedly told there were no suspicious packages delivered to Taylor's home, according to an internal department report. But, Clay said even if the part about the packages was removed from the warrant, he believes there was still enough evidence for probable cause.

"If you were to take that statement out, which is what a court does when it analyzes search warrants and the sufficiency of the affidavit, if there's something in there that's wrong or false, the court takes that out and says 'okay what do we got left?"' he said. "I believe there's overwhelming evidence of probably cause here."

Records in the released LMPD PIU file for Taylor's case also revealed Jaynes did not verify through the Postal Inspector that packages were being delivered to Taylor's 3003 Springfield Drive address. Instead, Jaynes asked Sgt. John Mattingly to do it, citing the fact that Jaynes believed Mattingly had a better relationship with the Postal Inspector's Office. Mattingly asked two Shively police officers to check for packages being sent to Taylor’s home.

In the PIU records, Jaynes said Mattingly told him in February that Glover was receiving mail packages at Taylor's home, but he said they were not designated as "suspicious" by the Postal Inspector.

"Obviously, this was a screw-up," Clay admitted. "To me, that is an innocent mistake and again, I go back to the fact Detective Jaynes had no reason to lie on this search warrant."

The PIU recommended Jaynes obtainment of the affidavit be "reviewed for criminal actions" but no charges have been filed.

"I don't think it's a basis for any criminal prosecution," Clay said.

While the Department of Justice investigates the case, including any civil violations, Det. Jaynes remains on administrative leave from LMPD since June.

Clay said he has been in contact with the federal investigators and plans to have a "sit-down session" with them to go over the evidence he has.