Police say that small group destroyed property at Spalding University and Presentation Academy including setting a car in Spalding's parking lot on fire. 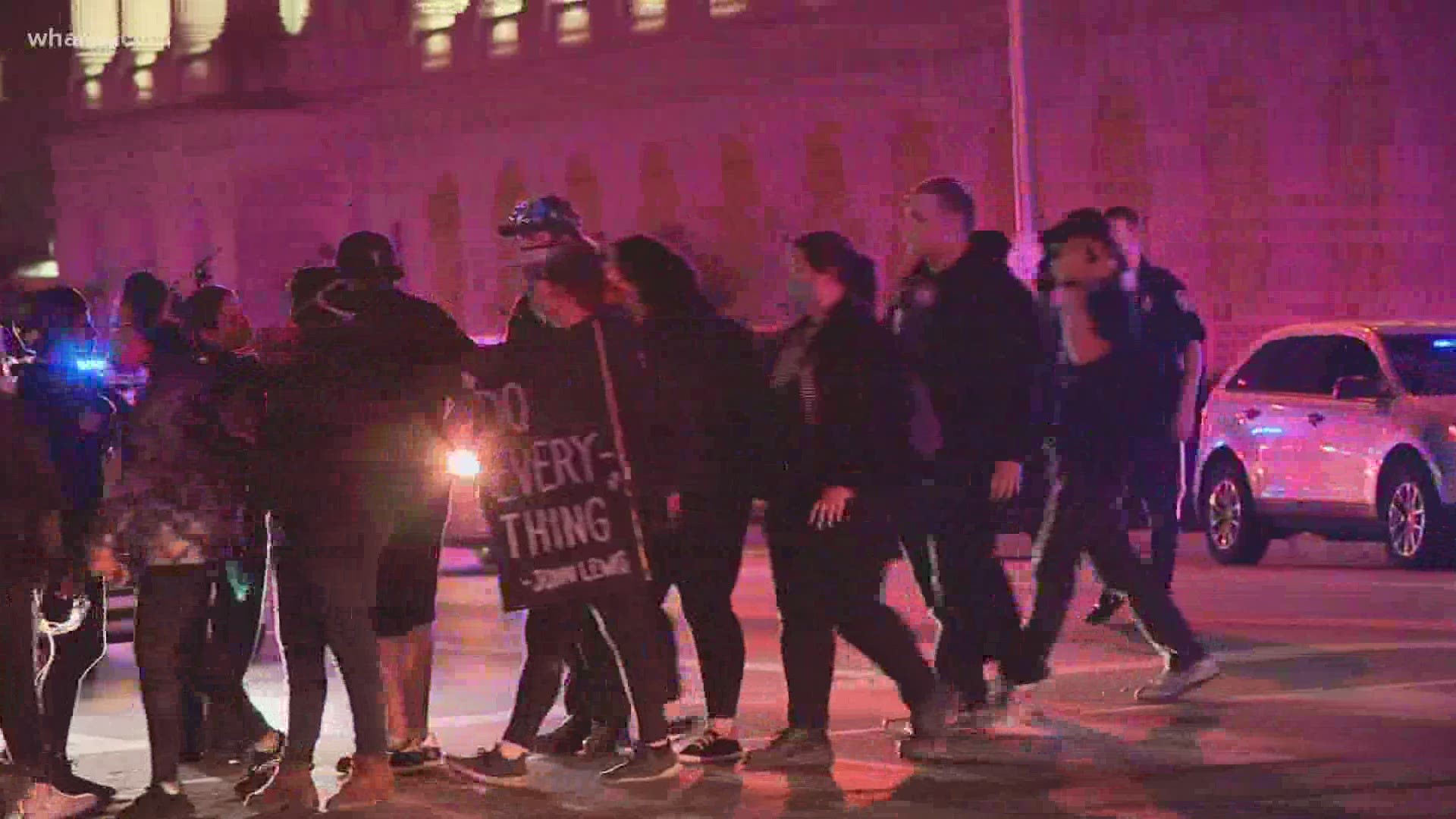 LOUISVILLE, Ky. — According to LMPD, 25 people were arrested in protests that took place Saturday night in Louisville.

Police say that before curfew took effect, directions were given to clear the Jefferson Square park just before 9 p.m. Police confirmed they saw people gathering plywood shields and other items that could be used as weapons.

An order was given to disperse over a loudspeaker and several people did begin leaving the park.

According to LMPD, a large group of protesters made their way down 6th Street, eventually going to the First Unitarian Church. Just before Midnight, police say a smaller group of people at the church left and began causing destruction.

Plywood shields were set on fire on the street in front of the church and windows at Spalding University and Presentation Academy were smashed. Graffiti was sprayed across several buildings, according to police.

A car on a Spalding parking lot was also set on fire with fireworks inside it, setting off small explosions.

Police responded and the fire department put the car fire out and several arrests were made during this situation.

People inside the church were asked to remain there while police were conducting the investigation and securing the area.

Charges for the 25 arrested include Breaking Curfew, Failure to Disperse and Rioting.