'I want the public to help fight for me': Sherry Ballard plans rally after visitation rights denied 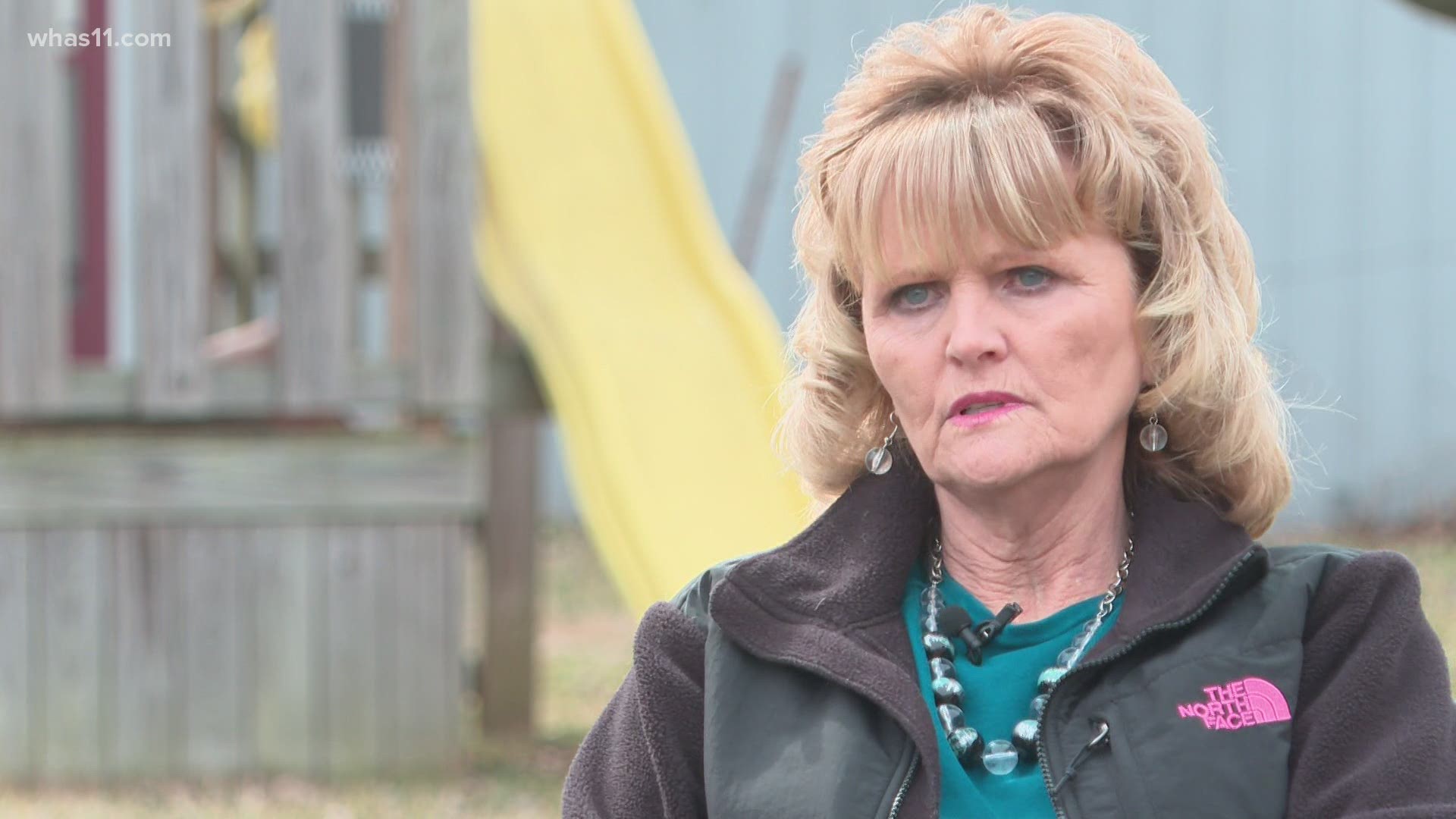 BARDSTOWN, Ky. — Just one week after a Nelson County judge denied Sherry Ballard the right to visit her grandson, the mother of Crystal Rogers has announced plans for a protest outside the Nelson County courthouse.

"What can I lose? How convenient is it for the courts for me to just sit here and be quiet and just take everything they dish out to me," Ballard said. "I refuse to do that anymore. I'm not losing anything because I'm not getting anything."

Houck is the main suspect in Rogers' disappearance, though no charges have ever been filed against him. Court documents revealed Houck said he did not want his son to have contact with the Ballards because he felt it would be "detrimental" to him.

In his decision, the judge said there is "clear and convincing evidence significant hostility" exists between the Ballards and Houck, and said such hostility could pose a significant risk of emotional harm to the child.

Ballard called the decision an injustice, saying she has done everything she can to help her grandson. Rogers' four other children, who Houck did not father, have not had any contact with their sibling.

"One day that baby is going to be old enough to come and see me, and he's going to know everything I have done to fight for him," Ballard said.

Ballard and others have planned a rally at the Nelson County Justice Center March 27 at 2 p.m. to protest the decision.

"I feel like they've backed me in a corner with no other options left," Ballard said. "I want the public to help fight for me. I want them to be aware of how I've been treated in these courts."

The custody battle has been going since December 2015, five months after Rogers disappeared.

The FBI took over the Rogers investigation in 2020, announcing plans to conduct dozens of interviews and searching the homes of Brooks Houck and his family. They did not offer a timeline for the investigation.

The Bardstown podcast, which details developments in the Rogers case, is available on Apple Podcasts or any other streaming service.