Family and friends pray for Crystal Rogers, six years after her disappearance

Dozens filled Saint Thomas Parish in Bardstown Wednesday to remember the missing mother of five. Rogers' mother hopes this will be the last one without answers. 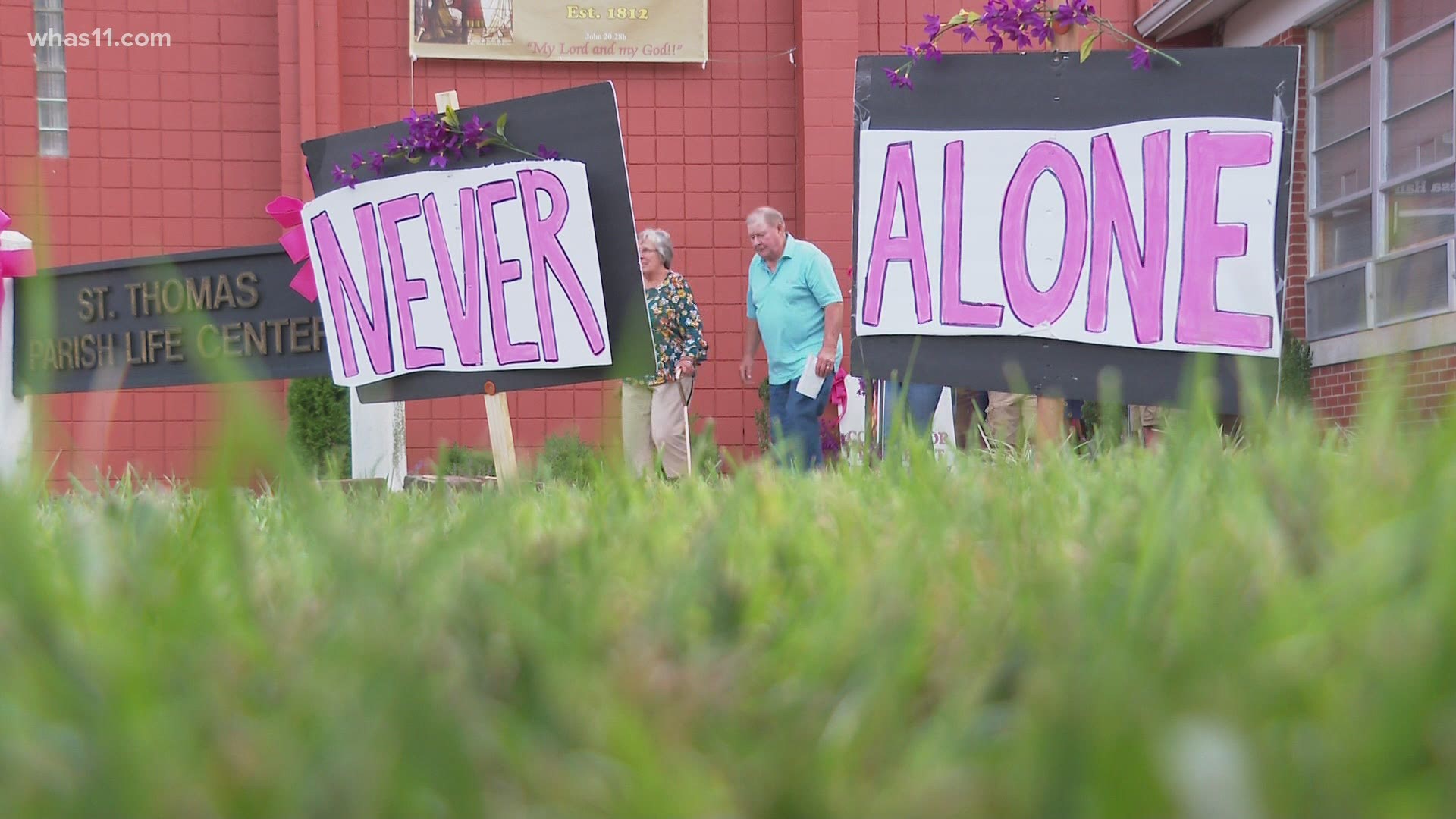 "I'm always wondering if people are going to show up," Crystal's mother Sherry said, a few hours before the vigil.

People always show up. This year there were dozens, sometimes there's standing room only.

People sat in their chairs, wearing shirts that said, "2 years," "6," "You deserve to be remembered," and several were adorned with butterflies.

The thought brings a tear to Sherry Ballard's eye.

"To think about the support I've gotten, and the people praying for me and my husband, it gets to me sometimes," Ballard said.

Everyone in the room would tell you Sherry and her family deserve the support, especially Judy Mckee.

"They are the most down-to-earth honest people that I've ever met," Mckee said while her dog, Geena, rested at her feet.

Mckee and Geena drove from Florida to Bardstown to help find Crystal six  years ago. At that time, Geena was just a pup. Now, her hair is greying.

"It's been too long," Crystal's grandpa Till Ballard said."We put these signs up for six years, ya know, we don't want to go another six years."

Sherry Ballard has faith this will be the last vigil without answers. The FBI and Nelson County Sheriff's office were both at the vigil, a sign that this case is still a priority.

"They haven't forgotten," she said. "They are still working very hard and they are working hard on this case, and I think they are going to get justice."

As Sherry awaits the news of what happened to her daughter here on earth, she finds relief knowing Crystal is in heaven with her father.