Sheriff Pineiroa said the FBI will have security by the search site overnight on Thursday as crews continue to look for evidence in the Crystal Rogers case. 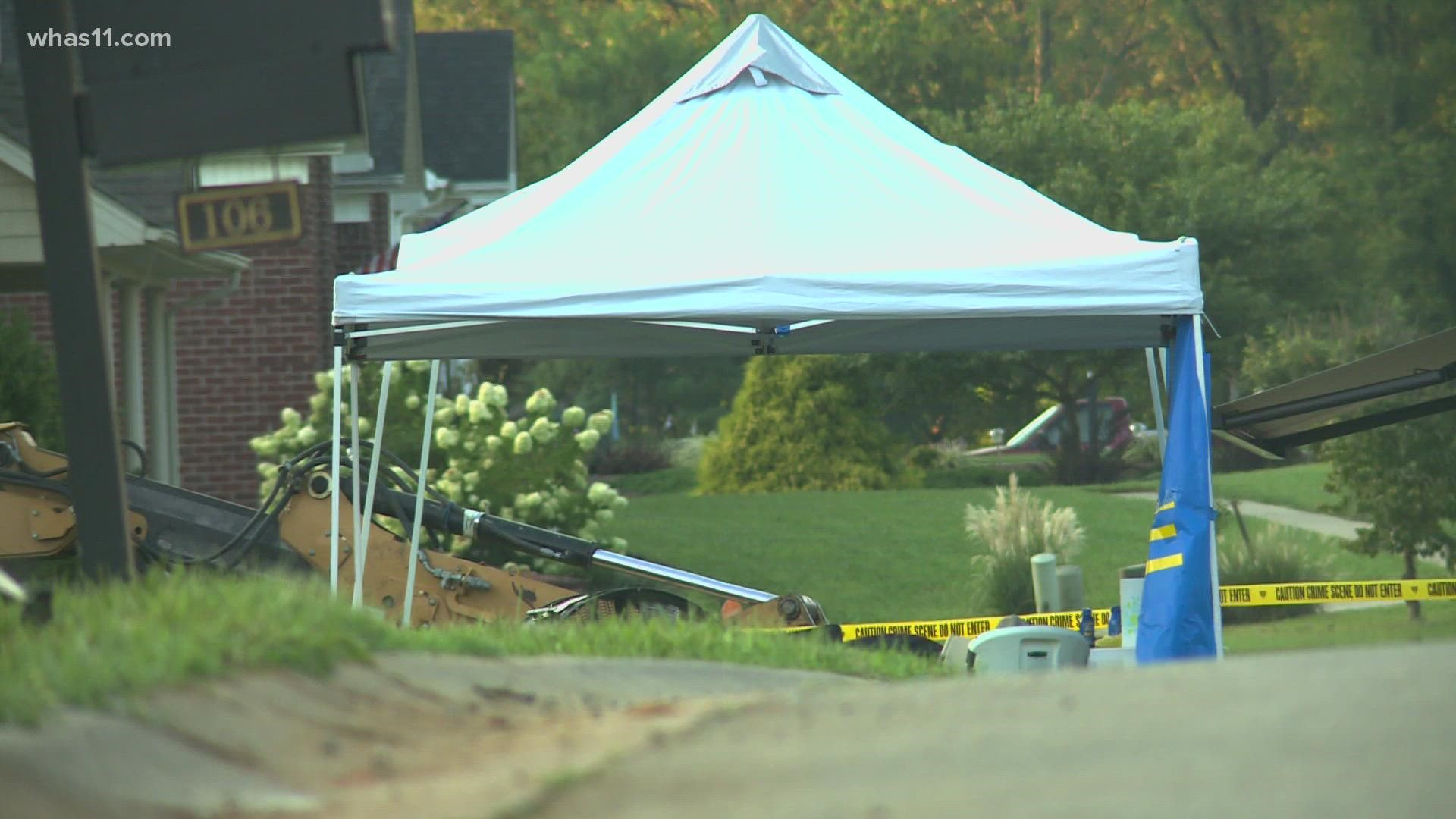 BARDSTOWN, Ky. — Piles of concrete slabs and dirt, paired with overnight security -- that was the scene in a Bardstown neighborhood after a third straight day of digging by the FBI in search of Crystal Rogers, who has been missing for six years.

On Thursday evening, the Nelson County Sheriff's Office confirmed the excavation efforts on one of the Woodlawn Springs' properties would continue into a fourth day early Friday morning.

Neighbors said they're hearing it will come with further removal of driveway concrete.

Sheriff Ramon Pineiroa told WHAS11 that their crews left around 6:30 p.m. Thursday, as FBI agents paused work earlier than on the previous two nights, giving residents a break as they came home.

Another shift from Wednesday: Sheriff Pineiroa said the FBI will have security by the search site continuously throughout Thursday night.

WHAS11 spent the evening in Bardstown to get further community reaction to the latest efforts.

To put it in perspective, two homeowners - one on each side of N Howard St. - told us off camera that they had moved in within the last several weeks. Now, both are a quick walk away from an FBI excavation, where the third day of digging revealed more visuals than new details.

Through the day, loads of debris were transported by truck -- from the site of an uprooted driveway to Dean Watts Park.

Whether anything has been revealed is unclear, and all the community can do is speculate and hope.

"We want it solved. We want it finished because it’s not the heart of what Bardstown is," said co-owner Stephen Vittitow, speaking about the string of unsolved murders in the town.

The business gets tourists from all around the world, many showing interest in the town’s mysterious history.

Even Vittitow, born and raised in Bardstown, can only best explain from what he reads and hears.

"With hers being solved, yes it would put a lot of people at rest, but it’s also going to continue because of the other issues it could branch out to -- these other cases in Bardstown," Vittitow said.

The FBI released a statement Thursday, saying it'll continue efforts “as long as it takes.”