'It just feels different': Clues into what the FBI is searching for in connection to the Crystal Rogers case

Agents confirmed that crews would go back to the Woodlawn Springs area Wednesday after spending all day searching Tuesday. 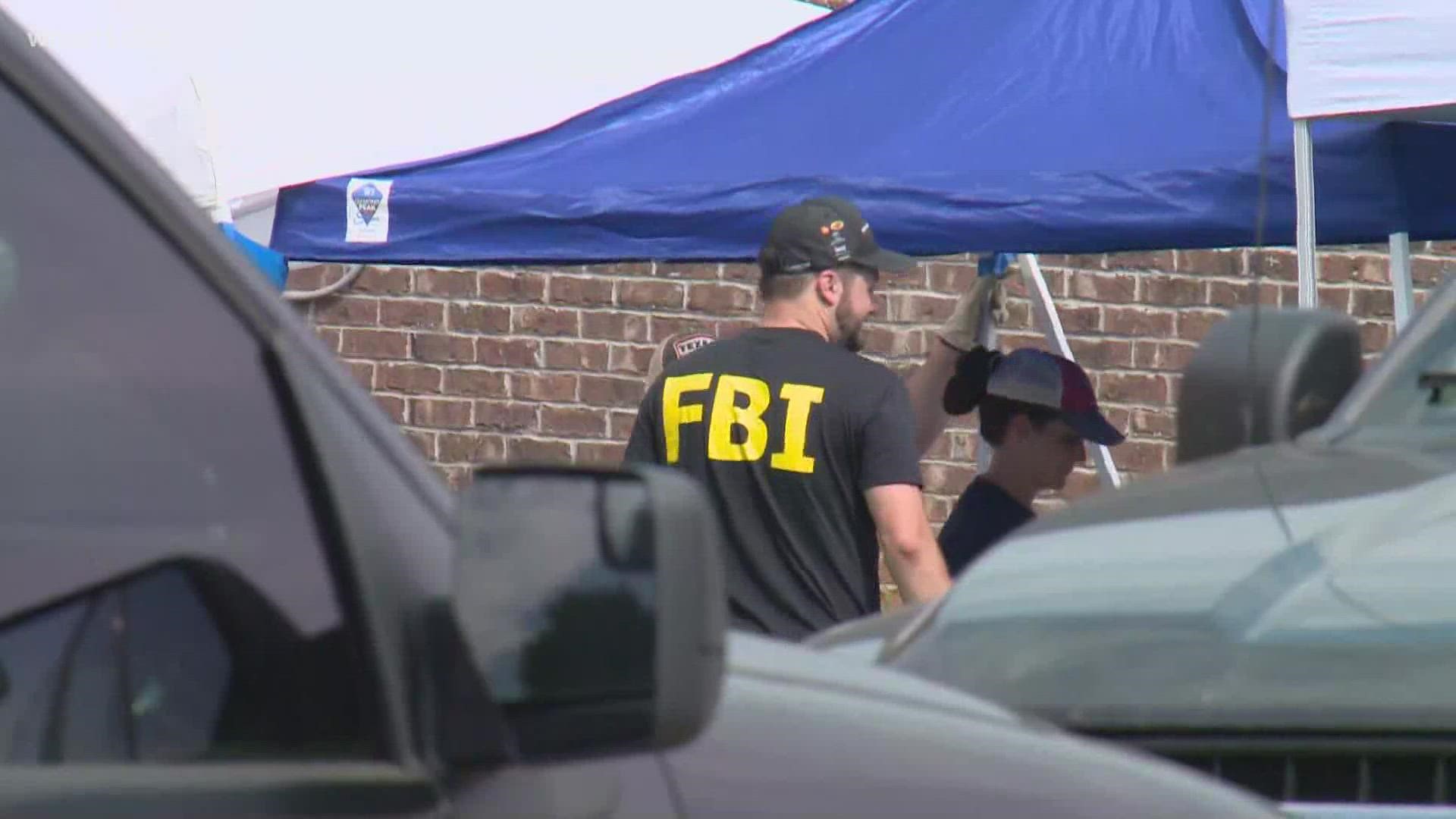 BARDSTOWN, Ky. — FBI Louisville returned to one Bardstown subdivision Wednesday to continue searching the area for any evidence related to Crystal Rogers' disappearance.

Crews spent all day Tuesday in the Woodlawn Springs subdivision but did not release any new information when they left around 9 p.m.

The FBI confirmed they would return to one property Wednesday. Drone footage from the previous day showed special agents laying tarp, bringing shovels and using a cadaver dog to find where to dig.

Later in the day, the FBI gave its first clue into what investigators are focusing on. Giant pieces of one driveway were hauled out of the neighborhood on the back on a construction truck.

The Nelson County Sheriff said the FBI is keeping the work being done on the site secretive. The FBI brought WHAS11 to the search site, where at least three agent were working on property. An evidence collection unit is parked on the street and three tents are assembled near a driveway where agents are working.

Documents from the Nelson County PVA show that Houck Rentals LLC owns three homes in the Woodlawn Springs subdivision. Brooks Houck, Rogers' boyfriend at the time of her disappearance, is listed as the registered agent for Houck Rentals.

The FBI said Tuesday residents in the area are not considered suspects in this case.

Crystal Rogers, a mother of five, went missing over the Fourth of July weekend in 2015. Houck was named a main suspect in her case but has never been charged.

Rogers' mother Sherry Ballard has been following developments from home. She said the search site is the same spot a cadaver dog pointed out to "Team Crystal" in their search.

"I don't think they would just randomly pick a driveway unless they had a reason to do that," Ballard said. "When my daughter went missing, Brooks was building in that neighborhood."

Ballard said the FBI previously told her there was 25-30% chance they would be able to bring Rogers home, but as the search continues, she thinks the chances have gotten better.

"I'm ready to bring my daughter home," Ballard said. "I'm ready for that."