A Nelson County maintenance truck has carried loads of dirt, concrete and gravel out of the area for the past 24 hours, dropping it off at nearby Dean Watts Park. 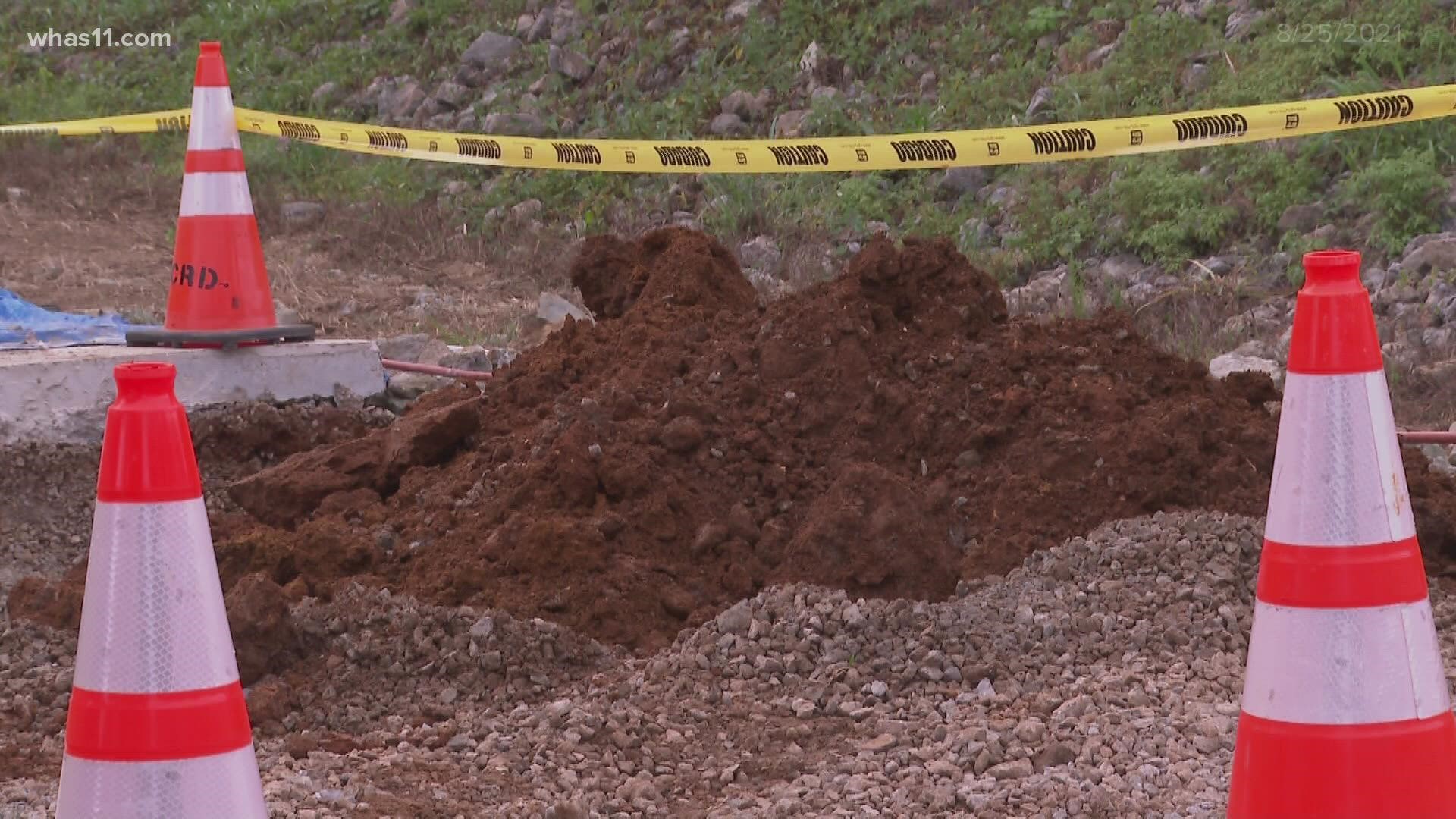 BARDSTOWN, Ky. — For the third day in a row, the FBI is in Bardstown searching for clues leading to missing mother Crystal Rogers.

Federal agents narrowed their search Wednesday to one driveway in the Woodlawn Springs subdivision. A Nelson County maintenance truck has carried loads of dirt, concrete and gravel out of the area for the past 24 hours, dropping it off at nearby Dean Watts Park.

As the crew continues its search, more material is being taken away, meaning the search likely going deeper or wider on the property.

While the FBI has only said the search is a result of information gathered in their investigation, documents show Houck Rentals LLC owns three homes in the subdivision, including two on the street blocked off by special agents. Brooks Houck, Rogers' boyfriend at the time of her disappearance, is listed as the registered agent for Houck Rentals.

Wondering where those loads of driveway dirt, concrete and gravel are going? Looks like it’s being dumped at nearby Dean Watts Park. We watched several loads taken away last night… and today I’ve seen the truck coming and going constantly. Appears the search could be expanding. pic.twitter.com/aMcfQduwEr

Unlike in past days, access to the search site has been cut off, with special agents not allowing access near the area. Cameras were able to get close to a hole near the FBI's evidence tent Wednesday night, showing crime scene tape and a nearby excavator.

Sherry Ballard, Roger's mother, said she is exhausted but hopeful. Every night, FBI agents go to her home to give her an update on the day's work. She said they seem positive and hopeful, and for that she is grateful.

"This has been different and I feel very, very very...different little things that have happened, its like its all just lining up. I think this is going to be my answers," Ballard said.

The FBI released its first update to the public since Tuesday, saying "investigators are focused on finding any evidence that will shed light on what happened to Crystal."

"While we do not have a timeline in regards to when the search will conclude, we will continue our efforts for as long as it takes," the statement says. "We appreciate the community's support, particularly the residents of the Woodlawn Springs subdivision."

Community members have stopped by the area, some bringing food and drinks to officers and special agents working. Anyone with information in the Crystal Rogers case is asked to report what they know to the FBI through their taskforce website.