Jason Ellis was found unresponsive in the middle of the road after a night shift in 2013. Police never found his killer. 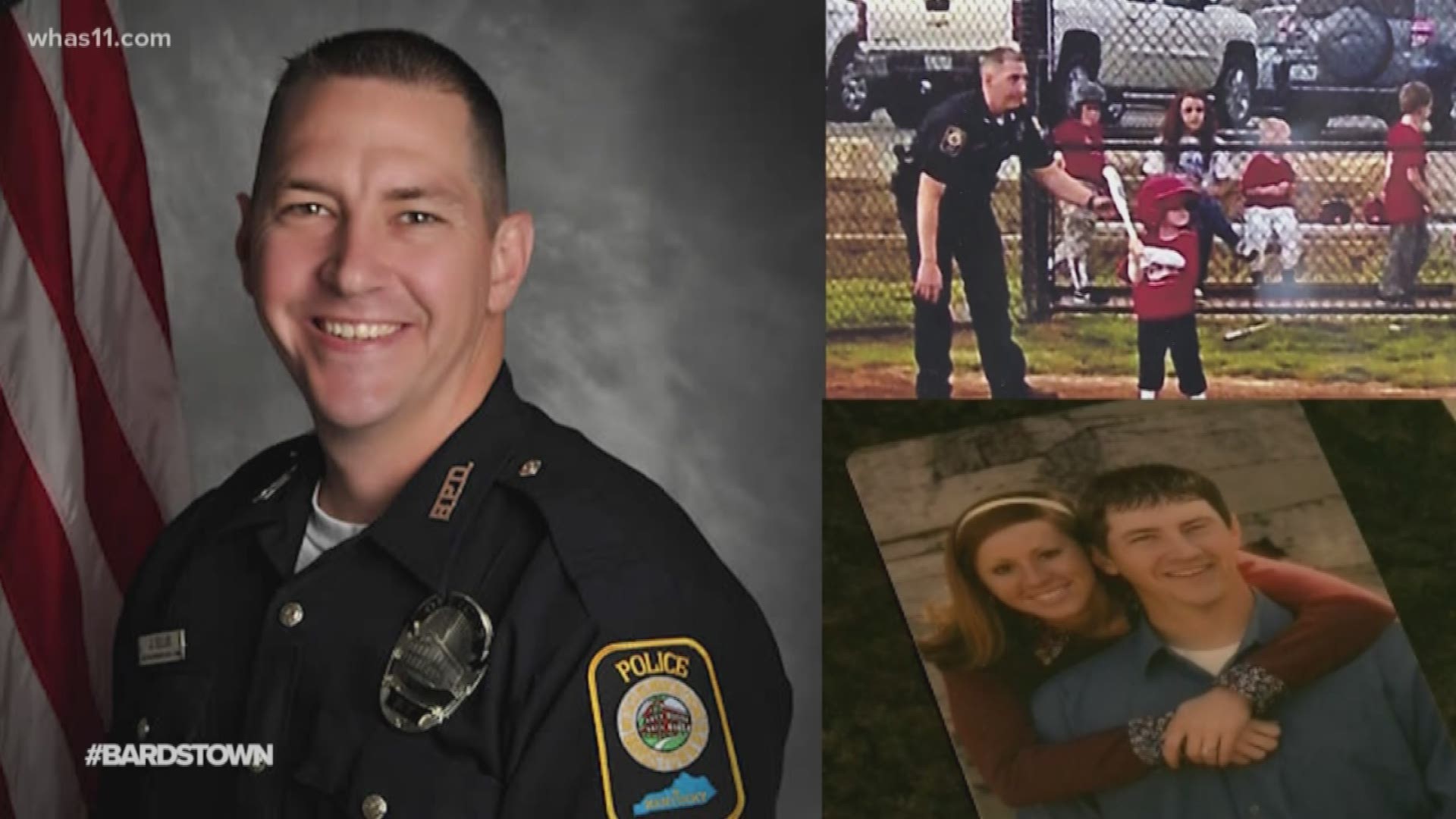 LOUISVILLE, Ky. — When police officers take the oath of honor, they promise to never betray their badge — upholding their communities and sacrificing their lives for the protection of others. Loved ones of Bardstown police officer Jason Ellis said he was loyal to his pledge until his last breath.

Ellis, murdered while on his way home late one night, is the first in a series of unsolved cases in the small city of Bardstown, Kentucky. While police have yet to solve Ellis' murder, the FBI added his case to its task force's website after taking lead on the Crystal Rogers investigation. This is his story.

The Man Beneath the Uniform

Though from Cincinnati, Jason Ellis found a home in Bardstown.

“He's a Bardstown boy. He fit right in...probably better than me, who's only 30 minutes up the road from Bardstown,” Ellis’ chief Rick McCubbin said. “He was at home.”

Ellis worked nights on the force with his K9 partner Figo, dedicated to taking drugs off the street. He was even awarded Officer of the Year in 2007, working hard to help his adopted home.

While a dedicated and active cop, McCubbin said Ellis was a family man before anything — always talking about Amy and their two sons.

“They were the center of his life,” McCubbin said.

Ellis’s life revolved around his family. In fact, he was at his youngest son’s baseball game when he was called in during a busy Memorial weekend in 2013.

“He got called away in the middle of the game and we didn’t get to say bye to him," Amy said.

Jason Ellis went through his normal routine. He called Amy to say goodnight, took a suspect to jail and left the Bardstown Police Department around 2 a.m.

Taking his nightly route home, Ellis drove down the desolate Bluegrass Parkway and winded around Exit 34 until something stopped him in his tracks: tree limbs blocking the road.

Police believe Ellis got out of his car to move the tree limbs when someone shot him in the stomach multiple times.

Rick McCubbin got the call from Nelson County Dispatch a little before 3 a.m.

“I remember asking dispatch, I said, ‘Well how bad is he?’ And he hesitated,” McCubbin said. “And when a cop asked you a question and you hesitate, you're either lying to me or you don't want to tell me something.”

McCubbin immediately took off towards the scene, but before he could even get to Exit 34, one of his officers called.

“My phone rang, and it is one of the officers on the scene…Officer Andrew Riley…Jason's probably closest friend,” McCubbin said. “And — he just said, ‘They've killed him. They've killed him.’ I said, ‘Who — who's they?’ And he said, ‘I don't know. He's…he's gone chief. He's gone.’”

When McCubbin asked what happened, no one had any answers. There were no dash or body cams. The road was quiet and dark.

Investigators eventually determined that Ellis was ambushed — his killer strategically placing debris on a path they knew he took to lure him out of his patrol car.

“They pulled out the branch so that he would be forced to stop his car and then enter just the right angle so they could get their shot off,” Richard Cauldwell, local blogger, said.

Police knocked on the Ellis family’s door later that night.

“You just can’t even wrap your mind around…it’s an indescribable feeling,” Amy said. “It just feels like it’s not real. And it’s the worst feeling — your worst nightmare coming true and it’s devastating.”

She had questions, but no one had answers. Though investigators believe they know how Ellis was killed, no one could ever find his killer — or killers. Amy and their sons eventually moved away, hoping to leave behind the devastating memories they were left with that night.

Less than a year after Ellis’s death, another Bardstown family was completely destroyed. Their cases are also unsolved, added to the FBI's task force website as well.

All cases were brought back to life after the FBI took over the investigation into Bardstown mother Crystal Rogers' disappearance.

The FBI has a $50,000 reward for information leading the arrested of those responsible for Jason Ellis' death. Anyone with information that could be useful to the case is asked to call 1-800-CALL-FBI, or report anonymously on the Crystal Rogers Task Force's site.

The Bardstown podcast, which details the cases of Ellis and Rogers, is available on Apple Podcasts or any other streaming service. Listen to it below: