While her boyfriend Brooks Houck was named a main suspect, he has never been charged in connection to Rogers's disappearance. 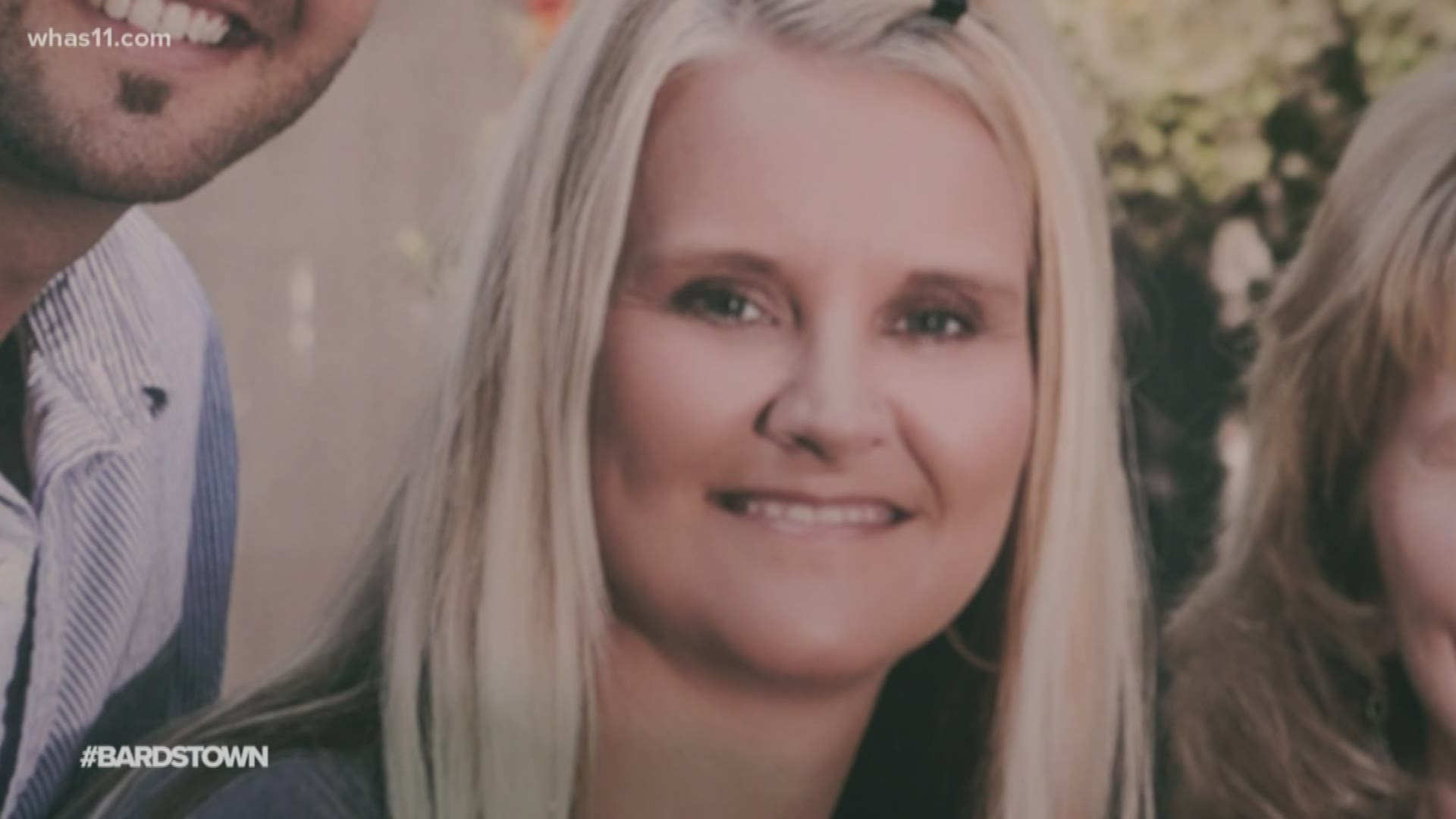 BARDSTOWN, Ky. — More than five years after her disappearance, it is hard to find a person in Bardstown—or nationwide for that matter—that has not heard Crystal Rogers’s story.

The mother of five did not come home during Fourth of July weekend in 2015. At first, everyone assumed her phone died or she would return later. Those hours that she was gone quickly turned into days, days turned into weeks and weeks turned into years.

Though still considered a missing persons case, police are working under the assumption Rogers is dead—searching for any answers that might bring closure to a family fractured by tragedy.

Crystal Rogers was her parents’ pride and joy. To this day, her mother Sherry Ballard speaks about her the way any proud mom would their child.

“Just a really sweet girl,” Ballard said. “She would do anything for anybody. She looked at everybody the same…I couldn’t ask for a better daughter than her.”

Rogers was her parents’ first born, and Ballard said they were very picky about who they thought should be around their daughter.

Rogers had four children before she met boyfriend Brooks Houck, a man Ballard said was a polite, “Yes ma’am and “No sir” type of person.

“He's clean cut, you know he has his own business. He builds homes,” Ballard said. “I think she felt that as an opportunity that him and her dad would get along really good and she was bettering herself.”

Rogers and Houck moved in together and had a son, Eli. The two were together with their toddler the last night Rogers was known to be alive.

“In the back of my mind just played it off like well, you know maybe her phone is dead or she didn't hear it,” Ballard said. “When it was Sunday and she still hasn't called—I started panicking and I got really upset."

Rogers’s family searched for her, her brother finding her car on the Bluegrass Parkway. Rogers’s keys, purse and phone were inside.

Ballard said Brooks Houck was not part of the search that night. When she asked what Rogers was doing the last time Houck saw her, he said they went to feed the cows, came back home and he went to bed while she was still up.

“Supposedly they went to the farm and they walked back in the field to feed the cows. My daughter's not going to walk back in the field in the pouring down rain especially with her baby. I just don't see her doing that,” Ballard said. “And then they left the farm and went back home, and Brooks went to bed and Crystal was still up on her phone and Eli was running around playing and supposedly she was not there when he got up. She was just gone."

Ballard said Houck did not offer to help the family in any way.

“He said in an interview somewhere or something that he didn't feel welcome, you know, and we told him we'll put aside our differences… and even if he wasn't comfortable searching with us if that was the mother to your child, someone you're supposed to love, wouldn't you get up your own search and go search to wherever you think she was at,” Ballard said.

Despite all of their work, the family and police were unable to find any sign on Rogers. Her father, Tommy, worked tirelessly, searching for answers. Finally, the family saw a small break in the case: Brooks Houck was named the main suspect in her disappearance.

"I'm kind of facing reality. I don't want to believe it. I feel like she's not here,” Tommy Ballard said in an interview after police announced Houck as a suspect. “It makes me feel a little better, but we still haven't found Crystal.”

“She has vanished from earth,” Mattingly said. “I think it’s safe to say that she's dead.”

Despite Houck being named a suspect, he was never charged. In fact, only one person has faced charges in connection to Rogers’s disappearance, and he has already served his time. Danny Singleton, Houck’s friend and employee was arrested for lying about his whereabouts the night she vanished.

Current Nelson County Sheriff Raymond Pineroa said at one time there were 17 to 20 agencies working on Rogers’s case, saying a lot of resources went to finding the missing mom.

“In my 13 years, I would say probably the most challenging [case],” Pineroa said.

He took office earlier in 2019, saying the case was important to him to find answers.

“I believe the family deserves that. We may not have a body, but at the end of the day closure for them, closure for this town and knowing the way we do things,” Pineroa said.

Pineroa said he believes he knows who did it—and maybe even how they did it—but an arrest and possible conviction without a body requires them to get all of their “ducks in a row.”

Pineroa said he did not want to discuss specific details as he said it is best for the investigation to stay tight-lipped, but said despite the criticism, he believes they have great people working on the case day in and day out.

“It's frustrating, but at the end of the day, I have a bunch of great guys that come into work on a day to day basis,” Pineroa said. “So, the rewarding part is that they never gave up. They never quit and they come out and do their job every day.”

There were no new developments in the case until 202, when FBI Louisville announced it would be the lead investigative agency on the case, working with several state and federal partners.

Law enforcement agents began executing search warrants at the homes of Brooks and Nick Houck, Rogers' storage unit and the Houck family farm in August. They said they would also conduct more than 50 interviews in the area.

In a one-on-one with WHAS11, Assistant Special Agent in Charge Brian Jones said the agency has collected a lot of evidence in the investigation.

While the FBI announced their role only weeks after the discovery of human remains in Nelson County, Jones said the timing was pure coincidence.

The remains have yet to be identified, though the FBI did release the remains likely belong to a female estimated between 24 and 82 years old, with height between 62.6 and 70.9 inches. Rogers is the only person missing from Nelson County, though there are other missing persons in the area.

Still, family and friends said they feel hopeful that they will finally get answers more than five years later.