How soon do you have to mail for your ballot to arrive on time? 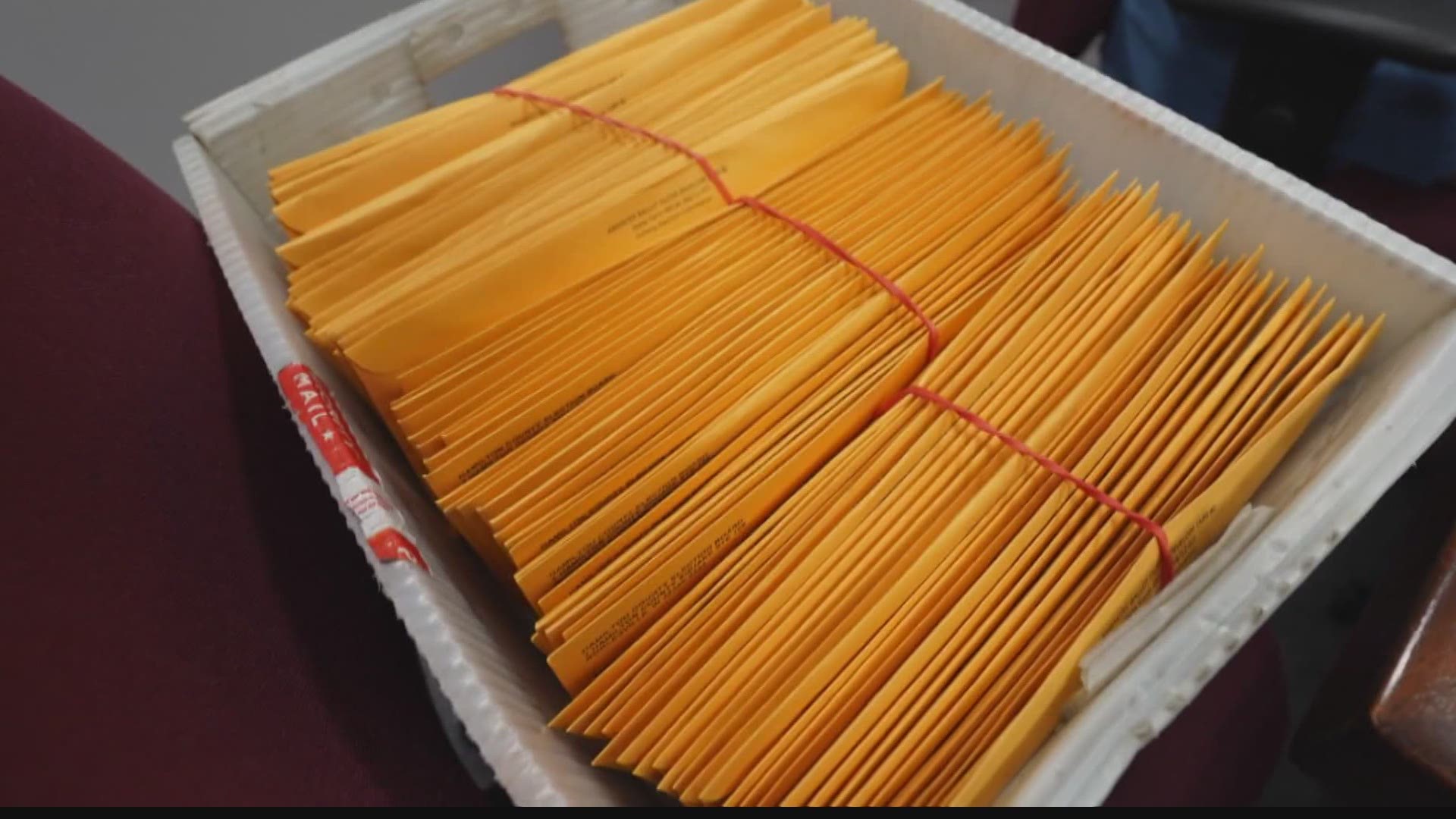 INDIANAPOLIS — More absentee ballots than ever before are expected to be cast in the upcoming General Election. That puts either a bullseye or a spotlight on the U.S. Postal Service. It depends who you talk to.

Outside the Bacon Station post office, the blue box was so full, customers had trouble shoving their mail inside. But Don Hoaglin said he wouldn’t hesitate trusting the postal service with his absentee ballot.

“Been dealing with it in my business for 50 years,” Hoaglin said. “Things aren’t lost in the mail like they say they are."

Credit: Rich VanWyk
A customer attempts to shove a piece of mail into a full USPS box.

Tom Chastang said packages he needed took two weeks to get from Louisville to Indianapolis. Would he put a ballot in the mail?

“If I waited a week before, I wouldn’t count on it,” said Chastang.“ If I mailed it two weeks to a month before, I think I would, yeah.”

George Matthews said doesn’t trust the mail at all.

So can the post office deliver the ballots in time? How much time should it take to get you ballot mailed in?

13 Investigates decided to test the postal service to get answers to those questions.

For millions of Americans, the humble mailbox is the new voting booth. With applications and absentee ballots already in the mail, 13 Investigates decided it was time to give the postal service a test.

We prepared 18 envelopes, two for each of Marion County’s nine townships. We put information inside indicating where the envelopes will be mailed from and how long they took to arrive.

We used odd-sized envelopes like the ones used to mail absentee ballots.  A postal worker checked the weight and postage. Each cost 55 cents to mail.

It took the better part of a day to get our envelopes in the mail. We visited nine different post offices, one in each township. We put them in big blue collection boxes on city streets. We put them in residential mailboxes to be picked up by letter carriers.

The postal service is under fire for pulling out mailboxes, removing high speed mail-sorting machines and making other changes. How have the changes affected mail delivery in Indianapolis? How much mail moves through the city in a day? How quickly should it reach its destination?  The postal service would not answer even one of our questions.

“Within town, it should be overnight,” said Paul Toms, president of the National Association of Letter Carriers. ”With all the mail processing problems they are having right now, I could see it taking three days.

Toms said they are more than 50 letter carriers short of what they should currently have.

“At least,” he said. “So that means carriers are working until 8 to 9 at night.

As for the current feeling among postal workers, Toms said, “I know my job, let me do it.”

The results of our test

All 18 of the envelopes we mailed were delivered to the same address within three days.

Looking at all the pieces of mail, where they were mailed and when they arrived, it appeared there was no difference between mail left at the post office or put in a mailbox.

By all accounts, the postal service will be deluged with absentee ballots. Toms said upper management recently sent out the word on what to do in the coming weeks.

“That priority, extreme priority, will be given to all political mail, whether it is mailings of campaign mail and, most certainly, ballots,” he said.

If you are voting by mail, mail early. Don’t test the postal service. Get your vote mailed in plenty of time to be counted. In Indiana, currently it has to be to the clerk's office by noon on Election Day in order to be counted.