The Greensboro man became trapped when torrential downpours turned into flooding, which quickly rose up to his car's steering wheel. 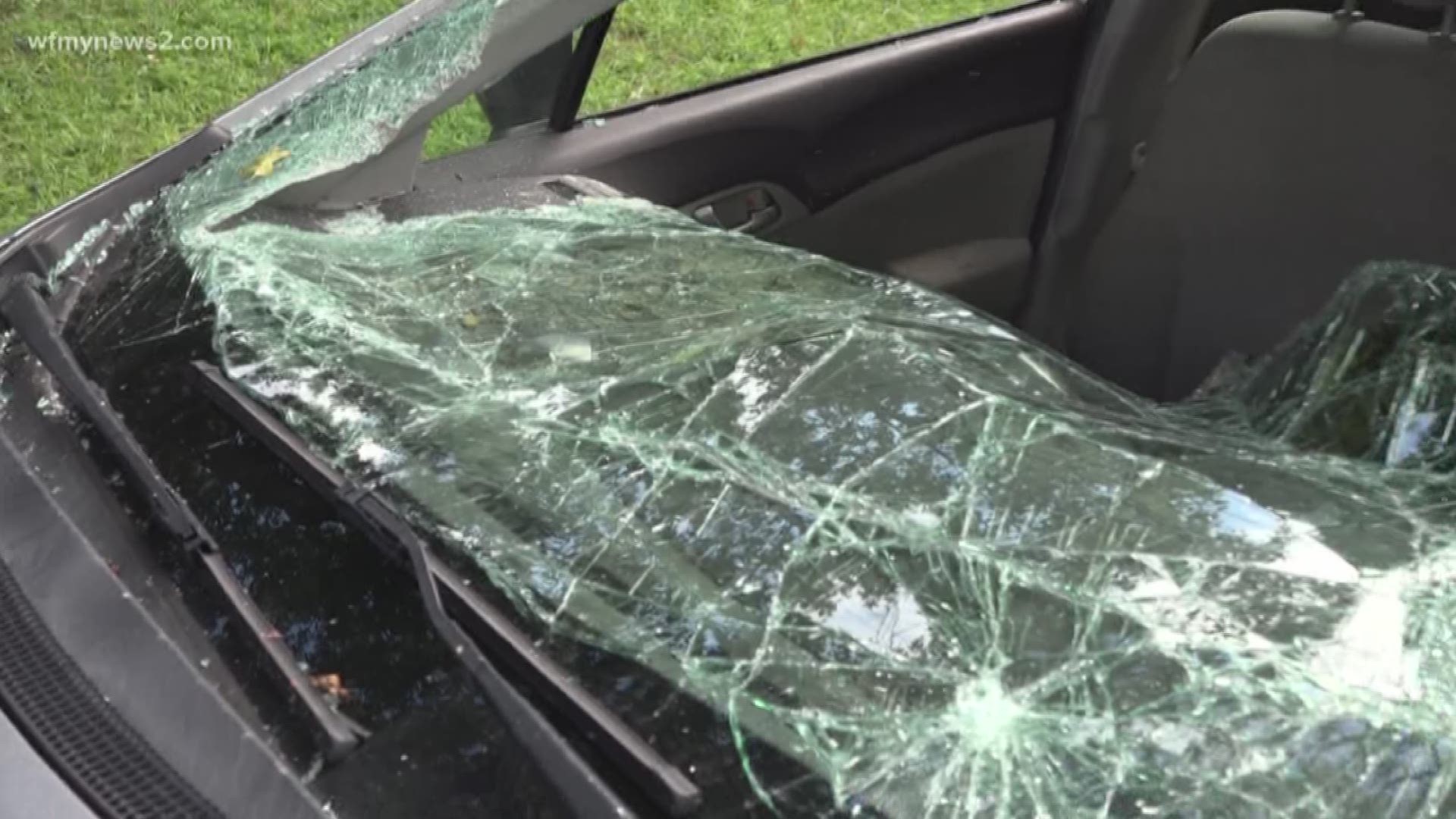 "We came to a stop. And I saw the water on the road, but it wasn't bad, just regular rain level. And then out of nowhere it just came up real fast," said Baker.

Baker called his mother, Anne Lombardi, and 911 at about 8 p.m. to get help as he remained stuck in his car at the intersection of Benjamin Pkwy and North Josephine Boyd St.

"I had trouble getting out of my passenger window. I was trying to get my windshield, and I just couldn't bust it open," said Baker.

Lombardi missed her son's first call, but quickly checked her phone to find a frantic voicemail from her son.

The Greensboro mother called her son back right away.

“He said that he had gotten stuck in a flash flood, and the water was coming up into the car," said Lombardi.

Guilford Metro 911 received 40 flooding calls and 32 water rescue calls during Wednesday's severe weather, according to a records request from WFMY News 2. A total of 42 rescues and emergency evacuations took place, according to statistics from the Greensboro City Manager's Office.

Water Rescues, Road Closures, and a Whole Lotta Rain all at Once!

While Baker was waiting for the water rescue team to arrive, he said a Good Samaritan spotted him.

Baker was able to partially push out his car windshield in an attempt to escape.

But Jerry, who Baker believes lives nearby, returned with an ax and smashed open his front car windshield, and Baker was able to escape to safety.

"I see him start wading through the water, and he's got an ax with him, and he comes up, gets real close to the car and is like, 'hey I'm going to help you, I'm going to take out your windshield, so just cover your eyes, I'm going to start smashing it.' "

The pair push the smashed windshield out, and Baker is able to climb out to safety.

"All I caught was 'Jerry,' I couldn't hear the rest of his name," said Baker. "It was pretty quick on the way, just 'alright, thanks.' We shook hands, and then he went up the road."

Baker's mother said she is extremely thankful to the man who rescued her son.

“That was amazing, that he first of all saw him, from a flashlight, and then came back and was able to get through the water, and the strength to do all that was absolutely amazing, I was very grateful," said Lombardi.

Baker's mother said she would send this message to the Good Samaritan: "Thank you very much, you saved my son’s life.”

'Two Months Worth of Rain' -- in Just 5 Hours in Greensboro

1 / 7
WFMY
Justin Baker became trapped in Greensboro floodwaters Wednesday night. He says a Good Samaritan came to his rescue by breaking through the car's windshield with an ax.

Greensboro Cleans Up After Flooding, And Braces For More Rain On The Way

Is There Anything That Can Be Done To Help Greensboro's Flooding Problem?

Snapping Turtle Braves the Downpour, Gets a Hand Crossing the Road 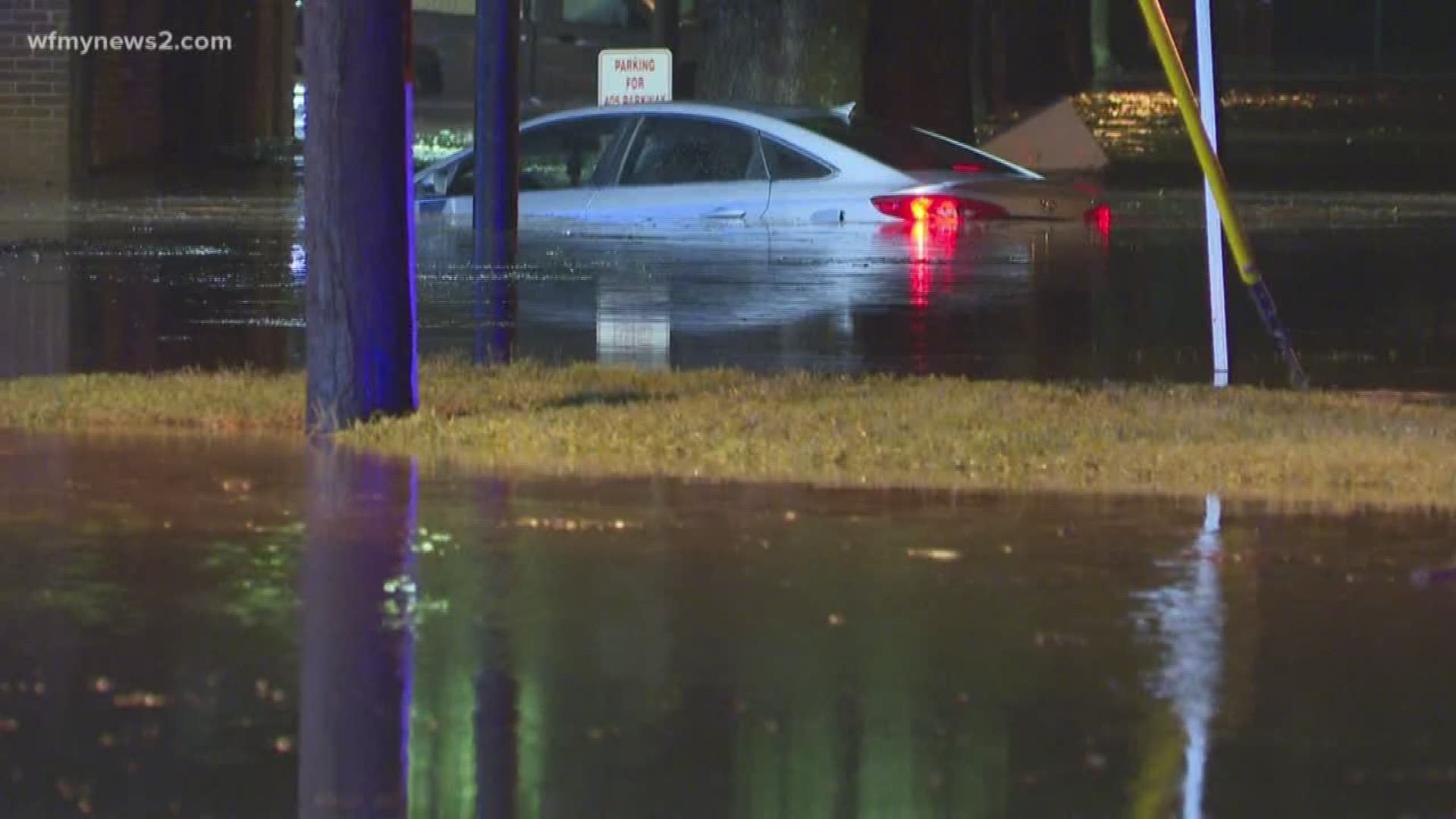 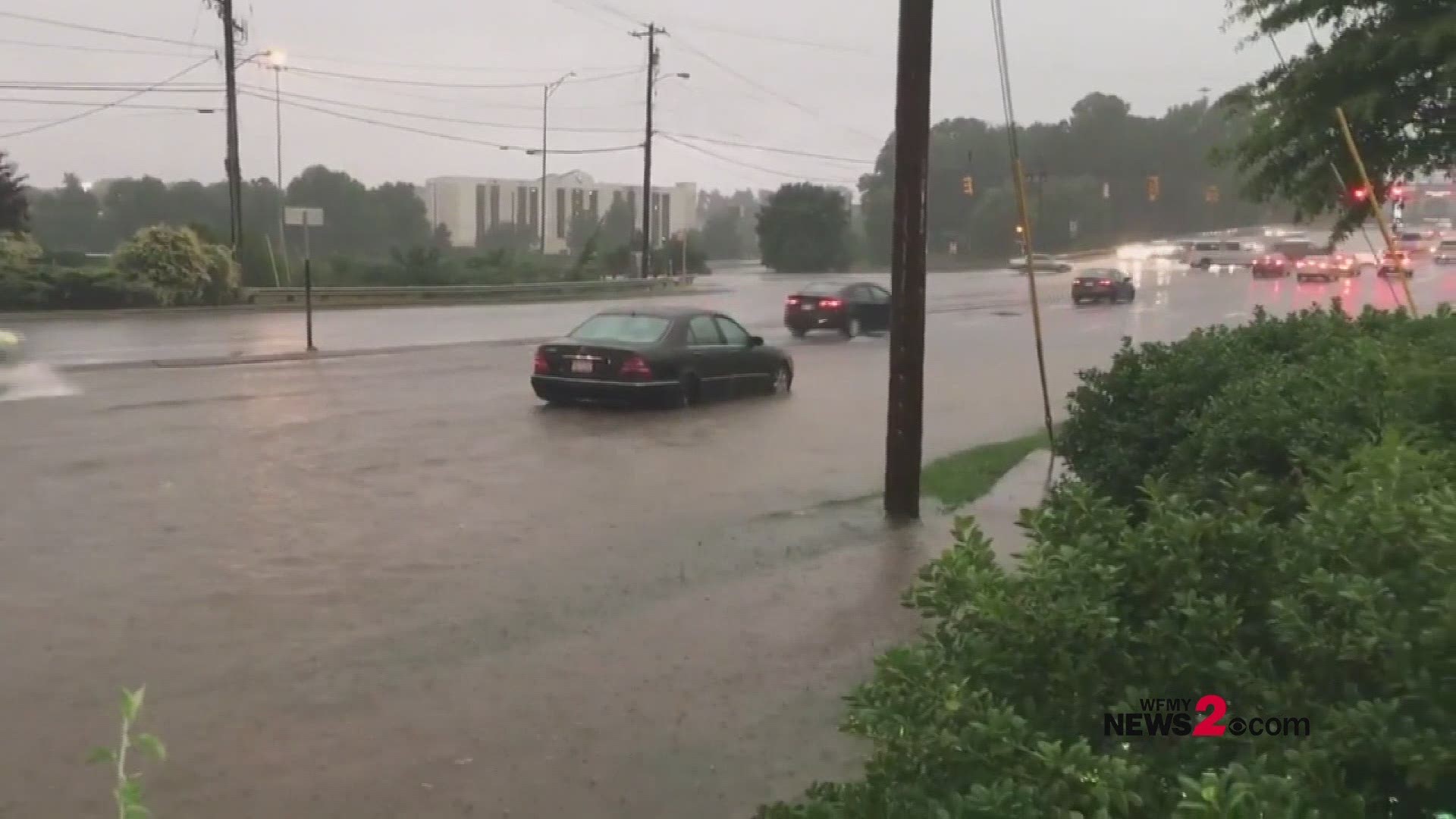