How the Kentucky Republican caucus will work

How the Kentucky Republican caucus will work: 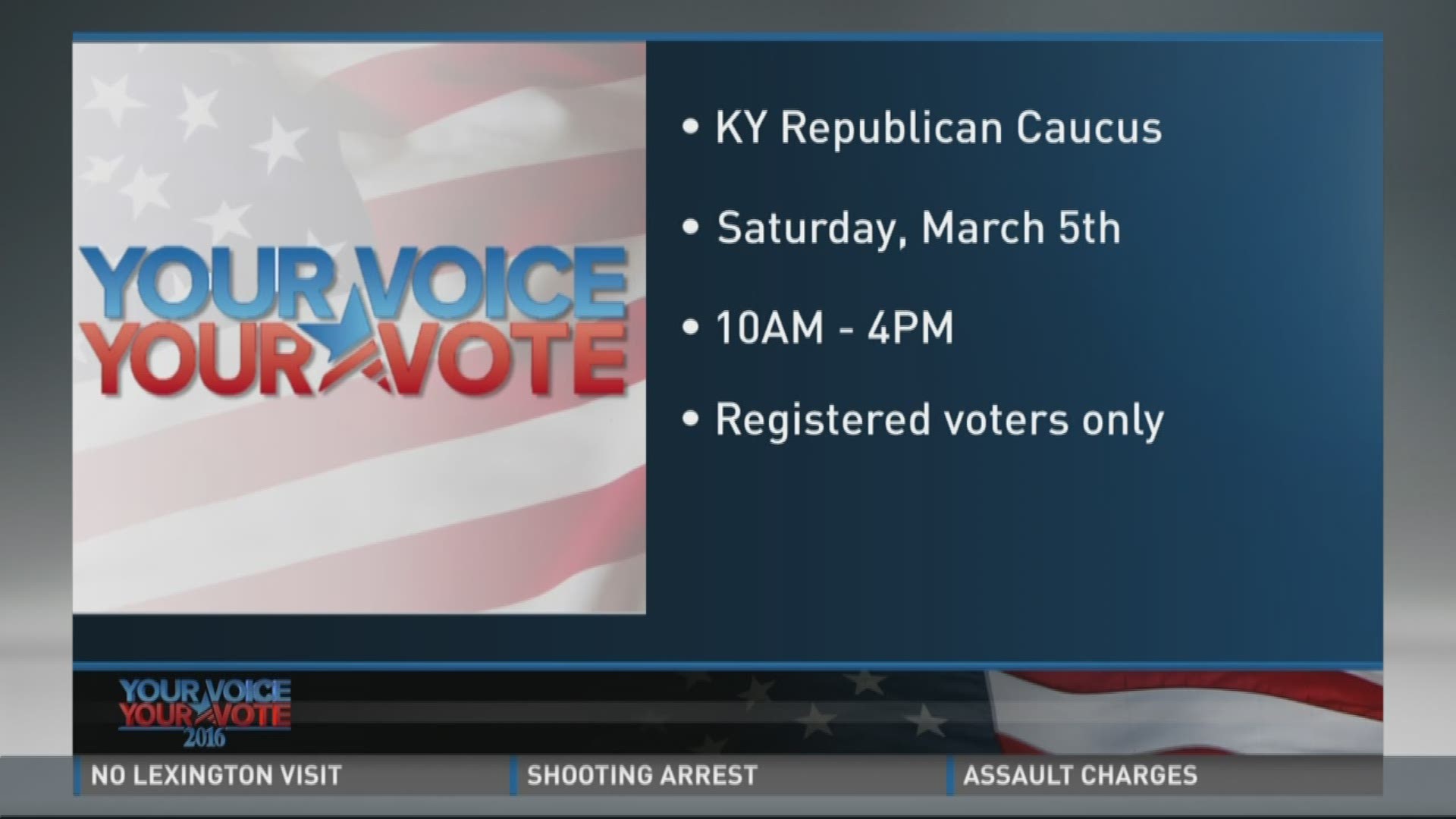 How the Kentucky Republican caucus will work:

VOTING PLACES: Most counties have a single caucus location, while some of the state's most populous counties have multiple locations. Eligible voters can find their assigned location on the state party website at rpk.org/caucus/where/

ELIGIBILITY: Kentucky voters must have been registered as Republicans by Dec. 31, 2015, to be eligible to vote in the caucus.

CANDIDATES: All 11 presidential candidates who filed to participate in the caucus will remain on the ballot. However, signs will be posted at caucus locations to inform voters about which candidates have dropped out of the race.

CANDIDATE SURROGATES: Candidates are allowed to recruit volunteers to serve as their representatives at caucus sites. Those representatives can hand out campaign literature and answer voters' questions.

PARTICIPATION: 111 out of 120 county parties chose to hold a caucus at a location in their county. If you are registered to vote in one of the nine remaining counties without a caucus location in your county, then you will be part of a regional caucus in a nearby county. You will be able to vote at that caucus location on March 5.

VOTING: Voting will be done by secret ballot. Once caucus goers move into the balloting area, they will present ID to a trained caucus official, who will look up their name on the voter roster. Voters will sign in, as they do during a typical election, and will be handed a ballot. After marking their selection, they insert their ballot into a ballot box.

MAY PRIMARY: The March 5th caucus replaces the usual Republican presidential primary in May, so the caucus is the only opportunity for Kentucky Republicans to vote in the race for the GOP presidential nomination. However, primary elections for local, state and congressional races will still occur in May.