Memorial Day comes from a tradition following the Civil War called Decoration Day, where veterans would decorate the graves of fallen soldiers. 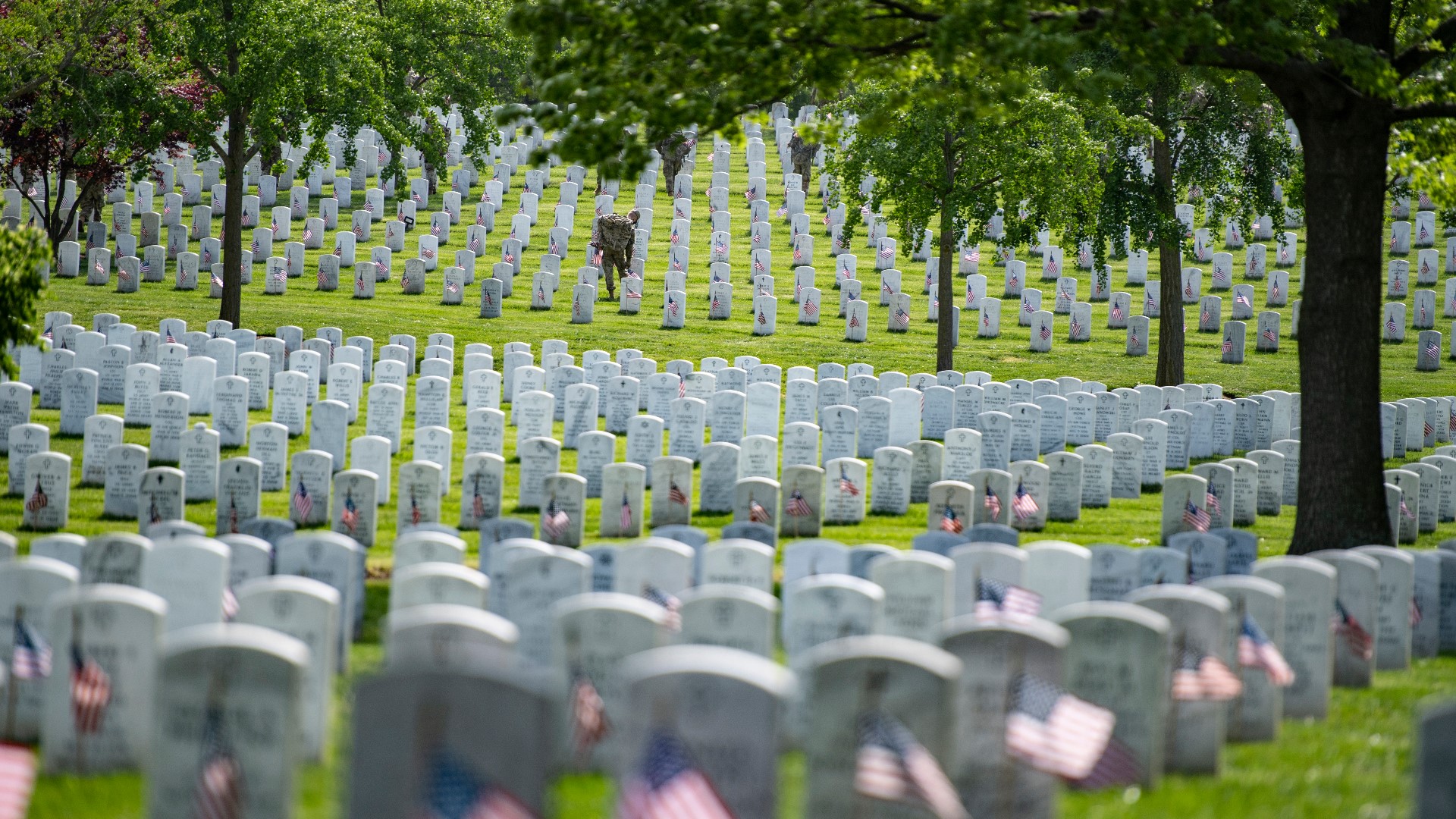 Each year, Americans are called to pause to remember the men and women who made the ultimate sacrifice in service to their country in wars both at home and abroad.

Over the years, some less-somber traditions have developed, such as Memorial Day Weekend being labeled as the 'unofficial start of summer' and big events being held during Memorial Day Weekend like the Indianapolis 500. However, Memorial Day itself continues to be among the most important national observances in big cities and small towns across the country.

In the years directly following the Civil War, Americans across the country were still mourning the deaths of the more than 600,000 men who died during four long years of war. In small towns across the country, both North and South, veterans would decorate their comrades' graves with flowers.

On May 5, 1868, three years after the end of the Civil War, John Logan, a veteran of the war and head of the Union veterans organization the Grand Army of the Republic, established Decoration Day to be recognized on May 30, according to the U.S. Department of Veterans Affairs.

On that date, people on both sides of the war would be encouraged to place flowers on the graves of their relatives, friends or comrades who fell during the war. The reason he picked May 30 is that flowers would be in full bloom during that time, the VA says.

On May 30, 1868, the first official National Decoration Day ceremony was held at Arlington National Cemetery, where the Grand Army of the Republic placed flowers on the graves of both Union and Confederate soldiers buried there. General Ulysses S. Grant presided over the ceremony, the VA says.

2. Decoration Day only recognized fallen soldiers of the Civil War until World War I

While America's participation in World War I sometimes takes a backseat to the Revolutionary War, Civil War, World War II and the Vietnam War, it nevertheless helped establish many American traditions, including giving us Veterans Day on November 11 (originally called Armistice Day) and the Tomb of the Unknown Soldier.

World War I also changed how Decoration Day, later to be known as Memorial Day, was celebrated in the U.S. The war was America's major first conflict since the Civil War, and the first major war fought exclusively on foreign soil. In all, more than 116,000 Americans died fighting in World War I, according to PBS.

The tradition of Decoration Day soon evolved from remembering just the fallen of the Civil War to remembering all soldiers who died during the country's wars at home and abroad, according to History.com.

It was also in the years after World War I that the tradition of wearing a red poppy and the reading of the poem In Flanders Field developed, according to History.com.

3. Memorial Day was not an official holiday until 1968

By the 1960s, the term Decoration Day had given way to Memorial Day. While there were several Memorial Day events and ceremonies across the country, it was still not recognized as a federal holiday. That changed with the passing of the Uniform Monday Holiday Act.

The act established several American holidays to fall on certain Mondays throughout the year, including Washington's Birthday (unofficially called President's Day) in February, Memorial Day in May, Labor Day in September, Columbus Day in October and Veterans Day in November, though the latter was later moved back to its original date of Nov. 11.

In the 1980s, Martin Luther King Jr. Day would be added to the list of holidays that fall on a certain Monday.

The reason for the act, according to Time, was to help boost the economy through travel. The three-day weekends with a paid holiday would encourage families to go on short vacations and spend money. Eventually, the three-day weekend, along with traditions such as picnics and parade, helped give rise to the idea Memorial Day Weekend was the unofficial start of the summer season.

4. Memorial Day is one of the few days flags are ordered to fly at half-staff then full-staff

While Memorial Day has spawned many different traditions within communities, it also spawned several traditions by how the government observes the day as well.

Memorial Day has its own unique flag etiquette. At sunrise, anyone flying a flag should raise the flag briskly to full-staff then slowly lower the flag to half-staff, according to Gettysburg Flag. This is to honor the men and women who have fallen in the line of duty. At noon, the flag should be briskly raised to full-staff. This is to salute all of those who have served.

Another revered tradition of Memorial Day is the President of the United States placing a wreath at the Tomb of the Unknown Soldier. For decades, presidents visited the hallowed site as a way to pay tribute to all of those who died fighting for their country. In addition to laying a wreath, the president, or a dignitary in his place, will deliver an address for the nearby amphitheater.

Another tradition is the national moment of silence. At 3 p.m. local time on Memorial Day, Americans are asked to pause for one minute to pay tribute to America's fallen soldiers. This became official after the passage of the The National Moment of Remembrance Act in 2000.

5. Civil War veterans tried to change the date of the Indianapolis 500 to keep it away from Decoration Day

In 1911, organizers announced the inaugural Indianapolis 500 would be held on May 30, the same date set by the Grand Army of the Republic (GAR) as Decoration Day in 1868, according to Nicholas W. Saco. The GAR took issue not with the race, but the fact people would be drinking and gambling on the day set aside to honor the Civil War dead. They began a statewide campaign to have the date of the race changed, though their efforts were unsuccessful.

In 1923, a GAR-supported bill by Indiana State Senator Robert Moorhead sought to ban the race from running on May 30, Saco wrote. Despite passing in both the Indiana House and the Senate, Gov. Warren McCray vetoed the bill, allowing Memorial Day and the Indianapolis 500 to forever be connected.

Eventually, what is now called the Coca Cola 600 in NASCAR joined the Indianapolis 500 as two of the premier sporting events during Memorial Day Weekend. It is considered one of the biggest days in racing in America.