Charlene Hampton Holloway was arrested for marching in Louisville when she was just 13 years old. Years later, she marched with Dr. King. 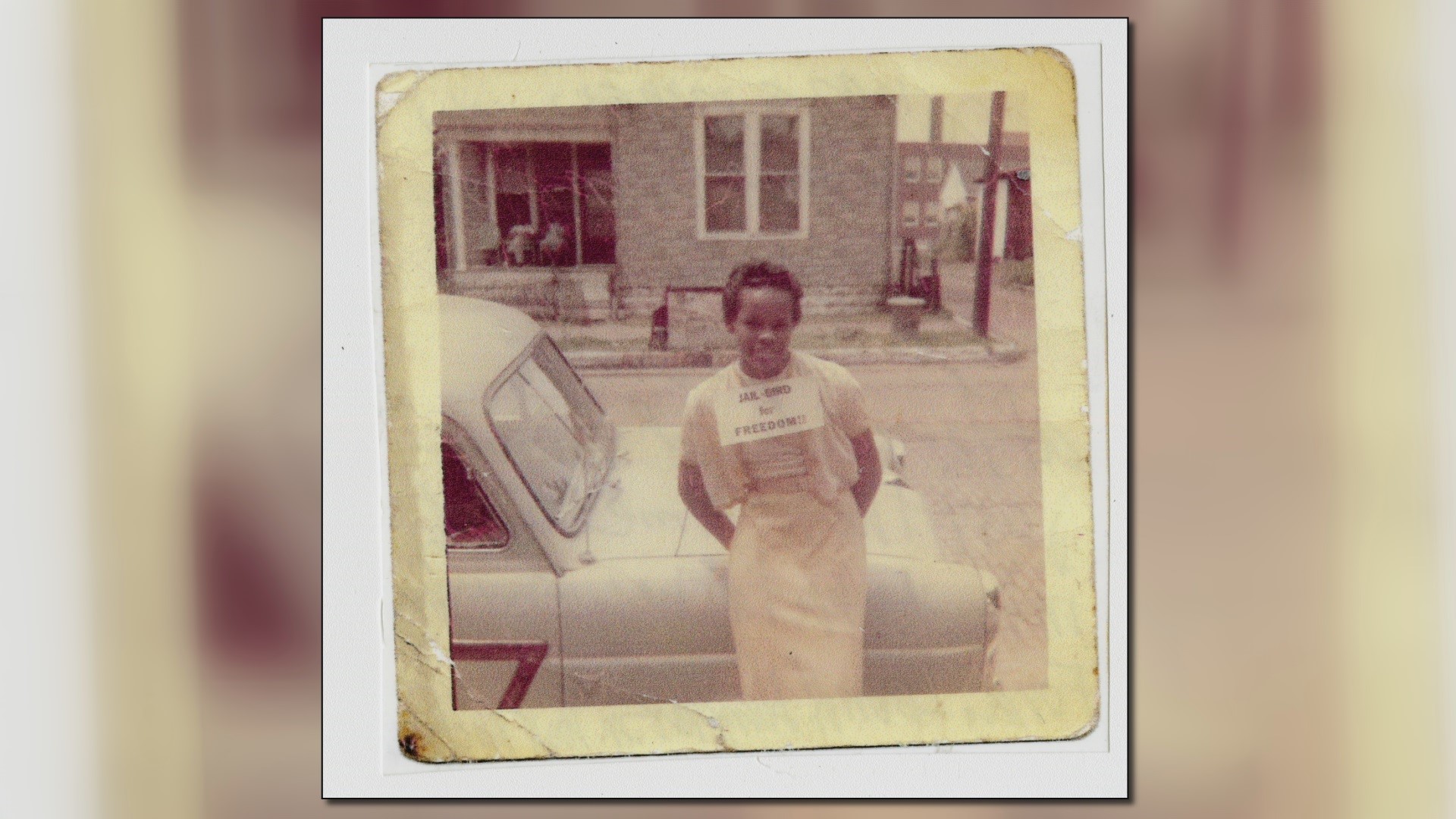 LOUISVILLE, Ky. — Each month we partner with the Filson Historical Society to bring you stories of what was happening This Month in History.

This April, we’re bringing you the story of Charlene Hampton Holloway.

As a teenager, Holloway took a trip to her Atlanta with her grandmother that sparked her interest in the Civil Rights Marches. They saw Dr. Martin Luther King Jr. leading a group of marchers in front of a department store.

“I asked my parents, I called home, I said if he ever comes to Louisville, may I march? May I be involved?” Holloway said. “And they said, well you know you're just 13.”

Holloway did get involved. She joined the NAACP and the Congress of Racial Equality (CORE).

The group met at the Quinn Chapel AME Church before they headed out into downtown Louisville.

“We had our peace pledge of nonviolence,” Holloway said. “We stated that every day before we started marching.”

Holloway convinced her brother, who was in high school at the time, to join her in marching too.

They would perform sit-ins in front of Blue Boar Cafeterias.

In April of 1961, both Holloway and her brother were arrested. Holloway was 13, her brother was 16. She remembers the exact locations downtown where it happened.

“When I passed by there [5th St. and Chestnut St.] I always think about that, where my late brother was arrested,” Holloway said.

Taking part in the Civil Rights movement meant a lot to Holloway because she could trace her lineage back to slavery. Pretty soon, the man who sparked her interest in the movement, came to Kentucky.

“I was still marching when I was 16,” Holloway said. “In Frankfort, Dr. King, they made the announcement that they were bringing my WWII daddy’s favorite baseball player, Jackie Robinson.”

But if her parents went to march and were arrested, Holloway knew they could lose their jobs. So – she marched for them on March 5, 1964.

Holloway said her grandfather was very proud that his grandchildren were part of the movement. Every Sunday after church he would take them to eat at the Blue Boar cafeterias where they once had sit ins after the city passed an ordinance granting equal access to public accommodations in 1963.