The NeuroPace device has been used on 14 people locally thanks to Norton. The device is helping reduce seizure frequency by 30 to 50%. 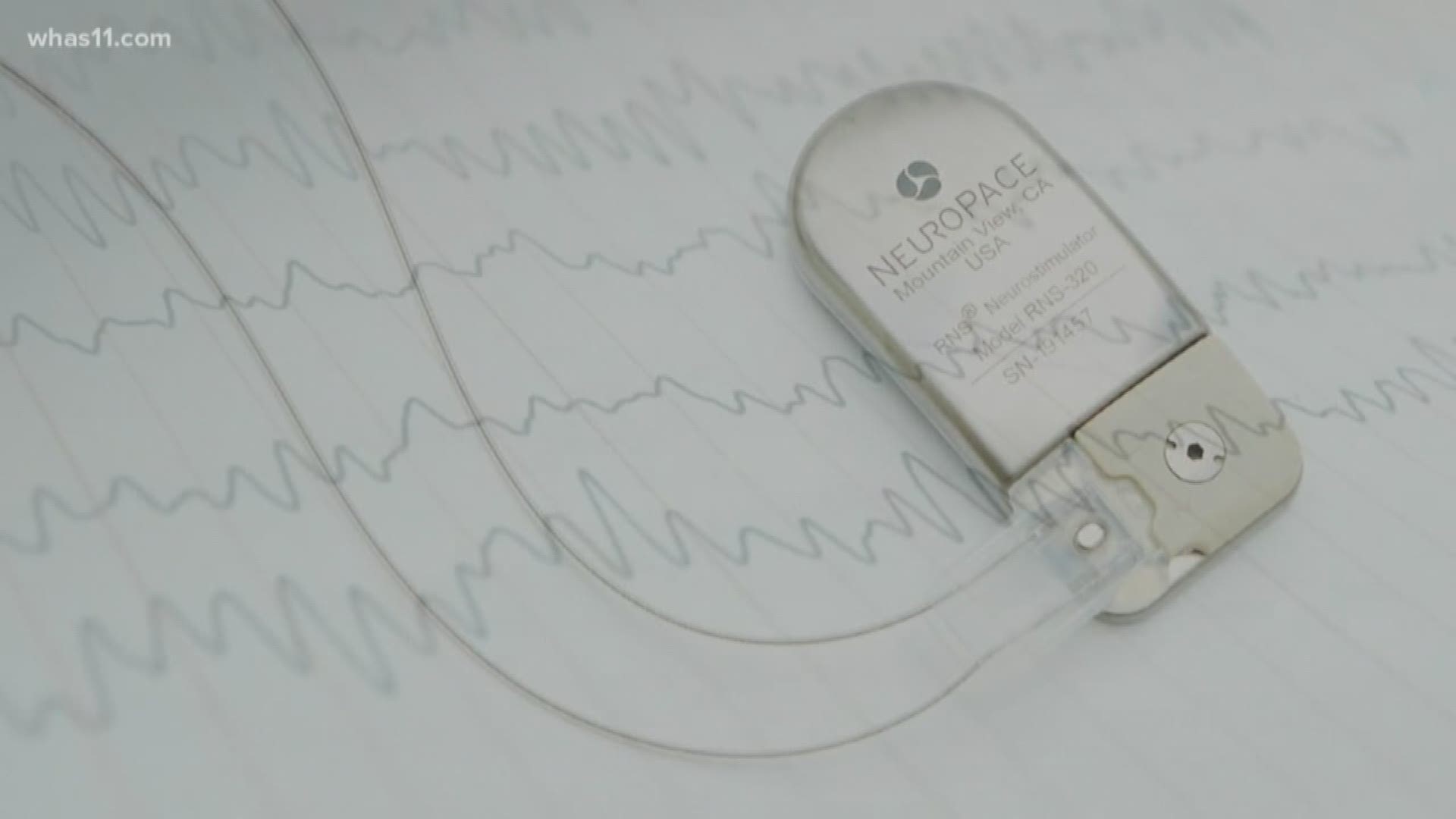 LOUISVILLE, Ky. — More than three million people struggle with epilepsy every day in America. That amounts to more than 119,000 across Kentuckiana.

The brain disorder, known to cause seizures, made news recently after a young Disney star died in his sleep. For some, medicine works to prevent these seizures. For others who don't respond, there isn't much relief, but that's changing.

"Ninety-nine percent of the time, I had no memory of the seizure," Tina Sizemore, a Louisville resident said. Sizemore says the seizures began her senior year of high school and haven't stopped since.

"Most of my seizures are what they call 'absent seizures,' where I space out. It looks like I'm daydreaming and it's only for a few seconds," she said.

While seizures look different for each person, they can be equally damaging to the brain, especially for those who experience them on a regular basis.

"I was having probably two a week, which was quite a bit for a month," she said.

So how do you stop them?

"Up until now, you had medications, anti-seizure medications. They will help out the majority of people, but there's a small percentage of people they don't help out," Dr. William Dotson, the epilepsy director with Norton NeuroScience Institute said.

He says a new device, similar to a pacemaker, is making waves in this field, cutting down the number of seizures and their side effects. It's called the NeuroPace.

"We're getting very positive results. On average, we're seeing a 30 to 50 percent reduction in seizure frequency. We're also seeing a reduction in severity of the seizures as well. Some of our patients have had no seizures since they've had the device," Dotson said.

The device is placed right under your scalp, programmed by a doctor to stimulate the brain when needed. It's designed to prevent seizures at their source, often before symptoms start.

"It's constantly reading your brainwaves. When it sees that seizure about to start, it applies a low voltage stimulus the patient doesn't feel and it puts out that fire, puts out that seizure before it spreads to other parts of the brain," Dotson said.

Sizemore received her implant a year ago. Each night, she downloads her brain activity onto a laptop, giving her doctors full access to her progress: from two seizures a week now to just two a month.

It's a joy felt by everyone involved.

"They come to us and we change their lives. We take away their seizures. That's what gives me joy," Dr. Dotson said. "We want them to be able to work if they can, to have a regular life, to do the things they did before epilepsy."

For Sizemore, there's still one thing she longs to do. She hasn't driven a car since the 80's.

"It's been so many years. It would be freedom again," she said.

The NeuroPace has only been used on 14 patients here locally in the last year. You can find more information on the implant here.