His first diagnosis came in 2015: cancer in the left lung. Four months of chemo seemed to do the trick. Four years later, things took a dramatic turn. 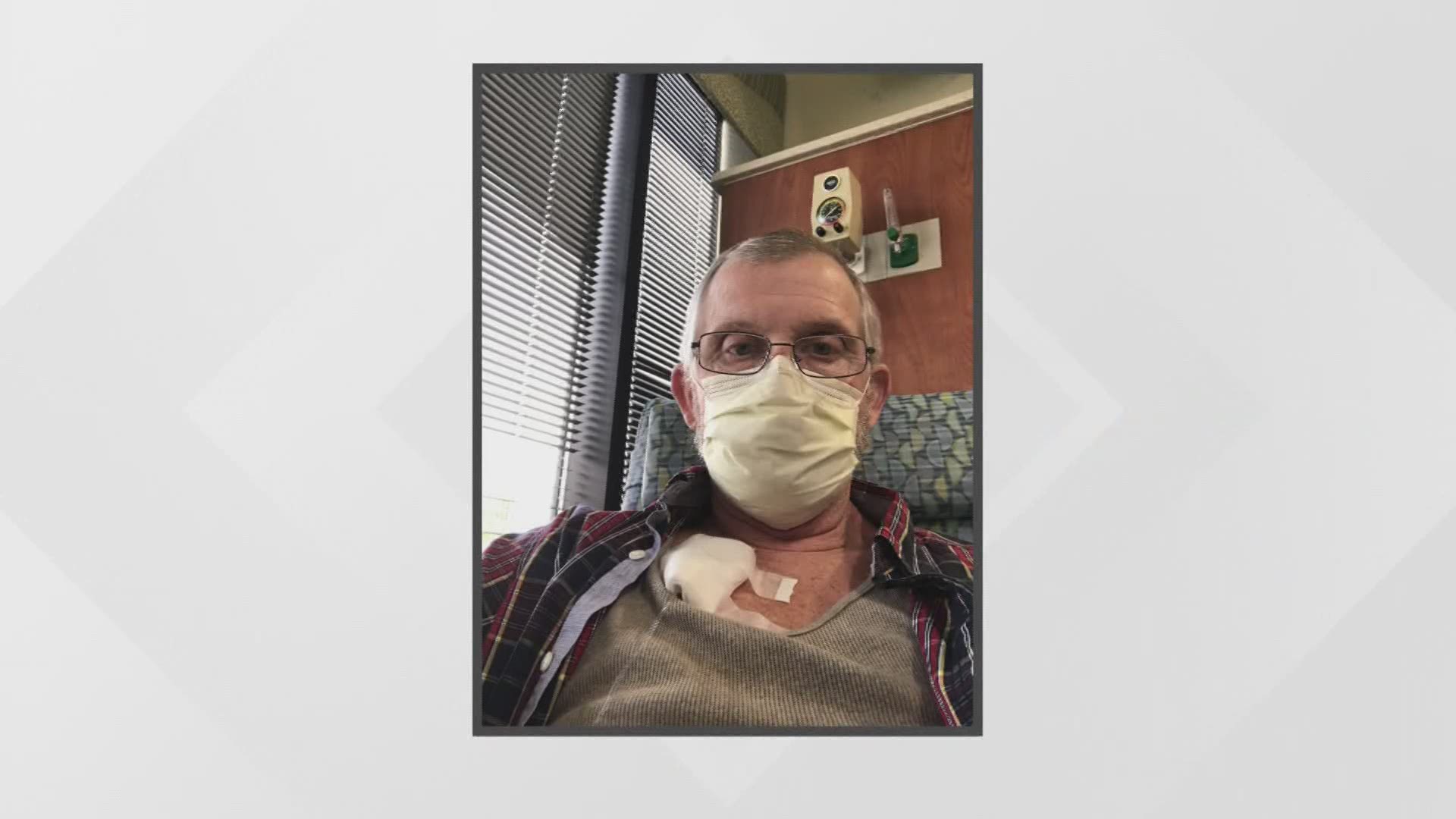 What began as a clinical trial for lung cancer patients in Louisville is now helping countless others across the country.

Melvin 'Tony' Babbs, from Clarksville, was one of the first patients enrolled in the trial at the Brown Cancer Center and today, he's living proof, the treatment's working.

Babbs is a sheet metal worker, husband, and grandfather and in the fight of his life.

His first diagnosis came in 2015: cancer in the left lung. Four months of chemo seemed to do the trick. He spent the next 4 years in remission. Then, in October of last year, he learned it had come back and spread to his brain.

They tried radiation at which point, Tony couldn't walk or write his name.

"I couldn't balance. I had double vision," he said.

That's when doctors at UofL's Brown Cancer Center offered him a clinical trial using a combination of two immunotherapy drugs that, at the time, were not approved by the FDA to treat lung cancer.

"I let them know I aint giving up," Babbs said.

Four months later, the 20 lesions on his brain were shrinking and he was back on his feet again.

"As long as his cancer stays that way, we'll take it," Dr. Rebecca Redman, UofL's deputy director of clinical research at the Brown Cancer Center said.

It's progress and a sign of hope for countless others. The trial Babbs received is now an approved treatment for lung cancer patients.

"What's different and unique about immunotherapy and what ultimately led to its approval... it's not that it necessarily helped more people than chemotherapy, but for those who's cancer did respond, it lasted, much, much longer and allowed them to live a better quality of life," Dr. Redman said.

"The Brown Cancer Center as far as I'm concerned has extended my life," Babbs said.

Instead of just months to live, he's hoping for years with his family, looking ahead to his grandsons' high school and college graduations.

RELATED: This DeSoto couple battled COVID-19, cancer and chemo and survived them all

RELATED: Justice Ruth Bader Ginsburg says cancer has returned, but has no plans to retire