'I kept asking, they said I was too young' | The risks of colon cancer

John Wagner was 38 when he was diagnosed with late stage colon cancer, a story that resembles the late Chadwick Boseman. 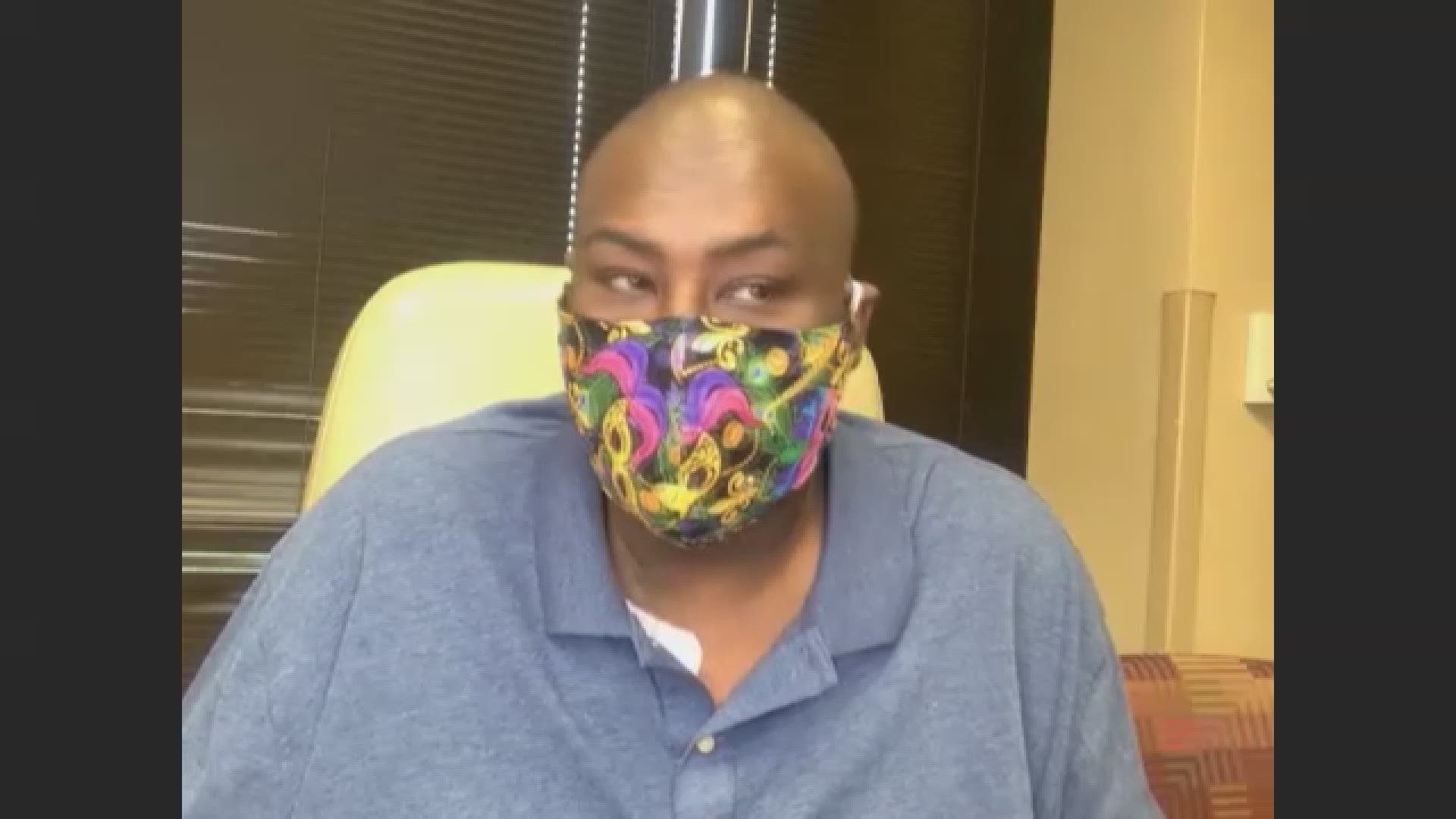 LOUISVILLE, Ky. — The sudden death of actor Chadwick Boseman has everyone talking about colon cancer that ended his life at 43.

It's a reminder of the cancer risk that's rising among younger generations, even more so for Black men in this country.

This week, the American Cancer Society said it saw an 8,000% increase in traffic to its colorectal cancer symptoms page since Boseman's passing. It's a combination of colon and rectal cancers (CRC), often grouped together because they have many features in common.

"When I first figured out I had colon cancer, I was 38 years old," John Wagner said.

Wagner wasn't scheduled for a colonoscopy for another 6 years. He had no family history and considered himself a healthy guy, when he started feeling weak, having severe constipation and blood in his stool.

"He didn't smoke, or drink or do anything, and here you get this diagnosis, and you're like, wait. 'How did I get here?'" his fiancé, Sharise Durrett said.

Multiple doctors sent him home without screening for cancer. At least one brushed it off as diverticulitis.

"I kept asking. They said, I was too young," said Wagner. "If it wasn't for that ER nurse, no telling what might have happened."

Durrett encouraged him to go to the ER where he received a colonoscopy. That's when they found the cancer. It had already spread to his liver.

Wagner's case is one of 145,000 new colorectal cases diagnosed in the U.S. every year. While the majority are in adults older than 50, it's the younger generation that's seen a rapid increase of cases over the last decade, and if you're Black, your risk is 20% higher than most, which increases even more for men, who are already 30% higher than women in the risk category.

The reasons are not clear, but doctors have general ideas.

"We know there are risk factors, like diet, exercise, smoking, obesity, and things like that, that play into this, but I think access plays a big part of that," Dr. Michael Driscoll, a medical oncologist, with Norton Cancer Institute said.

Insurance for most people, will only cover the costs of cancer screenings, if they're at or above the recommended age. For colon cancer, it's 45, unless you have a family history. In that case, screening should start earlier at age 40 or 10 years sooner than the age their relative was diagnosed.

"Any person with CRC under the age of 50 should also undergo genetic testing to make sure they are not dealing with a hereditary cause, such as Lynch Syndrome, which affects 1 in 279 of all races and both sexes," Dr. Whitney Jones, with the Colon Cancer Prevention Project said. "It's the most common cause of genetic colon cancer in America. Family history is critical."

"The colonoscopy is the gold standard," Dr. Driscoll said.

The problem: it's developing well before our golden years, and often times, has already spread before we start experiencing symptoms.

If this is happening to you, demand a test and nothing less.

Still, close to 53,000 colon cancer patients will die this year. "Black Panther" star Chadwick Boseman was one of them.

"We were actually watching television together when it came on as breaking news," said Durrett. "It felt as if Chadwick was a member of our family because at that moment, John's life and Chadwick's life were parallel. There were so many similarities, it was scary."

She said the two sat in silence for the next 10 minutes. They know the numbers aren't in their favor.

People with Stage 4 Colon Cancer have less than a 10% survival rate.

But that's not stopping Wagner from trying.

"My goals are set high. I'm going to beat this. I can't let it get me down. There's no giving up," Wagner said.

In Kentucky, about 70% of people above the age of 50 get screened. It's about 68% in Indiana. Dr. Driscoll says that's not good enough.

Kentucky leads the nation in both under age 50 CRC incidence and overall CRC incidence. "But our screening rates are improving more rapidly than any state in the nation," Dr. Jones said. "Also, due to the long work of many organizations, screening rates and outcomes are equal for both blacks and whites. Our greatest disparity in outcomes is actually in Appalachia."

Kentucky state laws - by statute - in CRC screening coverage, follow the American Cancer Society guidelines, stating people with no family history of polyps or CRC can be covered for screenings at age 45. Medicaid's included.

Dr. Jones says, "on-time screening at age 45 with a colonoscopy or home stool tests (FIT or stool DNA, Cologuard) will save many lives if we can get the word out. Choice gets more people engaged in screening due to shared decision making."