Misdiagnosed for years: Lewy Body Dementia and its steady decline

"He said I see wild animals and monsters and they're staring at me, and it looks like they're ready to pounce," Marilyn Massey said. 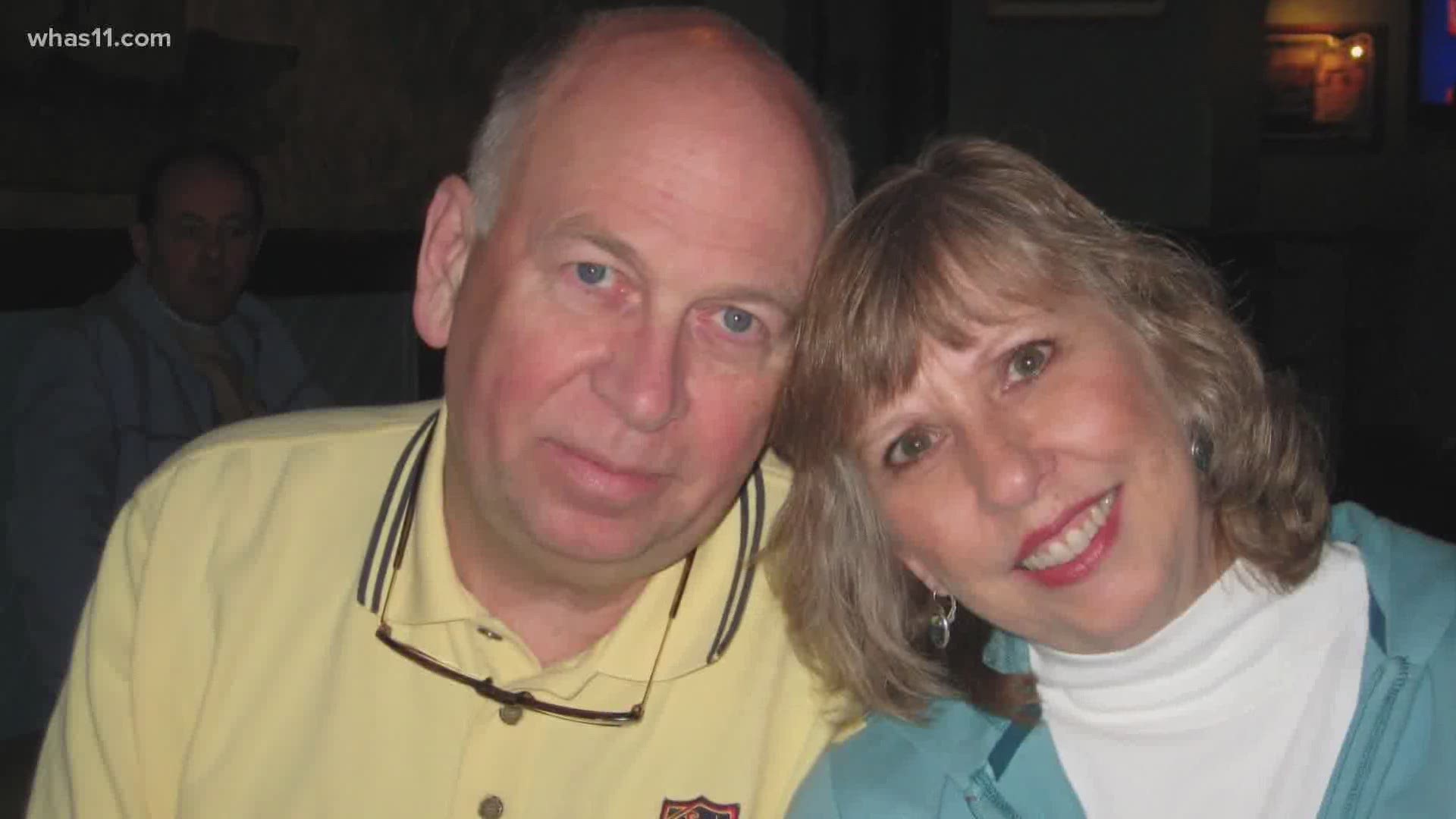 LOUISVILLE, Ky. — It's often overshadowed by Alzheimer's disease and Parkinson's, leading to misdiagnoses in hundreds, if not thousands, of patients. In reality, they're struggling with Lewy Dody Dementia (LBD).

It's a complicated disease the widow of actor Robin Williams once called "the terrorist inside my husband's brain." The disease is highlighted in a new documentary, Robin's Wish.

It's affected more than a million people, including Baseball legend Tom Seaver, who died in August.

It's a battle Bob Massey fought for years before it was given a name.

If you ask his wife Marilyn Massey, Bob was brilliant, quick-witted, and funny. But nothing compared to his smile. He was a University of Louisville grad, who rose to the top in his field as an engineer, becoming the director of operations in Southeast Asia for Borg-Warner Chemicals at just 38. He was a father of 3 and grandfather to 4.

Credit: Marilyn Massey
Bob Massey with his wife and 3 children.

Then, in 2011, Bob started having trouble sleeping. He went to a sleep clinic and was diagnosed with REM Sleep Disorder.

"They act out their dreams and they can be really aggressive and violent sometimes," Marilyn Massey said.

He was given Clonazepam, which worked, but a year later, more symptoms made their appearance.

Things would come and go, like the expression in his face and his loss of smell. He developed a slight hand tremor and was tired most of the time. Bob's wife said, when he did smile, he said he felt like he was smiling 'like a clown.'

"He'd forget how to use the TV remote and that was his thing. The security system in the house, he forgot how to do," Massey said.

At the time, they were told he had Mild Cognitive Impairment. Marilyn didn't buy it.

"There was nothing mild about it," she said. "I insisted that Bob stop driving. This was after a wild and crazy ride down Shelbyville Road. Bob’s reaction time and depth perception were getting very bad. He agreed to stop until the doctor told him that he could drive again. After some cognitive testing, the doctors told him not to drive. This was one of the most difficult, painful losses for him during the entire illness. Bob was aware enough to know the freedom that he was losing."

They searched for a second opinion and found Dr. Justin Phillips, a neurologist with Norton Neuroscience Institute, who ordered a DaTscan and diagnosed him with Lewy Body Dementia. The condition impacts thinking, memory, behavior, and movement, and results in a progressive decline in mental function.

"This is not something that can be made with one encounter with your physician," Dr. Phillips said.

MORE: 10 Things you should know about Lewy Body Dementia

Dementia with Lewy bodies is the second-most common type of neurodegenerative dementia after Alzheimer's disease. It affects more people over the age of 60, and men more than women. While there is no medical treatment to stop the progression, some medications typically used for Parkinson's and Alzheimer's may help, but they can be risky, sometimes making the same symptoms worse.

"Regular physical exercise can actually slow down the disease and that's something we recommend to all of our patients," Dr. Phillips said

Bob found a Rock Steady Boxing program in Clarksville to keep up his mobility. He even threw a few punches at Evander Holyfield during a meet and greet one day. Both he and Marilyn also joined support groups.

"Louisville’s support system for Parkinson’s is really amazing. They are a wonderful group of knowledgeable people," Massey said.

Then, a year into Bob's diagnosis, hallucinations began. He saw women, men, children, babies, and a dog. Bob called them his “shadow people.” He said he knew they weren’t real, so he wasn’t afraid. But overtime, they got worse.

"He said, 'I see wild animals and monsters and they're staring at me and they're ready to pounce,'" Massey said.

"Bob was afraid of me one day and said that I wasn’t his wife, but that I was a trickster," Massey said. "He quizzed me about our wedding date and about our children, and about his middle name. Hours later, he accepted who I was. I had been told to prepare an escape for myself in case Bob unexpectedly turned on me. I started being very careful. Luckily, I never needed to test my plan."

The symptoms would come and go for a couple more years. One day, he couldn't stand on his own. Then, days later, he was dancing at his daughter's wedding.

"There wasn't a dry eye in the place when he danced with her," Massey said.

He went into Hosparus the next year.

"He'd say there was a train that came through his room at night," Massey said. "He wasn't sure if he was supposed to get on it. He said he didn't know how to get a ticket. I'd read books about them 'passing' and I knew that could be a sign and I said, do you want to get on the train? He said, I don't know yet. I said, if you decide you want to get on the train, go ahead and get on. They'll take care of your ticket and I'll catch a later train and meet you."

While his diagnosis may have not changed his outcome, his wife says it was better to know what their family was facing. If there was any advice she could give, it would be to make memories while you can.

"Do something fun every day and know that you have a large support group," Massey said.

If you or someone you know is suffering from Lewy Body Dementia, there is help.

The Lewy Body Dementia Resource Center can connect you with more than 8,000 resources and provides a live helpline: 516-218-2026.

Lewy Body Dementia Association (LBDA) is a nonprofit organization providing information and assistance to individuals with the disease, caregivers and medical professionals. Call LBDA at 800.539.9767.

The Alzheimer's Association can help you learn more about Alzheimer's and other dementias, and help you find local support services. Call our 24/7 Helpline at 800.272.3900.

The Social Security Administration (SSA) has a "compassionate allowance" program in which workers diagnosed with Lewy body dementia can qualify for Social Security disability benefits. Call the SSA at 800.772.1213.

RELATED: Scientists close in on blood test for Alzheimer's