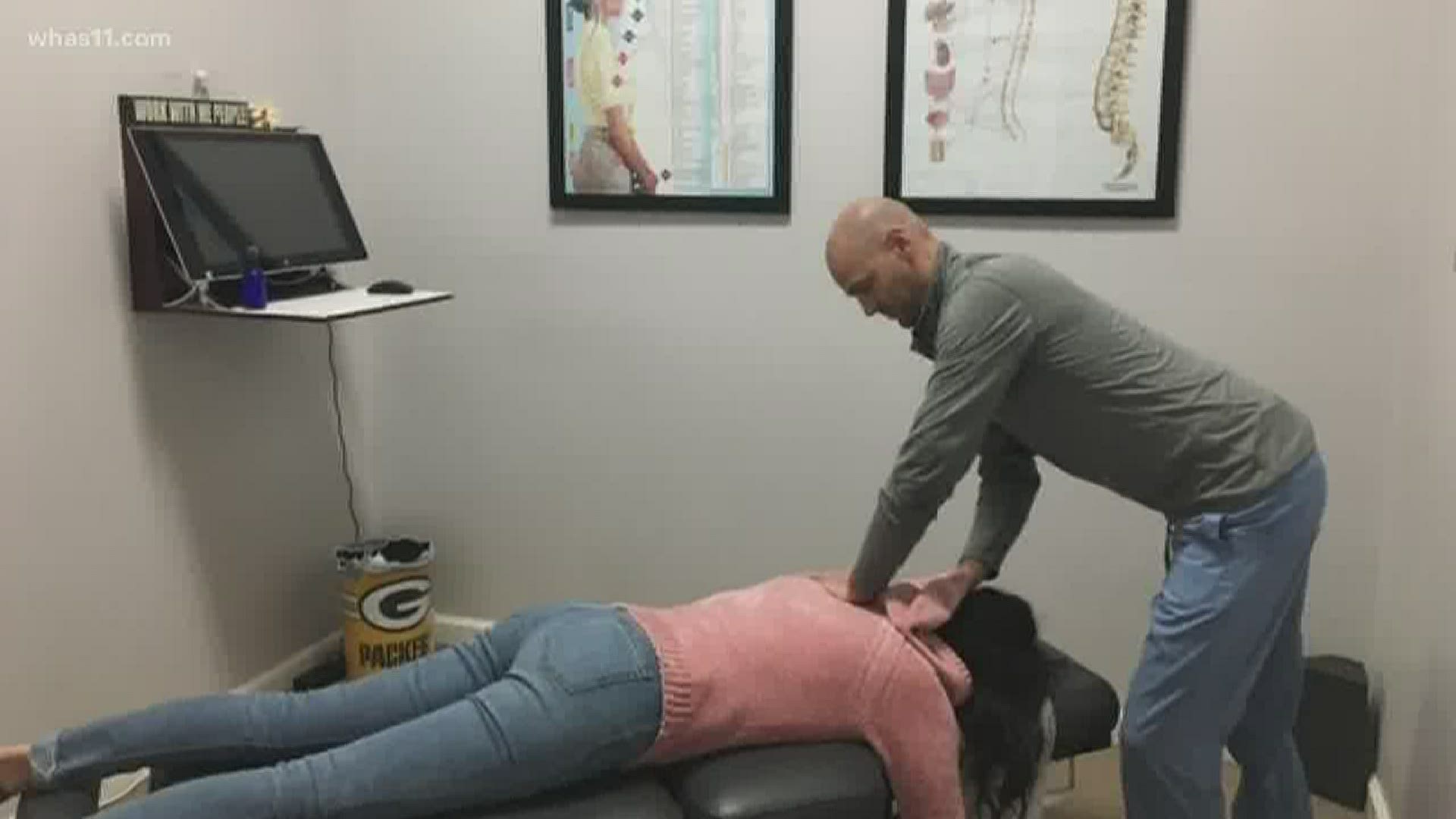 LOUISVILLE, Ky. — Kentucky chiropractors have been out of business for almost a month after Gov. Andy Beshear deemed the industry "non-essential." Some Kentucky lawmakers wanted to change that and proposed a bill, but on the last day of the session, the bill was not heard.

"I've got policemen, I've got firefighters and I've got nurses that are on the floor 14, 15 hours a day and they want to see their chiropractor," Rep. Kevin Bratcher (R) of Louisville said.

Bratcher added a amendment to Senate Bill 136, which would allow chiropractors to operate as essential healthcare workers.

"It will allow chiropractors to operate as long as they're following CDC guidelines," Bratcher said. "The reason I'm doing this is because Kentucky is the only state in the union that has chiropractors completely shuttered down and nobody can seem to find out why that it is."

But the bill died in the Senate, meaning Kentucky chiropractors will have to keep their doors closed until Beshear lifts his executive order.

"I'm having to turn these patients away, advise them over the phone the best I can, it’s just a big challenge for everybody, lots of problems right now,” Dr. Jason Ollis of Ollis Chiropractic said.

Ollis has been practicing for almost two decades. In late March, he had to close his Louisville office, telling patients he'd be putting their care on pause.

The executive order defines non-essential as "non-emergent, non-urgent in-person medical, surgical, dental or any other healthcare provider." Typically, chiropractors are considered essential, but Beshear asked the offices to close because the hands-on work would make it impossible to maintain social distancing.

"We're very conscious of how to keep ourselves and patients safe so I was very frustrated,” Ollis said. "I understand there has to be come restrictions at this time and I understand there are some concern, but we have to also consider the bigger picture, and I think that's the challenge here."

Now, Ollis says his patients are suffering, especially those recovering from serious injuries.

"How do I help them? What do I do for them? That's some of the public outcry that's frustrating not only for us as chiropractors, but the patients in our community," he said.

Ollis also said he is weighing his options, even considering getting licensed in Indiana and working out of his brother’s chiropractic office, which is still able to operate.

"The long term may be that Kentucky chiropractors need to leave the state and abandon chiropractic in the state of Kentucky completely, and get licensed in 49 other potential opportunities”, Ollis said.

RELATED: Chaplains give inside look at Louisville hospitals dealing with COVID-19