Officials with Jefferson County Fire and ISP entered a cruiser as it was about 80 degrees outside. After 15 minutes inside the vehicle, it reached 120 degrees. 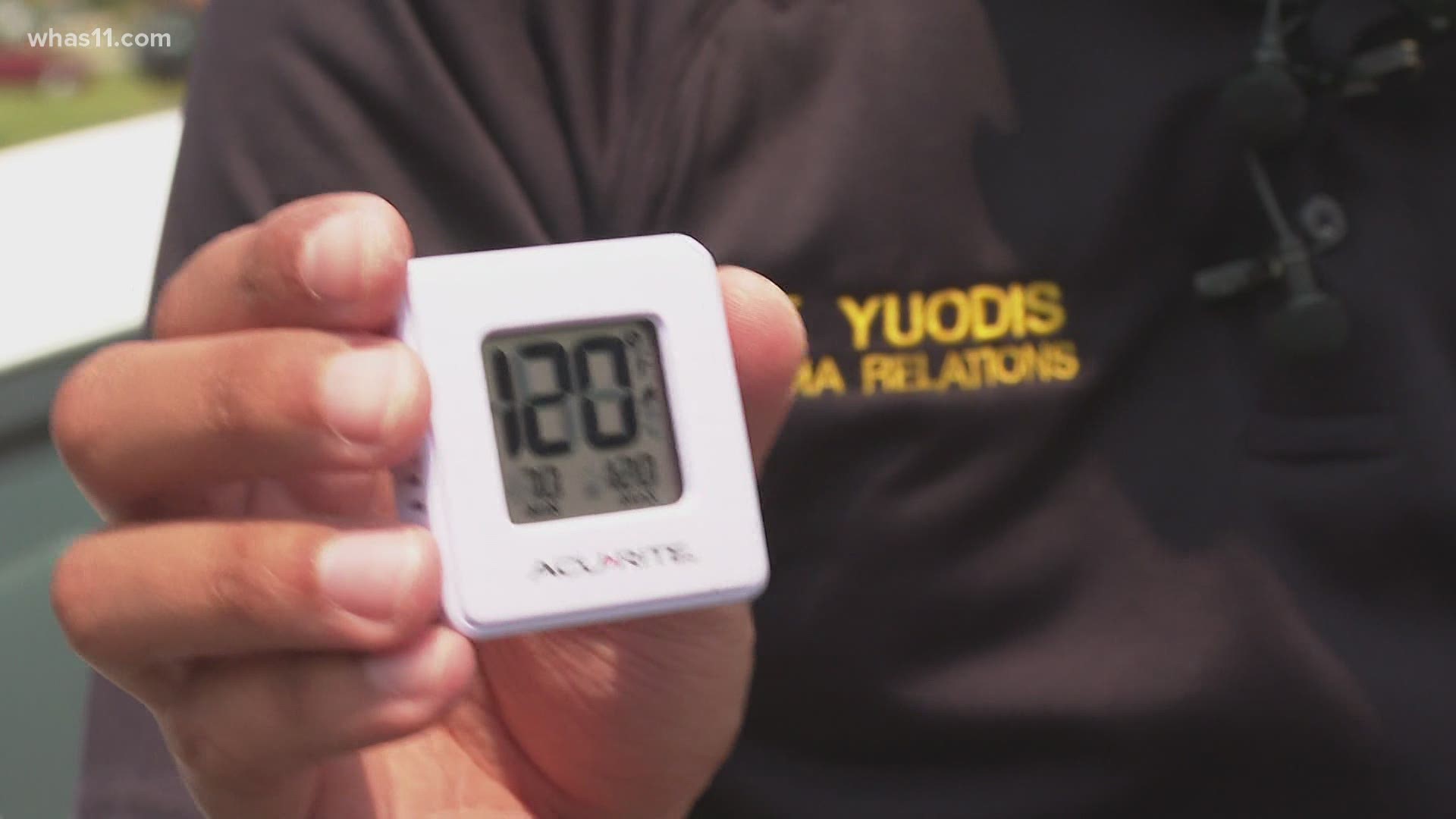 LOUISVILLE, Ky. — Summer is in full swing, and as temperatures ramp up to nearly 100 degree this upcoming weekend Jefferson County Fire and Indiana State Police (ISP) teamed up to how dangerous a hot car can be this time of year.

Officials entered an ISP cruiser with the doors and window shut-- it was about 80 degrees outside. However, after just 15 minutes inside the vehicle, a thermometer read 120 degrees.

The first responders said they had to get out when they started feeling light headed, they had their vitals checked and drank some water.

"People would be alarmed how many times throughout the day first responders across the country are responding to these calls — that are easily so preventable," Jefferson County Fire Department PIO Jordan Yuodis said.

ISP said on average, 38 children under the age of 15 will die each year from heatstroke after being left in a vehicle and 2018 ad 2019 were record years with 53 deaths each year.

The United States Department of Transportation and the National Highway Traffic Safety Administration (NHTSA) advises that parents should never leave a child in a car unattended even if the car is running. As well as to make a habit of checking the entire car before locking the door and walking away.

Additionally, if you witness a child alone in a locked car, call 911 immediately.

Earlier this year Louisville Metro Council passed an ordinance that makes leaving an animal unattended in a hot car illegal.

For more information from the NHTSA on preventing hot car deaths, click here.