'It ain’t worth your body': Kentucky students, teachers speak about vaping crisis 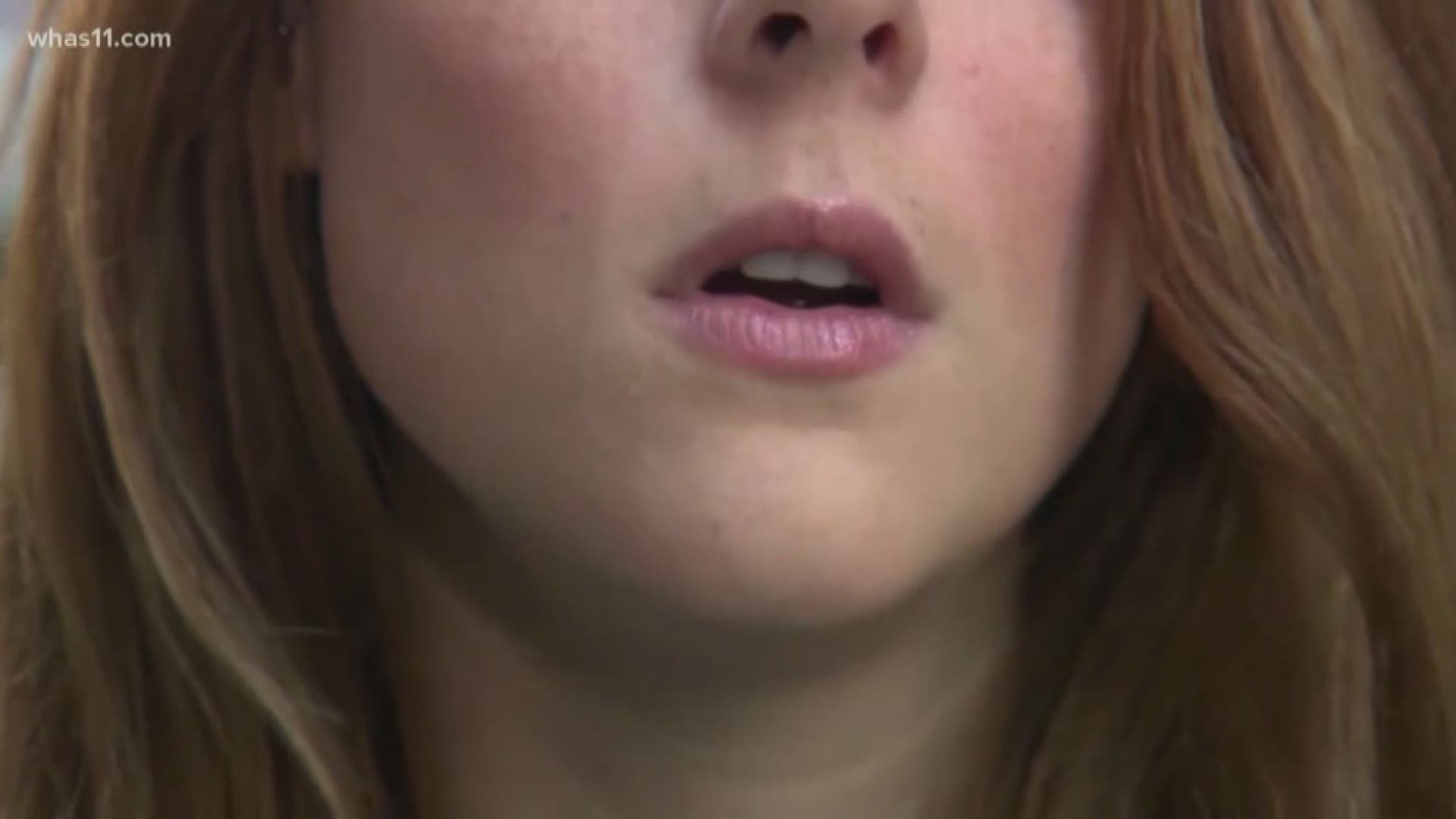 MT WASHINGTON, Ky. — After spending 10 years as a school resource officer in Jefferson County Public Schools, Bill Willhoite was hired as an SRO for Bullitt East High School last January. In the year that he's worked at the school, he said fighting or behavioral issues were not his biggest problems–it was vaping.

“For the most part, the violence really doesn’t exist that much here,” Willhoite said. “The vapes [are the biggest problem]. We are always talking to and catching the kids vaping.”

Willhoite has just some of the vape pens he has confiscated on his desk, and said the number he confiscates is only a fraction of the number of vape pens and smokers in the school.

“They’re everywhere,” Willhoite said. “What you see right here on the desk is not the number of kids using it, because they share.”

Sarah Smith, the director of Safe and Drug Free Schools, agreed with Willhoite, saying the number of students using vape pens is much greater than the number of violations.

“It has increased by two- and three-fold the amount of violations that we are seeing, and that’s just those that we are catching,” Smith said.

"It was just more discreet."

Before vaping pens, the smell and smoke that followed cigarettes made it easy for teachers and administrators to spot students smoking in school. Teachers said the introduction of devices without much of a smell resulted in an increase in underage students vaping nicotine and THC products, while making it harder for teachers to detect vaping.

“When they were smoking you could always smell it in the bathroom, they’d always get caught,” Bullitt East health teacher Dona Hare said, “but with vaping it was just more discreet.”

Hare said she has a new protocol in her classroom, where she keeps a record of who left for the bathroom at what times. Those kinds of changes, Smith said, are negatively impacting teachers and administrators, as they have to spend time they could be using for instruction to investigate vaping.

Bullitt East Assistant Principal Tim Ridley said administrators and teachers regularly confiscate vape pens and make sure to educate students about the impact of those devices.

“We are seeing that our administrators are having a difficult time focusing on teaching students and teaching their teachers, focusing on instruction and student success, because they’re having to put so much time in the investigations and the violations of these devices,” Smith said.

“They went online, they used Instagram and Snapchat. They targeted kids,” Johnson said. “They knew what kids were receptive to and they put all of their marketing efforts into making their product appeal to children.”

Johnson compared Juul’s marketing to that of Marlboro and Camel cigarettes in previous decades, saying Juul specifically targeted an adolescent brain desperate to fit in or be fashionable and cool.

“It was like seeing the big tobacco playbook all over again,” Johnson said. 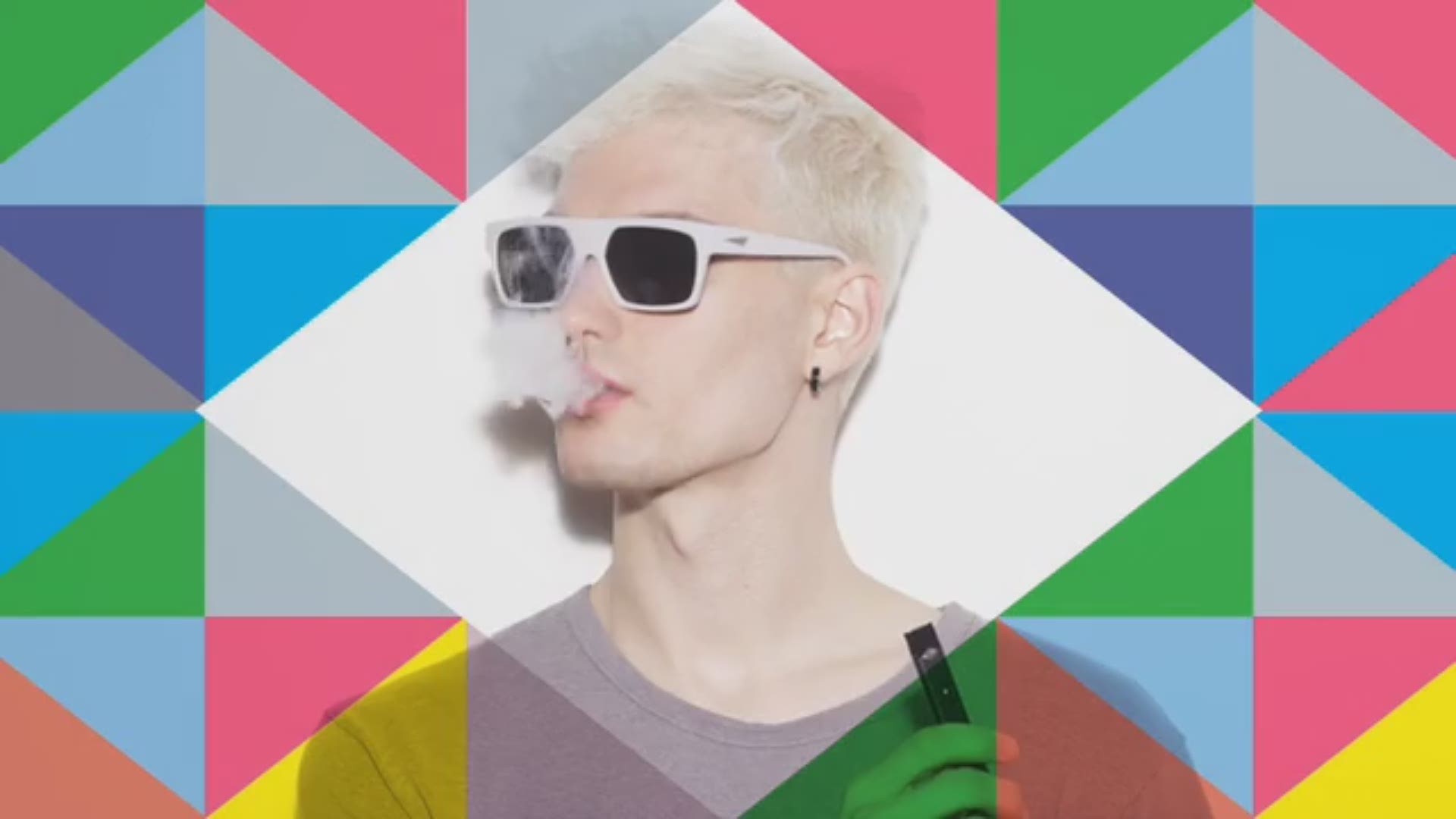 In a statement, Juul officials said the lawsuit was “without merit.” Juul said it has taken steps to curb access to products for people under 21, the legal age to purchase tobacco products. It also said it has never marketed to kids.

"It’s something you just can’t drop."

Brandon Fischvogt, a Bullitt East student, said he felt that not only were vaping products marketed toward him, but they were easy to attain at a young age.

Now 18, Fischvogt started Juuling when he was 16 years old. He said he received vape pens from older classmates and found them addictive and easy to hide from teachers.

“It gives you a 5-minute rush of straight nicotine buzz, and it kind of feels great,” Fischvogt said.

Justice Vandyke, another student at Bullitt East, started vaping at around 12 and said vaping gave him a sense of relief. He said he felt like manufacturers advertised it as a better option than smoking cigarettes or other habits.

“I feel like with all the pressures of being a teenager, the emotions, the high school experience, everything that goes on in our daily lives, I feel like they make it seem like that’s the best option to go with, thus marketing to us, which is why I feel so many of us have one,” Vandyke said.

Both Fischvogt and Vandyke said the addiction comes with serious physical and mental effects.

“It’s hard to get off. It gives you mood swings,” Fischvogt said. “I’ve already tried to just drop it, it’s something you just can’t drop.”

Once a football player, he said he feels like he's going to throw up any time he runs. Vandyke, who said he no longer vapes, told us he could barely run from one end of a hallway to another when he was vaping.

The Centers for Disease Control and Prevention reported vaping has contributed to nearly 2,800 hospitalized lung injuries and 64 deaths as of Feb. 4. In the past two weeks, several people—including a school nurse—have been hospitalized from Madison Consolidated Schools due to vaping-related incidents.

Fischvogt and Vandyke are not the only students struggling with nicotine addiction due to vaping. Johnson said a survey of Kentucky schools done by the Kentucky Incentives for Prevention found that the problem has been increasing in all age groups and all regions from 2014 to 2018.

“Their entire marketing scheme was aimed at children. By the time they’re seniors in high school in 2018, more than one-fourth of our students are using e-cigarettes,” Johnson said. “Whether it’s rural, urban, poor, rich, all kinds of students are addicted.”

Jefferson and Fayette County Public Schools, the two largest school districts in Kentucky, have joined Bullitt County in suing Juul. JCPS said it has seen a 61% increase in incidents related to vaping in the past year.

Fischvogt said he would never want his little sister Hailey, who is the same age as Vandyke when he started juuling, to vape.

If you or someone you know has been impacted by vaping, the FOCUS team wants to hear from you. Email focus@whas11.com to tell your story.