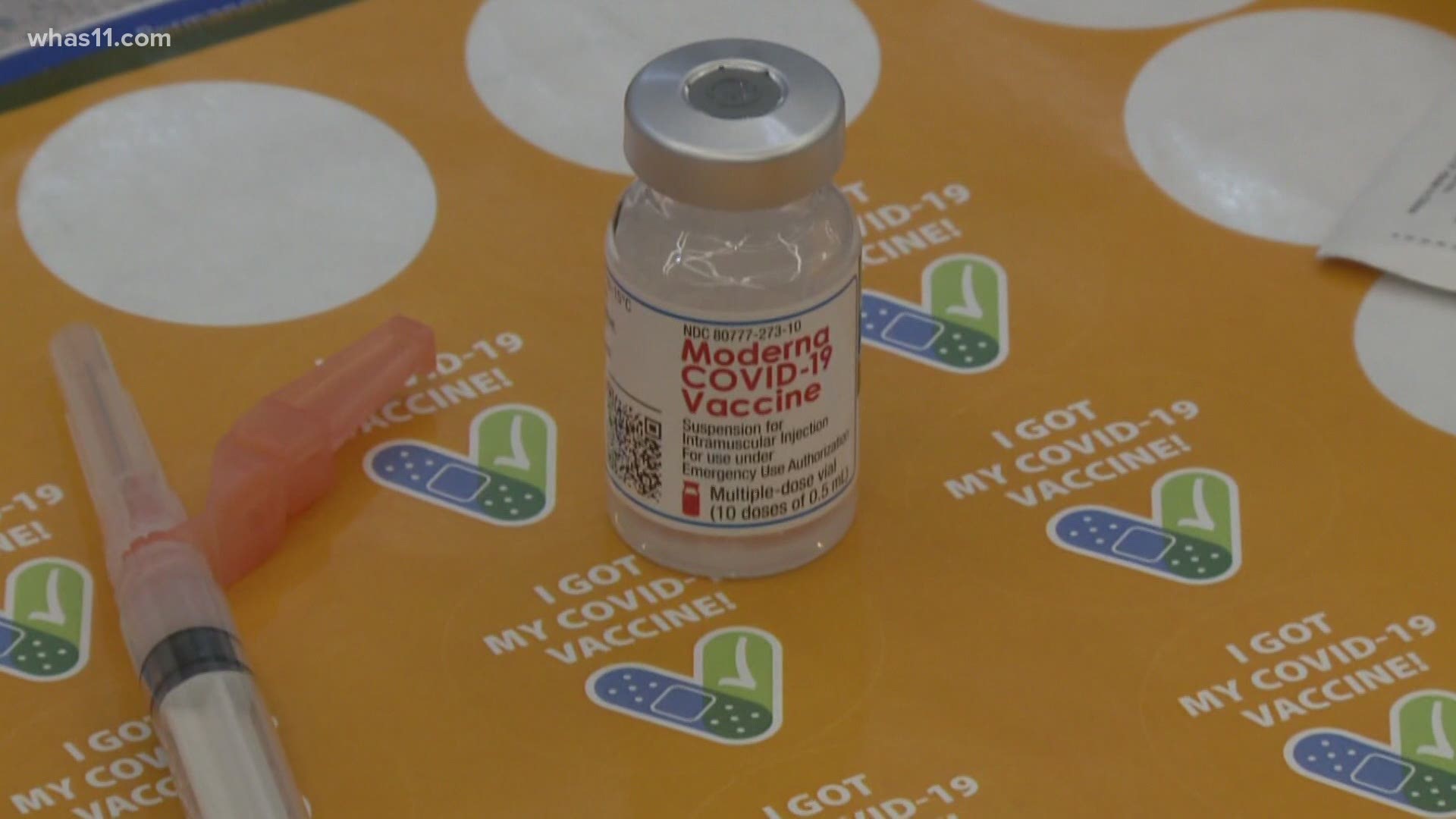 As of Friday morning, more than 114,000 doses of the vaccine have been administered in Metro Area. More than 28,000 people have received both doses.

Since opening vaccinations to educators more than three weeks ago, 16,000 public and private school educators have received the vaccine.

Kentucky remains in Phase 1B, which includes vaccines for teachers, first-responders and individuals 70 and older. Beshear said the state is "very close" in moving to Phase 1C, which will include those 60 and older, anyone with major risk factors like COPD, cancer or heart disease and those described as essential workers.

Part of this process is the expansion of vaccination sites across the state. Thursday, Beshear announced the addition of 150 sites including mobile clinics, Kroger and Walmart stores and 125 pharmacies.

Here at Broadbent this morning - @GovAndyBeshear is here as well for the weekly briefing. pic.twitter.com/5ydc8IprZz

Officials were also joined by Director of Louisville Metro's Office for Globalization, Sabeen Nasim, who spoke about how the office is making vaccine distribution more equitable serving under-served communities.

Nasim said getting the vaccine shots into arms of those in Louisville's international communities is her top priority. Fischer and Beshear echoed the same sentiments.

"The color of your skin and the size of your bank account should never matter when it comes to getting one of these vaccines," the governor said.

In this effort, Beshear announced that the state's partnership with Norton Healthcare to launch mobile vaccination sites at St. Stephen Church and Bates Memorial Baptist Church. Additionally, Beshear said he is in talks with FEMA to launch a vaccination site at Shawnee Park.

One of the hurdles to overcome in making vaccine distribution more equitable is supply. Beshear said he believes that the state could vaccinate a quarter million residents if supplies met the demand.