“You just fill your name out on a sheet and then you’re good to go. I mean it’s really convenient," said one man who got his vaccine at the mobile clinic. 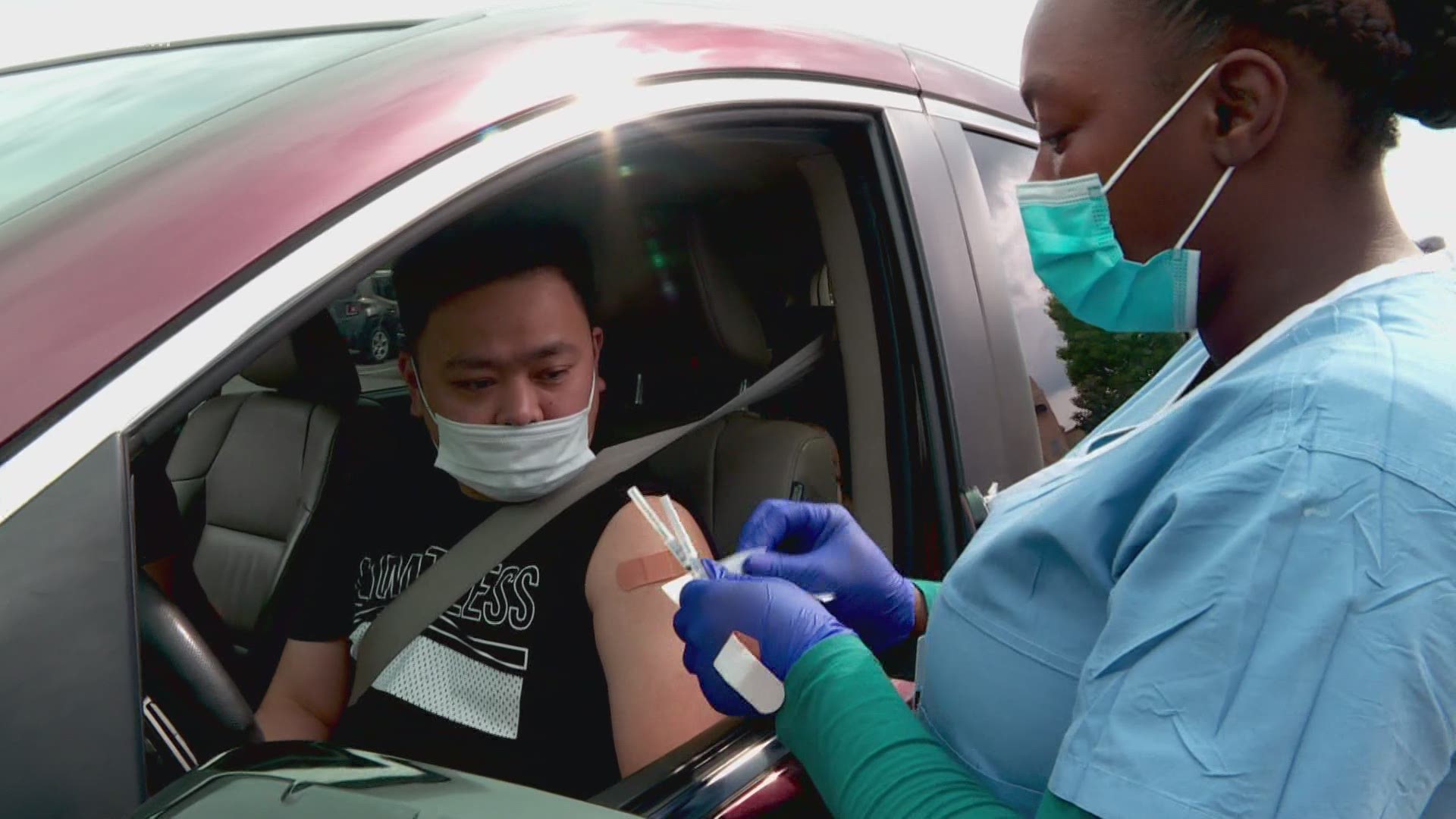 SIMPSONVILLE, Ky. —
As vaccine clinics around the area are seeing appointments go unfilled, including Louisville's mass vaccine site, health officials are branching out. To reach more people, mobile vaccine pop-up clinics are setting up. UofL Health operated a clinic at The Outlet Shoppes of the Bluegrass Thursday.

Russell Skow was visiting the outlet shops in Simpsonville with his daughter when he discovered the pop-up vaccine clinic.

"Coming for a Mother's Day gift and shop here and it's right where we parked and so it's hard to say no," Skow said. "Honestly, there wasn’t any line so that’s why we stopped.”

Skow said he was putting it off until now out of caution, but decided to spend a few minutes after shopping to get his first shot.

For Paul Placido and his wife, it was a different story. They had heard about the mobile clinic ahead of time.

"I think it's time to get the vaccine because I think pretty much everyone has one so that's why we decided," Placido said. "You don’t have an answer if you're not going to try it. That’s why we came here to try it.”

Placido said positive information about the Pfizer vaccine online helped him make the decision to get his first dose. He said he plans to follow through with getting his second dose as well.

It was that easy, Placido said, which is UofL Health's goal. It's trying to reach people where they are with the vaccine, instead of people needing to visit a hospital, or vaccine clinic to get one.

"It's difficult for people to get out especially when their lives are so hectic," Aaron Garofola, CEO of UofL Health Shelbyville, said. "And it's difficult to make time for a doctor's appointment or vaccine or whatever for us, so to be able to come out to them is very helpful."

Garofola said it's made convenient and will help them reach different populations.

"There was a lot of folks that didn't trust the vaccine or maybe didn't have the right information or didn't have access to that information," he said. "It's really going to be a matter of who we can get introduced to and influence.”

Jessi Galindo-Wheeler also received her first dose of the COVID-19 vaccine at Thursday's mobile clinic. She said she has been thinking about getting the shot for a while and finally followed through once the clinic was set up right where she works.

"I also work a lot so so the fact that it was free and able to right there where I was working was really good with my schedule," she said. "I think with the more people I've seen personally around me get it and they've been perfectly fine it just kind of makes it easier to do."

Galindo-Wheeler said she understands why some people are still holding off on getting the vaccine.

"Some people are just scared to get it because they don’t want to have to go to the doctor's office," she said. "It was so new people were scared of it because there was no way they came up with it that quickly."

UofL Health is setting up another mobile clinic at The Outlet Shoppes of the Bluegrass for people to get their second dose on May 27. Any unused vaccine Thursday is delivered to UofL Urgent Care and Emergency Rooms for patients.

UofL Health encourages anyone interested in receiving the vaccine to check their website for the most up to date information about vaccine clinics and future mobile sites.