'I had called 67 times': Teaches are eligible for COVID-19 vaccines, but appointments aren't easy

The state will officially move into Group 3, starting with educators and school staff, regardless of their age. 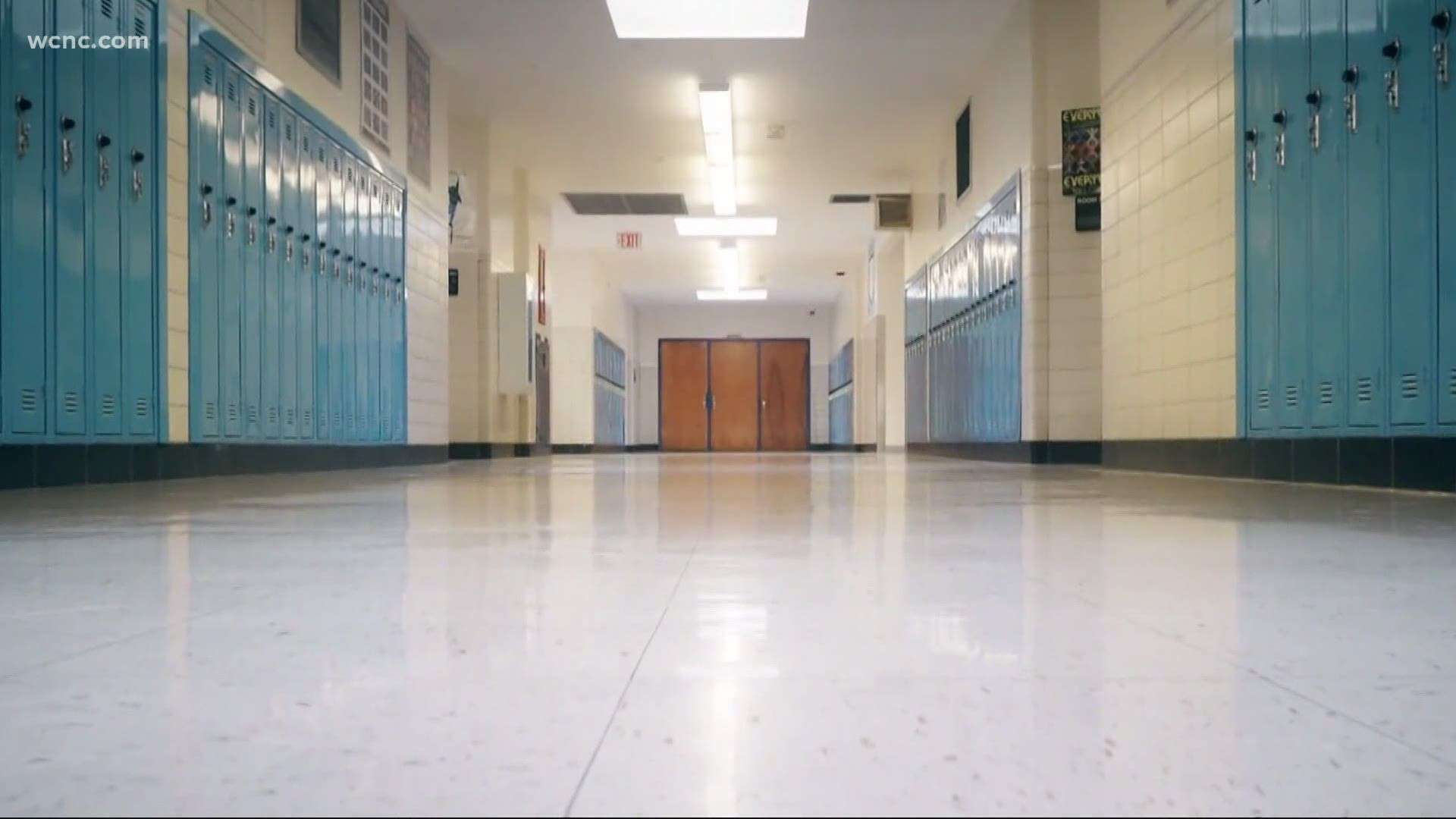 CHARLOTTE, N.C. — More than 2 million doses of the COVID-19 vaccine have been given in North Carolina. On Wednesday, 240,000 more people in the state will become eligible to roll up their sleeves.

The state will officially move into group 3, starting with educators and school staff, regardless of their age.

“I’m super excited about that," Courtney McNair, a high school teacher, said. "Our kids came back into the classroom on Monday so any other amount of extra protection that we can have against this crazy virus, it’s a good feeling."

This week, McNair went back inside her classroom for the first time in almost a year.

#BREAKING: CMS employees just received an email saying they will be able to get vaccine appointments through @NovantHealth at 2 different locations. The new site in East CLT (opening tomorrow) from 2/25-3/2 and McClintock Middle School on 2/27. @wcnc

RELATED: Where to receive your coronavirus vaccine in the Carolinas

“When I walked in on Monday, the date of March 13 was still on my whiteboard from when I went home. I actually had a teary-eyed moment,” she said.

She'll get vaccinated through Mecklenburg County’s health department on Thursday. She said getting a vaccine appointment felt like she hit the lottery because appointments have been so hard to come by, and it will continue to be a challenge until the supply of vaccines grows to meet the demand.

“I had called the Mecklenburg County Health Department 67 times,” she said. But many of her colleagues still haven't been able to nail down a date and time.

The transition into Group 3 comes while many in Groups 1 and 2 are still waiting for an appointment.

Tomorrow, educators and school staff will be able to get the COVID-19 vaccine in North Carolina. Courtney McNair just went back to her classroom for the 1st time in almost a year. She says many of her colleagues haven't been able to get an appointment like she did @wcnc pic.twitter.com/aaLYYvxGqC

RELATED: Does being fully vaccinated get you around New York's travel advisory rules?

“No matter how many phases we open up it's really about supply and demand and the ability for us to have more vaccines," Dr. Jerome Williams with Novant Health, said. "While we have seen an increase, it’s not an overwhelming increase."

Several local school districts have plans to vaccinate staff immediately. Gaston, Iredell-Statesville and Watauga County schools all have clinics planned for Wednesday and many other districts are holding events later this week and throughout the weekend.

CMS employees received an email Tuesday confirming they will be able to get vaccine appointments through Novant Health at two different locations: the new site on East Independence Boulevard in east Charlotte Feb. 25 through March 2, and at McClintock Middle School on Feb. 27.

Anyone who works in a school setting directly with children can try and schedule an appointment, including bus drivers and cafeteria workers. 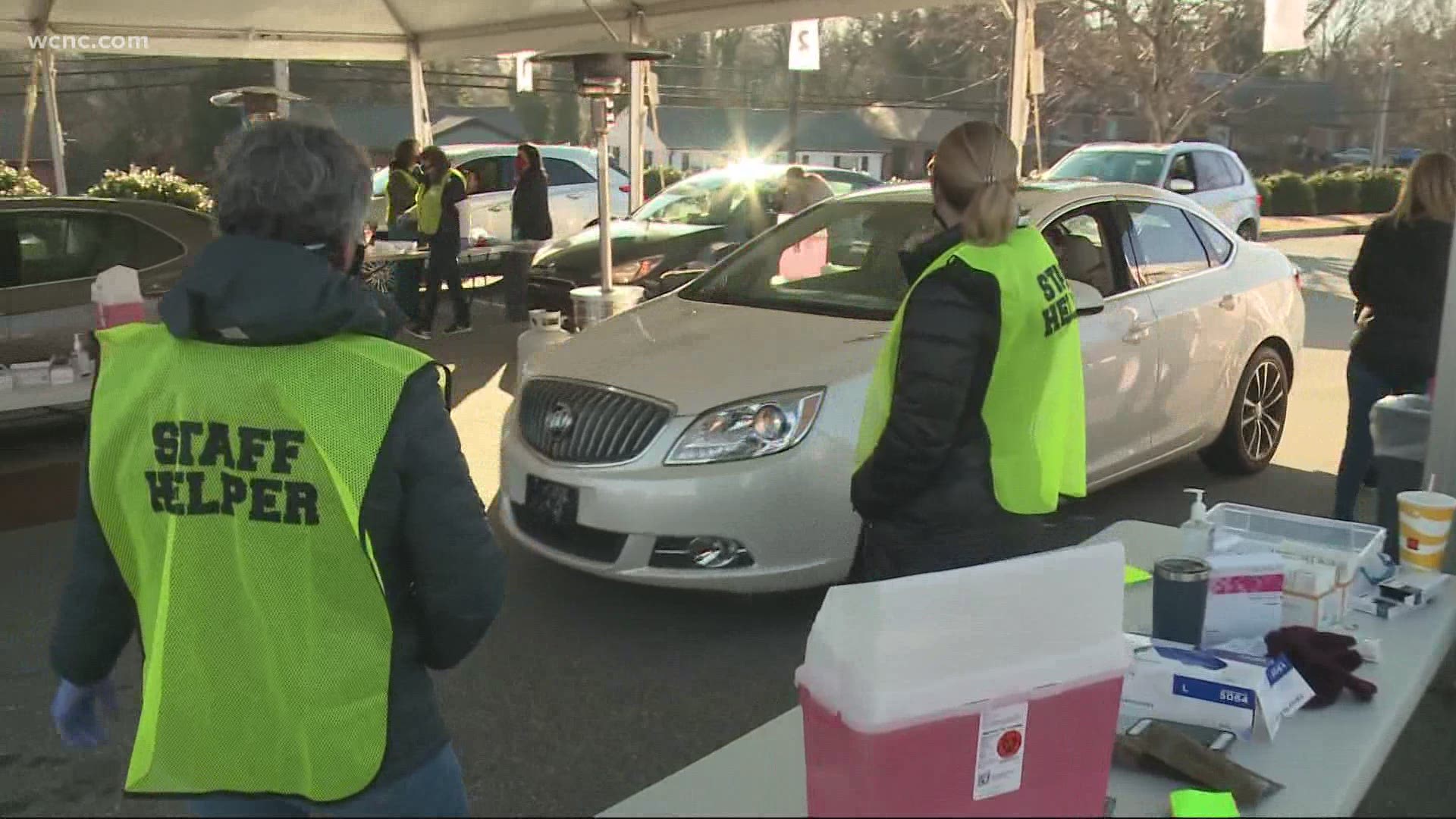 RELATED: Would your allergy prevent you from getting the COVID-19 vaccine?

Novant Health officials said more than 50,000 people in Groups 4 and 5 are pre-registered so that they can be notified when they are eligible, and an appointment is available to them. They recommend everyone do that.

Have a relative or friend in another state and want to know when they can get vaccinated? Visit NBC News' Plan Your Vaccine site to find out about each state's vaccine rollout plan.