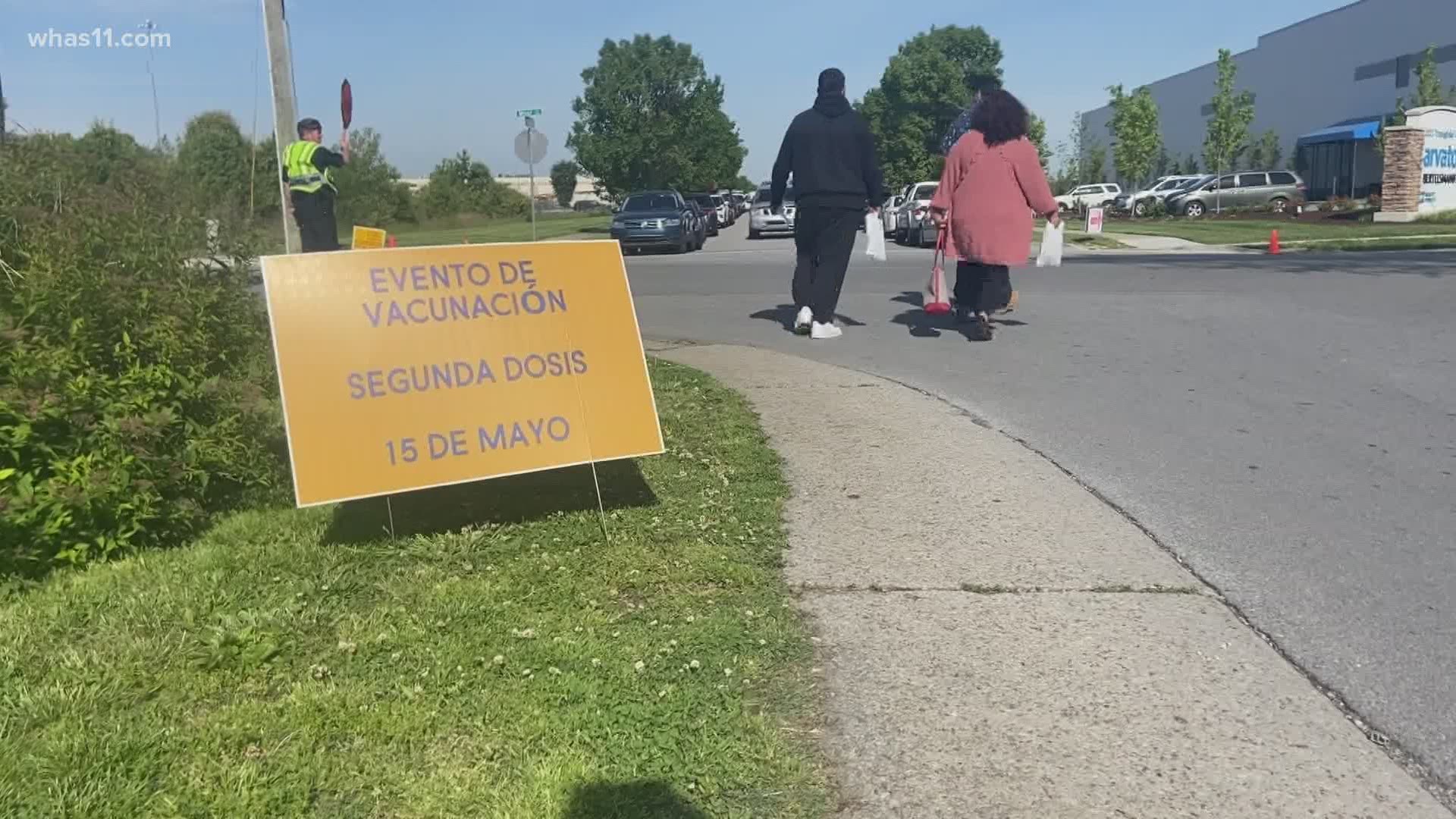 LOUISVILLE, Ky. — Hospitals, state and local government, as well as nonprofits have been focusing on expanding access to the COVID vaccine by bringing it to straight into people’s communities.

Getting the vaccine to people is not just about making appointments available, but giving people the best information to make a decision and caring about them personally.

“When we go to the community, we show that we care about that community,” Kentucky Nurses Association CEO Delanor Manson said, who was a part of Saturday’s event.

One of the biggest barriers in the Hispanic community is language. During the vaccination clinic, there were translators available who were knowledgeable about the vaccine.

Lopez speaks both English and Spanish. She got her second vaccine at the pop-up clinic Saturday. She came to this location in particular because she is familiar with one of the partnering organizations, La Casita Center.

“Since the community is so welcoming, it makes you feel safer, which is why I came here today.”

The organization WellCare of Kentucky and La Casita are partnering again for a free vaccine event on May 23 from 9 a.m. until 2 p.m. at 2900 7th St. Rd.

WellCare is also coordinating a Memorial Day weekend vaccination event in Iroquois Park to reach the Hispanic, Vietnamese and Somali populations in that neighborhood.