Gov. Beshear is also expected to discuss recent trends and how the state continues to vaccinate faster than it receives doses during his press briefing on Monday. 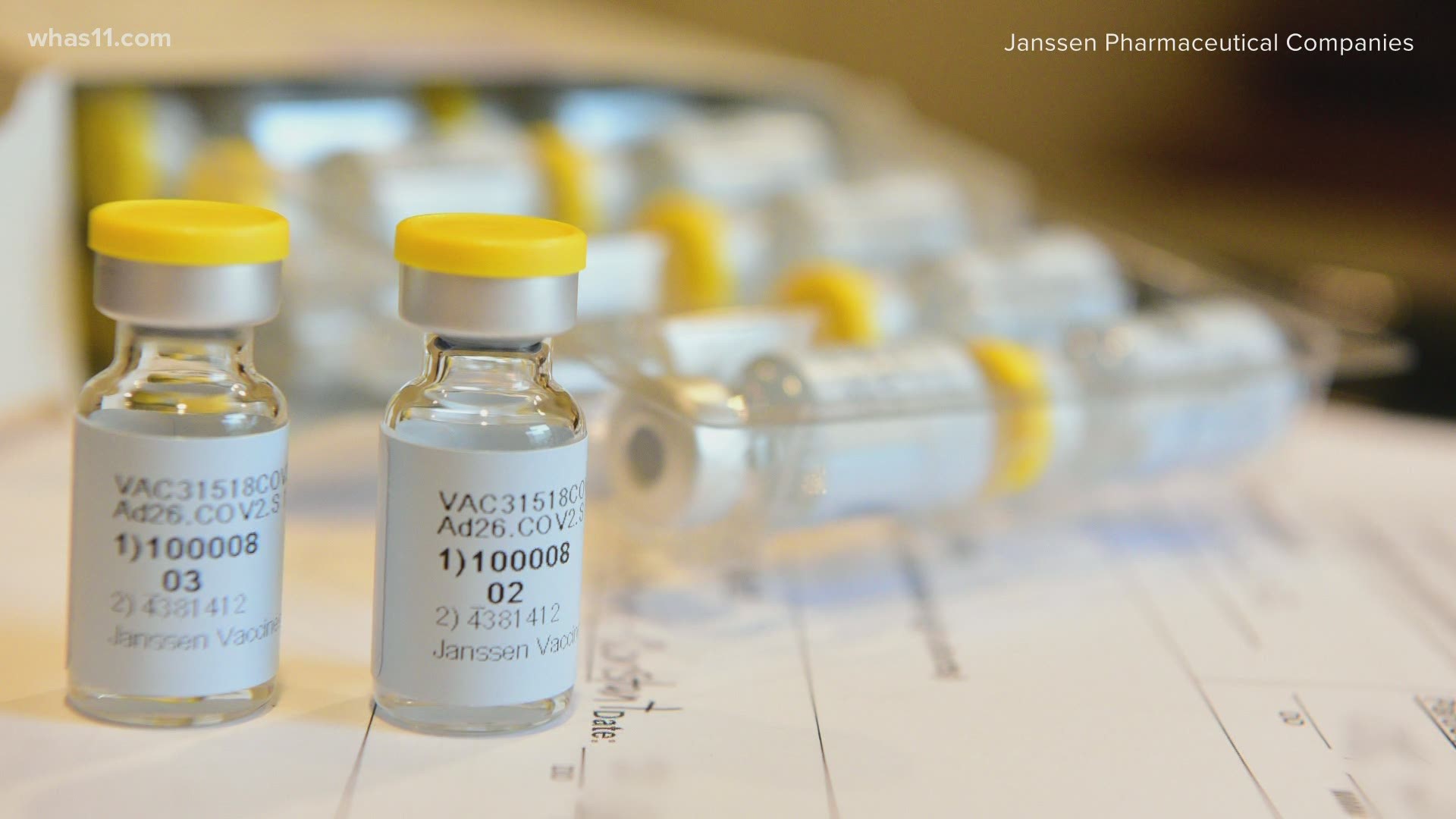 FRANKFORT, Ky. — This blog is updated daily with the latest information on coronavirus from Kentucky Governor Andy Beshear and health officials. Beshear will hold press conferences Monday, Tuesday and Thursday at 4 p.m. EST.

Kentucky continues to see a decrease in weekly cases for the third straight week as officials announced 1,768 new positive cases of COVID-19.

Officials also reported 31 new deaths, this pushes the total up to 3,745 lost to the virus.

There are 1,327 Kentuckians hospitalized, 354 in intensive care and 173 on a ventilator.

Kentucky marked another milestone with more than 4 million Kentuckians tested for the virus.

The state has reported 362,890 cases since tracking the virus began last March.

Gov. Beshear is also expected to discuss recent trends and how the state continues to vaccinate faster than it receives doses during his press briefing on Monday.

Kentucky continues to see a decrease in new COVID-19 cases compared to previous weeks as officials reported 2,649 more on Saturday.

The governor also reported 46 new deaths which brings the statewide total to 3,714 lost to the virus.

The state's test positivity rate has declined to 8.75%.

“Our declining positivity rate shows that Kentuckians are continuing to make those small sacrifices we’ve been talking about all year in order to protect each other until we get enough vaccines for everyone who wants one,” Gov. Beshear said in a release.

Governor Andy Beshear announced 2,947 new cases of COVID-19 in Kentucky. This is the lowest daily case total announced on a Thursday in four weeks.

The state’s test positivity rate is down to 9.04%.

Starting Feb.1, the governor said all vaccination sites will prioritize the 70+ age group in phase 1B.

The state unveiled a new website and hotline to help Kentuckians determine when they are eligible to receive the vaccine and where to get it. The hotline will be open 8 a.m. - 7 p.m. EST. Monday-Friday.

The state announced the first regional vaccination site which will be operated by Kroger. It will be at the Alltech Arena at the Kentucky Horse Park in Lexington. In the first week, this site is expected to vaccinate 3,000 people.

The first Kroger site will open at 10 a.m. Feb. 2. Vaccines are available by appointment only and will prioritize those in phase 1A and those 70+ in phase 1B. To register, visit Kroger.com/CovidVaccine.

The governor said more Kroger regional vaccination sites will be announced in the coming weeks.

Three more regional sites from other providers were also announced -- Ephraim McDowell Hospital in Danville and Western Baptist and Lourdes Mercy both in Paducah.

Governor Andy Beshear announced 2,424 new cases of COVID-19, which was the lowest number of cases reported on a Wednesday in four weeks. He also reported 47 more deaths.

There are currently 111 Kentucky counties in the red zone and the state’s test positivity rate is 9.35%.

The governor and State Health Commissioner Dr. Steven Stack said the biggest challenge the state faces in vaccine distribution is supply. They expect to provide an update on vaccines during Thursday’s briefing.

Dr. Stack also addressed the B117 variant of the coronavirus which was found in two Kentuckians. He said the variant is not more dangerous to the individual who is infected with it, but the variant is more contagious, making it easier to spread quickly. Dr. Stack said the vaccines available are effective against the variants of the virus.

Two cases of the COVID-19 variant from the United Kingdom have been confirmed in Kentucky, Gov. Andy Beshear announced.

The variant is believed to spread more aggressively, and Beshear said Public Health Commissioner Dr. Steven Stack will discuss the implications of the strain during Wednesday's press briefing.

The governor also spoke about the federal government's decision to increase each state's COVID-19 vaccine supply by 17%. Beshear said they are guaranteeing a minimum supply for three weeks straight to allow states and health care providers knowledge on the next week's amount in advance.

Kentucky is seeing a low number of COVID-19 cases in weeks, according to Governor Andy Beshear.

He said the state is seeing a two-week straight decline of cases and contributes the steps put in place in December that helped with the decline.

The state’s positivity rate also fell below 10% for the first time since New Year’s Eve.

The governor said schools around the Commonwealth are not reporting their COVID-19 numbers daily and every week. He said last week alone, 1,321 students and 602 tested positive for the virus.

At least 5,422 students and 780 staff were quarantined for the first time last week.

With winter sports happening across the state, 27 sports teams have been placed on quarantine.

Beshear says the state has used 88% of all of its first doses in the state program. The state set a record of 82,511 new people who received their first COVID-19 vaccine, up 4,000 from the week before.

Beshear says the first doses have been provided to all long-term care facilities. If they are a facility that has not received all their vaccines, they should contact his office.

This morning, the City of Louisville announced the Metro COVID-19 Utility Relief Funds. Jefferson County residents with an outstanding utility bill balance and facing financial hardships can receive a one-time credit of up to $500 for bills with LG&E or Louisville Water/MSD. The funds are dedicated to anyone who have a past due amount between March 16 and Dec. 31, 2020.

To apply, people are asked to call their local Community Ministry, schedule an appointment with Neighborhood Place at (502) 977-6636 or visit LG&E or Louisville Water's online portals.

For those outside of Louisville, Governor Andy Beshear announced a $38 million fund for utility assistance. Local governments will have to request the money which will then be given to residents in need. Each government can get up to $200 thousand for assistance in their communities.